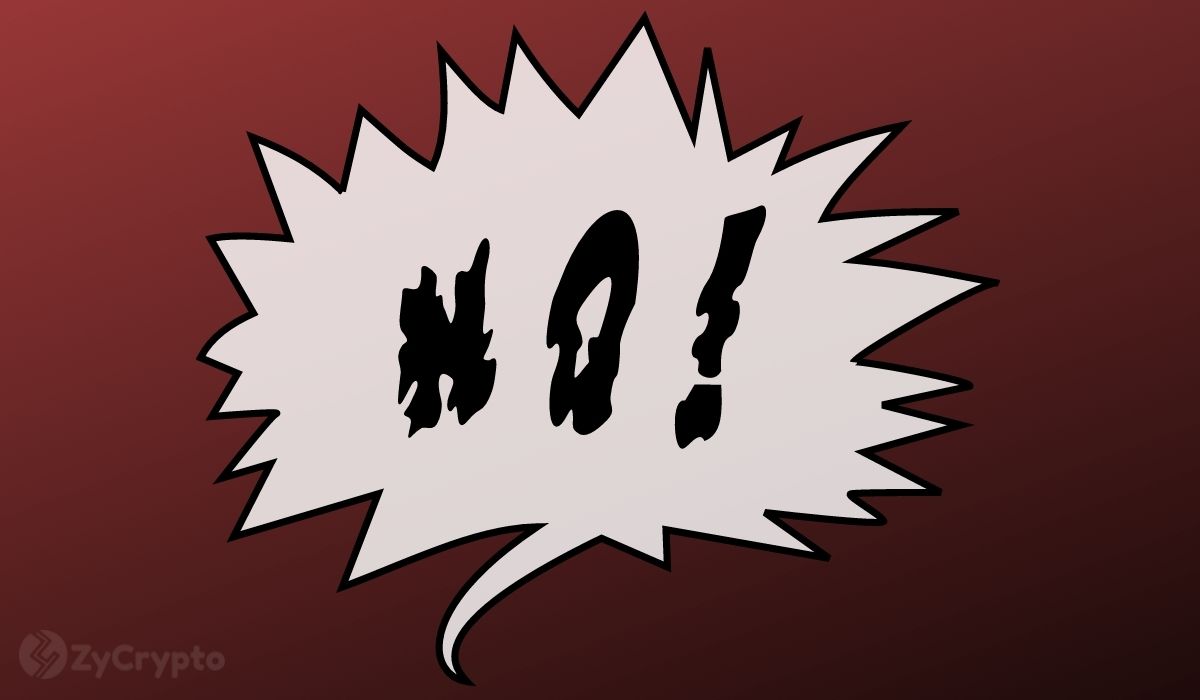 Whether they are selling their own non-fungible tokens (NFTs) or spending millions of dollars collecting from the most popular sets, celebrities are flooding into the budding NFT space.

Not American rapper-turned-fashion designer Kanye West though. In a recent Instagram post, Mr. West asked his fans to stop asking him about NFTs as he is only interested in creating real products in the real world.

Don’t Ask Kanye West To Do A F***ing NFT

The flamboyant artist shared a handwritten note on a piece of paper with his 10.5 million Instagram followers, demanding that he should not be asked to join the NFT craze.

“My focus is on building real products in the real world. Real food. Real clothes. Real shelter. Do not ask me to do a f***ing NFT,” the note read.

Just to be sure that his message was well understood, Kanye went ahead to caption in all caps: “STOP ASKING ME TO DO NFT’s I’M NOT FINNA CO-SIGN … FOR NOW I’M NOT ON THAT WAVE I MAKE MUSIC AND PRODUCTS IN THE REAL WORLD.”

Non-fungible tokens are cryptographic assets that contain identifying information of digital media recorded in smart contracts. From Snoop Dogg to Justin Bieber, Grimes, Kings of Leon, Eminem, The Weeknd, and Jimmy Fallon, stars and entertainers are riding the wave of enthusiasm for NFTs.

Even so, Kanye West won’t be joining the trend any time soon. He, however, seems open to exploring NFTs in the future, concluding his note with “Ask me later”.

Ye, whose Donda 2 album is slated for release on Feb.22, is a big proponent of bitcoin. During a podcast interview with Joe Rogan in 2020, he applauded “Bitcoin guys” for acknowledging what the “true liberation of America and humanity will be”.