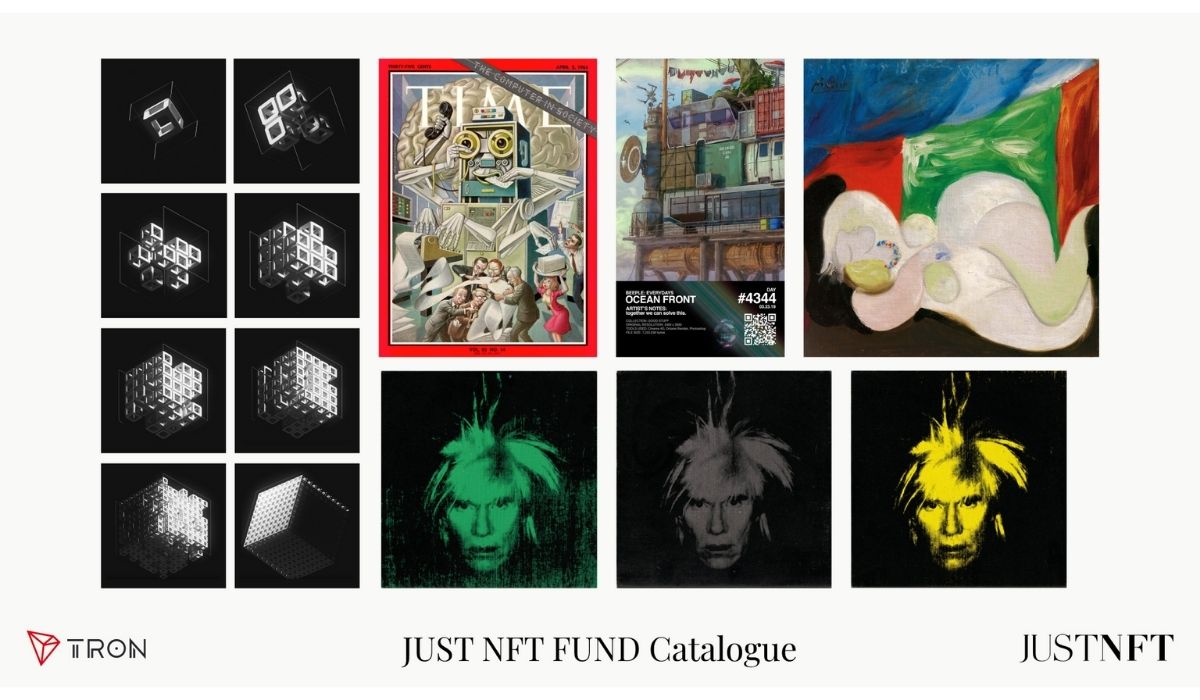 JUST NFT Fund, a creation by Justin Sun the founder of Tron Foundation and CEO BitTorrent, has launched its first NFT collection dubbed “Femme Nue Couchee Au Collier”. Consequently, the platform has mapped the collectibles on the Tron blockchain through the TRC-721 standard.

Notably, Sun purchased the artwork by Picasso for $20 million at a Christie’s auction. Besides, the JUST NFT Fund also owns the artwork by Andy Warhol, Beeple, and Pak among others.

In response to the growing demand for digital artworks particularly on the blockchain, JUST NFT Fund is focused on bringing together global top artists and collectors. Furthermore, the ongoing Coronavirus pandemic has pushed most of the social gatherings to take place virtually.

After each collectible is mapped on the Tron public chain, it is permanently stored and can be exchanged through the public chain. Through the Tron ecosystem, digital artworks collectors can access top-notch products in a secure marketplace.

Notably, each digital artwork will be represented by a unique digital signature that is only accessible by the rightful owner. “Through NFT technology, the digital format of any physical artwork can be uploaded to the BTFS system, and the corresponding NFT artwork’s BTFS address is generated. The information is then written into the smart contract according to the TRC-721 standard, and the uniqueness of the work is confirmed by the contract address,” the company noted in a press release.

The JUST NFT fund is on a mission to NFTization and blockchainization of top global artwork, whereby only top artists are set to make it through. “I firmly believe that in the next ten years, 50% of the world’s top 100 artists and artworks will be NFTized. The JUST NFT Fund will embrace and strengthen this trend,” Sun noted in an open letter during the JUST NFT Fund official launch.

The NFT market has grown significantly in the past few months thanks to the ongoing cryptocurrency bull market. Furthermore, blockchain technology has diversified across different markets beyond the digital assets industry.

According to public data, the current total sales of the NFT market has surpassed $563 million. The total sale in the month of February rose by nearly eight times the record in the prior month. As of mid-April, a total of 196,000 NFT artworks had been sold through the blockchain.