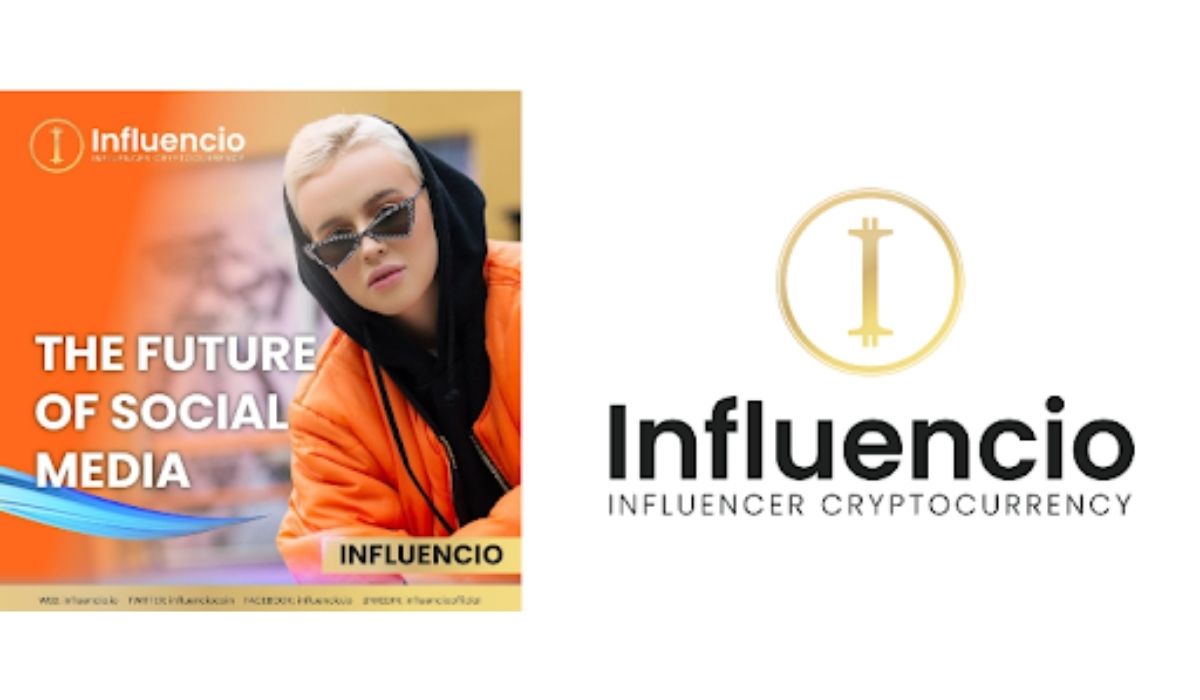 JANUARY 13, 2022, SINGAPORE — Influencio is the world’s first dedicated blockchain influencer marketing platform, including features such as dynamic NFTs, GameFi, SocialFi, and the Metaverse. Gravitas International Associates, a subsidiary of Technicorum Holdings, is developing Influencio. The tokenomics of Gravitas’ ecosystem were just revealed to the public. Influencio is a BEP20 token that targets the social media influencer industry, with INFLUENCE and ACTS Tokens serving as a governance token for Influencio and a reward distribution token for work done by influencers, respectively.

Our consumption habits have obviously been influenced by social media. Millions of people actively seek suggestions and recommendations from their favorite social media celebs to help them make purchase or engagement decisions. The Influencio project was founded with the goal of providing a comprehensive platform for influencers, followers, and brand owners to interact, collaborate, and therefore monetize. It’s a self-sustaining ecosystem with chances for influencers, brand ambassadors, and users to communicate, participate, and work on amplification with one another. The Influencio platform provides brand owners with real-time consumer data and insights gathered from social media users, allowing them to target the right people.

Blockchain technology powers the social community platform. Influencers and brand owners can profit financially from social interactions by combining personal reputation, corporate branding, and financial factors. Influencers and brands will both benefit from faster payment processes and a real-time dashboard to track activities and engagement between influencers and followers.

What Is The Influencio Ecosystem And How Does It Work?

By offering appealing rewards to Influencers and their followers, the ecosystem stimulates content sharing between Influencers and users across the multi-channel social media network.

Influencio’s native currency, INFLUENCE tokens, and ACTS tokens are used to pay out the prizes.

These tokens serve as the platform’s primary medium of exchange for all transactions. Users can issue, send, receive, and store cryptocurrencies using the Influencio ecosystem’s built-in wallet.

Influencio has a two-token system. The INFLUENCE token is the network’s core token, and it is a governance token that governs all platform activity. Influencio offers INFLUENCE Tokens, a global currency that allows marketers to reward local influencers, brand owners, and users from all over the world.

It enables users to get access to premium platform features such as direct messaging with influencers, participation in Influencio contests, voting, purchasing of Influencer’s NFT, and involvement in the Influencio P2E game and ecosystem.

The total token supply of INFLUENCE Tokens is 606,006,666. Influencers will receive 10% of the budget, while the project team, advisors, and marketing promotion will receive 31%. The project has set aside 20% of its liquidity, with another 5% set aside for farming and the remaining 10% for DAO.

ACTS tokens, on the other hand, are the native currency of Influencio’s platform ACTS, which has no limit on supply. As the community grows, ACTS tokens will be generated automatically.

The marketplace’s platform was created to reward users and marketers. User involvement, interaction, farming, and content creation to community growth are all ways to receive the award. Signing up and verifying on the Influencio platform, connecting social media accounts, sharing and responding to an advertiser’s offer, and participating in Influencio platform games through multi-player combat and in-game characters are all ways for users to earn ACTS tokens.

INFLUENCE Token Burning is a feature that reduces transaction fees and increases visibility.

Within the first three years of the project’s debut, the Influencio project will burn 3% of its entire supply of Influence tokens, with tokens burned at a rate of 2.5 percent per quarter.

Users will be able to vote on the Influencio DAO platform during the project’s fourth year to help determine the burn rate and optimize the project. In addition, Influencio will burn 1% of its INFLUENCE token to reduce transaction fees from 4% to 1%, giving its community a better transaction fee and visibility.

Influencio is a new cryptocurrency (a BSC network token) created to address the expanding worldwide influencer market’s friction and monetization. The project is backed by some of the most well-known YouTubers and influencers from South America, Europe, the Nordic nations, and portions of Asia, and it will soon have a global presence. CMO Danjal Kanani and CEO Daniel Daboczy are in charge of the initiative. With DeFi, GameFi, and SocialFi aspects, Influencio tackles significant market difficulties with blockchain and NFTs. Influencio automates payments and processing, manages content marketing, tracks interactions, and provides FinTech solutions to the industry.

Technicorum Holdings is made up of a number of subsidiaries, some of which are regulated and specialize in different industries such as digital assets, DeFi, GameFi, SocialFi, the Metaverse, and so on. Gravitas International Associates Pte Ltd, the company’s wholly-owned subsidiary, is a Singapore-registered Fintech firm certified by the Singapore FinTech Association as an authorized blockchain and distributed ledger technology (DLT) provider, e-wallet, core banking, digital exchange platforms, digitization and tokenization, platforms, products, and services. The Technicorum group has a long list of clients and reference projects, including over 100 ICOs/IEOs/IDOs/STOs performed by its subsidiaries in the last four years.