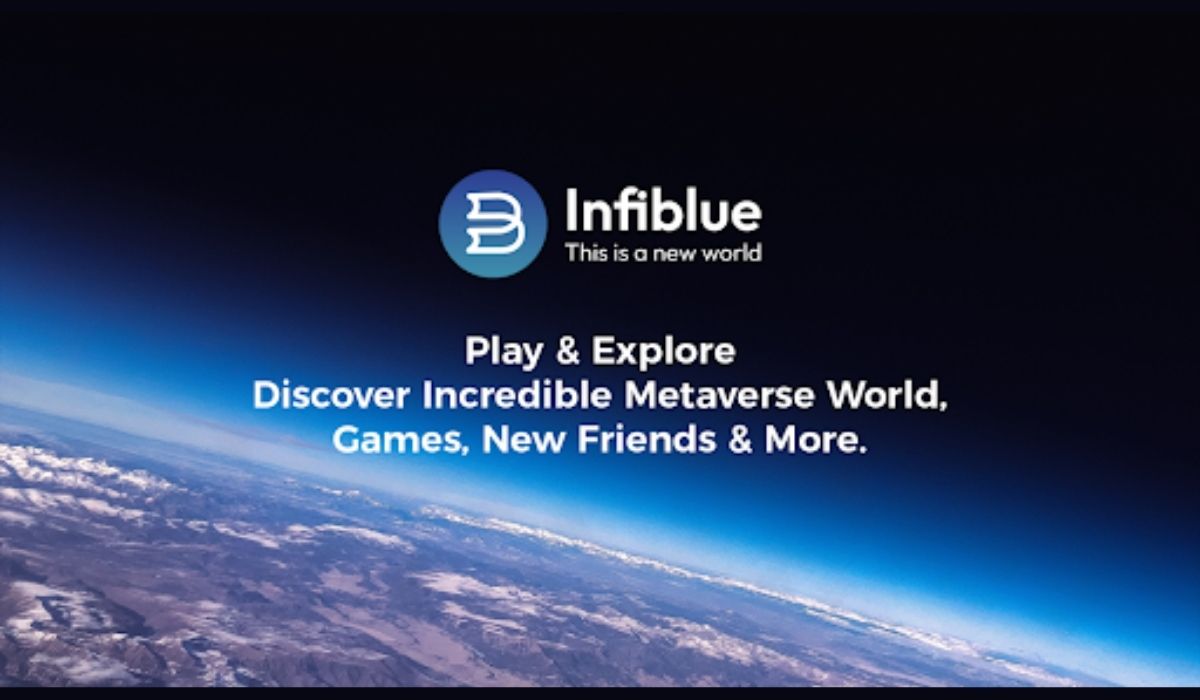 The Metaverse ecosystem has seen tremendous growth as is evident by the rapid growth of projects such as Decentraland. Metaverse crypto assets have also surged in value, which has led to increasing interest in such assets with large technology companies investing in the metaverse through the development of metaverse systems, mergers and acquisitions, the issuance of NFTs, and building metaverse pavilions.

The metaverse ecosystem is continuing to expand and this is bringing a greater number of developers to the space, which is narrowing the gap between the real and virtual worlds, with increasing opportunity for enhanced productivity, improved collaboration, and richer social connections.

One of such metaverse projects is Infiblue, a game that uses cutting-edge technology to achieve its unique ecosystem.

Infiblue is the first Live-to-earn game that rewards players with real income for “living ” in the virtual world. The game was designed using the UE5 engine which gives it premium graphics and 3D rendering that is superior to most of the existing metaverse projects.

The game has two major features which are unfolding the game on the real-world map and creating a near-real-world economy system that provides underlying value to the NFTs. The two features help to facilitate business in the metaverse, unlike other projects like Axie Infinity which are purely based on speculation.

Unlike other metaverses, Infiblue does not require any initial investment in the form of NFT purchases to thrive, as this system is unsustainable. Instead, anyone can join the game and build wealth no matter their initial financial level. Other than investing in NFTs, players can also make money by finding a job, creating content, networking with other players, providing services to other players, etc.

Also being a SocialFi game, players are encouraged to create content and become active members in the Infiblue community to earn Monie. Apart from earning Monie which is Infiblue’s native currency, players can build a social network on the platform, run campaigns in the game to become a political leaders, become a mentor and share their knowledge and experience, or create artworks and grow to be artists.

This brings more engagement and activity to the game and is expected to teach players real-life lessons such as leadership and communication skills, how to make friends, take responsibility for the community, and find happiness, which could be translated into skills, confidence, and healthy relationships in the physical world.

Infiblue also has an economic model built on real-world economic theory and data, and the foundation of the algorithms are existing industry models. Players can invest in a variety of things ranging from mines to factories and retail consumer goods within the game. businesses can generate consumer products and services with capital, labor, raw materials, and entrepreneurs’ management skills.

They can also use their salaries to purchase these commodities and improve their gaming experience. There are also investment vehicles such as saving accounts, governments, insurance, etc that reallocate assets and resources to the most efficient use. The Infiblue federal government seeks to stabilize the economy, create job opportunities and offer public services, just like in real life. The government tries to fight inflation and recession and ensure stable economic growth by issuing government bonds, controlling liquidity supply, and tuning public service costs.

The Infiblue metaverse also has a DAO that is set up to optimize transparency and self-governance. Unlike other DAOs that give power for governance to those with the highest token holdings, Infiblue’s model has a dual governance system with a token holder governance body and a house of representatives to protect players and token holders.

The token holder governance body consists of Monie holders and their voting power is based on the number of tokens held, and the latter consists of players-elected political leaders in the game, such as majors, governors, and representatives, whose voting power is based on the number of players in their jurisdictions. Both sides have to agree on a proposal for it to become effective. This ensures that the interest of major token holders and the majority of players are both protected, thus democratizing gameplay for the average player.