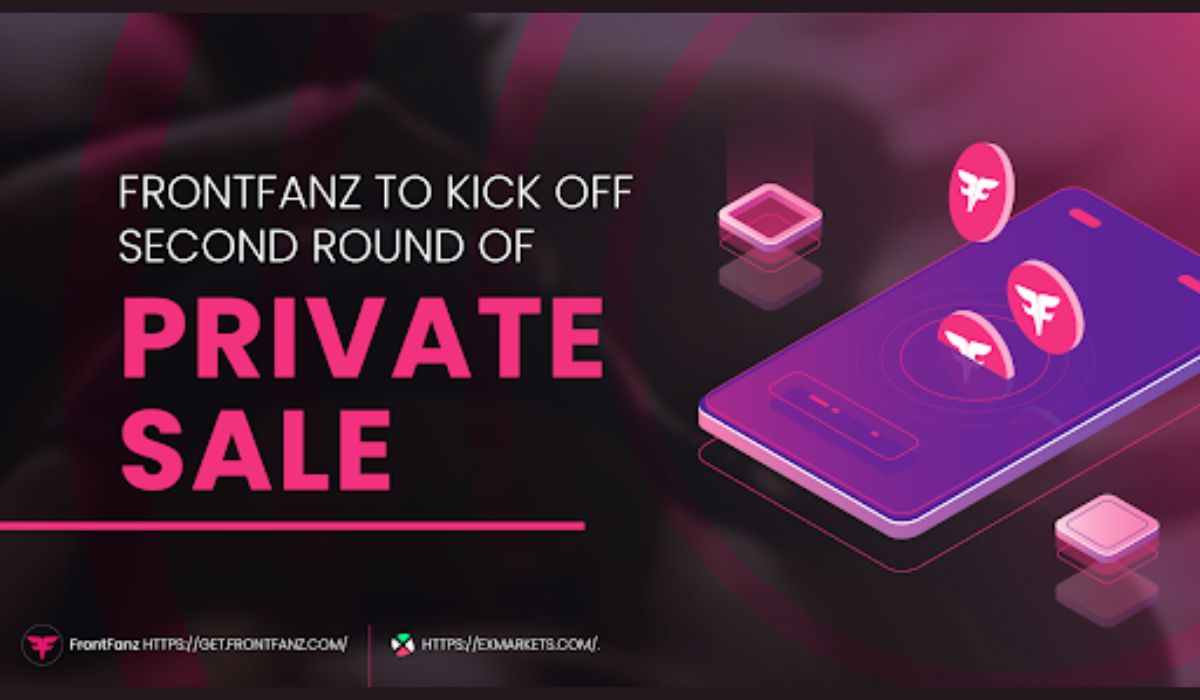 FrontFanz, a ground-breaking Web3 content-sharing platform with several income potential and resistance to censorship, has completed its first private financing. And now, FrontFanz will have its second round of private sales on July 15 in collaboration with ExMarkets, the industry-leading cryptocurrency crowdfunding platform. On July 20, 2022, the first Initial Exchange Offering (IEO) for the general public will begin.

A platform for sharing material called FrontFanz enables users to produce, distribute, and monetize their works. After emerging from stealth, FrontFanz has swiftly made a name for itself as an uncensored, open, and fan-focused Web3 platform without any chargebacks or de-platforming. In other words, giving the phrase “the sky’s the limit” a new meaning.

The founding team has a solid awareness of the opportunities and constraints that content creators confront thanks to their extensive expertise. They’ve made the decision to work together to provide a location where individuals may safely produce and distribute their material without fear of criticism, censorship, or unfair charges. This platform now provides trustless cryptocurrency payments to producers with FANZ utility tokens thanks to Polygon (MATIC), the blockchain on which FrontFanz was created.

Live streaming, subscription-based content, digital collectibles, private messaging, and NFTs are some of the platform’s most notable features. FrontFanz wants to establish a secure space where all creators may come together and share their work openly and without restriction. And that’s not all; this platform also understands how crucial a fan base is to helping creators succeed, which is why FrontFanz’s core idea developed around both the content producer and their audience.

What to expect from FrontFanz Private and Public Sales?

FrontFanz only recently came out of stealth mode, but already 400 creators have signed up to utilize the site, up from 200 in April, earning 32 million admirers and more than $48 million annually. It is safe to assume that FrontFanz has the potential to grow quickly given these figures and the platform’s forward-thinking, open-minded approach, especially given that its full debut is scheduled for September 2022.

Even in a cautious market dominated by a “bearish” mood, the project has attracted considerable investment interest. That FrontFanz’s first-round private sale, which represents 5% of the entire supply and has a 15-month vesting term, was oversubscribed and sold out in less than 72 hours is certainly not all that shocking.

however, good news! Just five days before the company’s public IEO, on July 15, the second round of the private sale will begin. Please contact token@frontfanz.com for additional information on the second private sale round. We will get back to all qualified participants with more details.