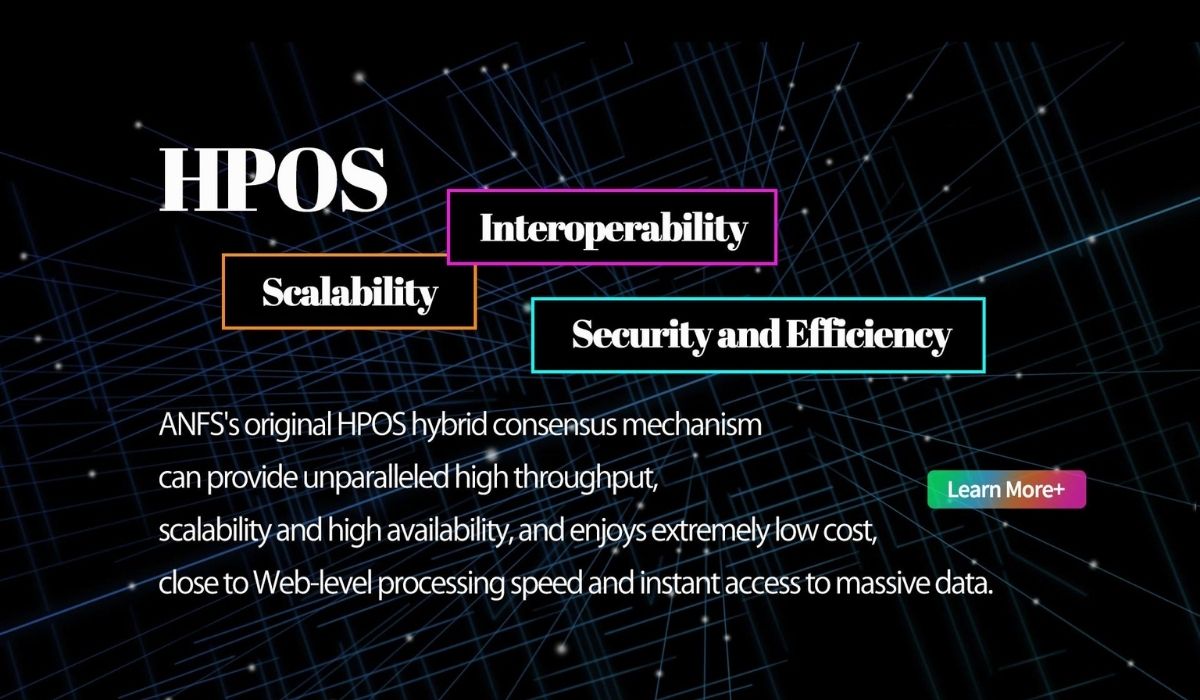 Hybrid Proof of Sequence (HPOS), a high-performance blockchain consensus algorithm from ANFS has been launched in order to improve the operational efficiency and scalability of blockchain networks.

The Hybrid Proof of Sequence (HPOS) in its design is based on sharded technology and it incorporates the core idea of the POH consensus mechanism. The mechanism allows the platform to randomly assign network transactions to multiple shards. Each of these shards is constructed by the shard consensus node selected by the VRF function to generate the transaction sequence of the shard, and any node within the shard can verify the shard by computing any fragment of the transaction sequence of the shard.

Per the announcement, the Hybrid Proof of Sequence has been designed to basically integrate Proof of History(POH), Nominative Proof of Interest (NPOS), and Practical Byzantine (PBFT), and uses Verifiable Random Function (VRF) to select committee nodes, thereafter it then achieves consensus.

The developer further elaborated on how the protocol works saying;

“The HPOS consensus has certain hardware requirements for SG and SV, so at the beginning of the nodes entering the system, they need to prove their hardware performance, and the proof mechanism is like POW, where the first 11k nodes among n nodes will be selected. After that, by running the NPOS protocol, the top k nodes with the most votes among the 11k candidate nodes will form the consensus committee of the whole network, and the next 10k nodes will form the supervisory committee of the whole network. With the help of VRF, each SG node and every 10 SV nodes will be randomly assigned to each shard. This approach can effectively avoid the collision caused by fixing SGs and SVs in one shard.”