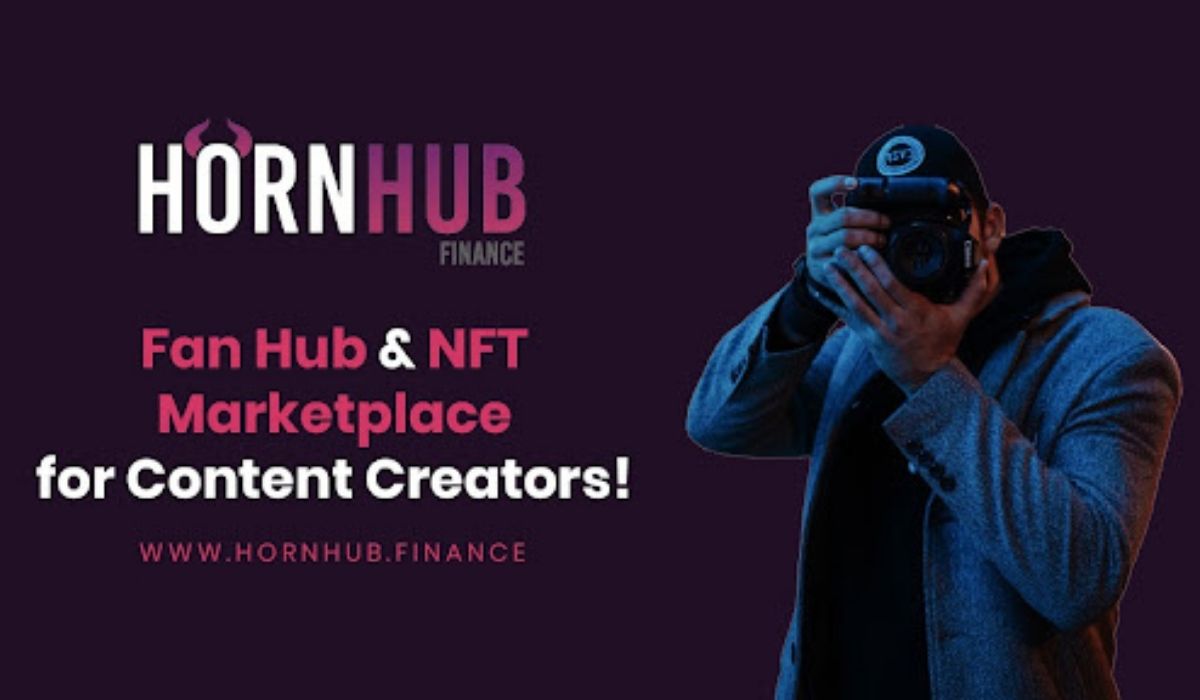 Hornhub, a groundbreaking content creator project based on Decentralized Finance principles, is about to unveil the official beta version of its platform. The project is gaining a reputation in the DeFi industry for continually under-promising and over-delivering.

HHUB, content creation and fan subscription service, has grown from strength to strength since its first debut one month ago, thanks to six months of precise planning and a dedicated and increasing team of laser-focused professionals who are masters of their areas. A published author is in charge of all content development, as well as top-tier graphic designers and web developers, as well as tech and marketing experts.

For the uninitiated, HHUB is a project that aims to become the world’s most revolutionary fan subscription platform. The project will use its planned subscription-based website to allow content creators (known as ‘Talents’) to independently establish and administer their own hub, connect directly with their fans, and safely and instantaneously profit from their unique work.

The concept combines many utilities to build the company’s base. First, there is the subscription-based platform, which requires no understanding of DeFi due to Fiat on-ramping. The site is also linked to the $HHUB cryptocurrency coin. Fans can pay using a credit or debit card, which is used to purchase the token and distribute it as a credit on the site. All transactions are taxed, which helps with liquidity, marketing, charity donations, and project growth. The third related utility is the future HornHub Marketplace, where fans may buy, sell, and trade NFTs, earning royalties for musicians who created them with a single click.

Since its introduction, the project has amassed a total of $32 million USD and over 2400 long-term holders. It also made the top 3 on DEXTools and CoinMarketCap, as well as CoinGecko, two popular coin listing sites. But everything the team has been doing so far has been leading up to the key next stage commencing in December, and HornHub has been preparing accordingly. So, what’s up?

The project is preparing to debut its beta testing platform and is spending $200,000 on marketing.

The massive sum will be split into two aggressive marketing efforts, the first promoting the long-awaited platform beta debut. Several talents are ready to test the platform, and valuable members of the HornHub community will be chosen to test the parallel fan side. Along the way, crucial data will be made available to investors so they can track the beta version’s progress and ensure that any defects or difficulties are rectified immediately.

The first $100,000 will be used to promote Hornhub to the crypto community and beyond, allowing new investors to discover the interesting idea. Out-of-home advertising, press releases in big crypto news outlets, and crucial internet marketing on high-volume sites are just a few examples. The Telegram community has already prepared for the inflow of new investors by adding more moderators — all of whom have been active participants of the project since day one.

The second $100,000 will speed up the platform’s final launch, which is scheduled for very soon! An enormous marketing campaign will support the event, which will include plenty of surprises that the project heads are keeping hidden until the platform goes online.

However, while the beta and then final platform releases are big milestones, they are simply simple steps in a broad roadmap methodically planned and adhered to thus far. Hornhub has big goals and the expertise and resources to achieve them. So long as the team keeps up their momentum and the beta test is a success, there is no reason why Hornhub can’t become the world’s largest and most popular content creation platform, powered by bitcoin.