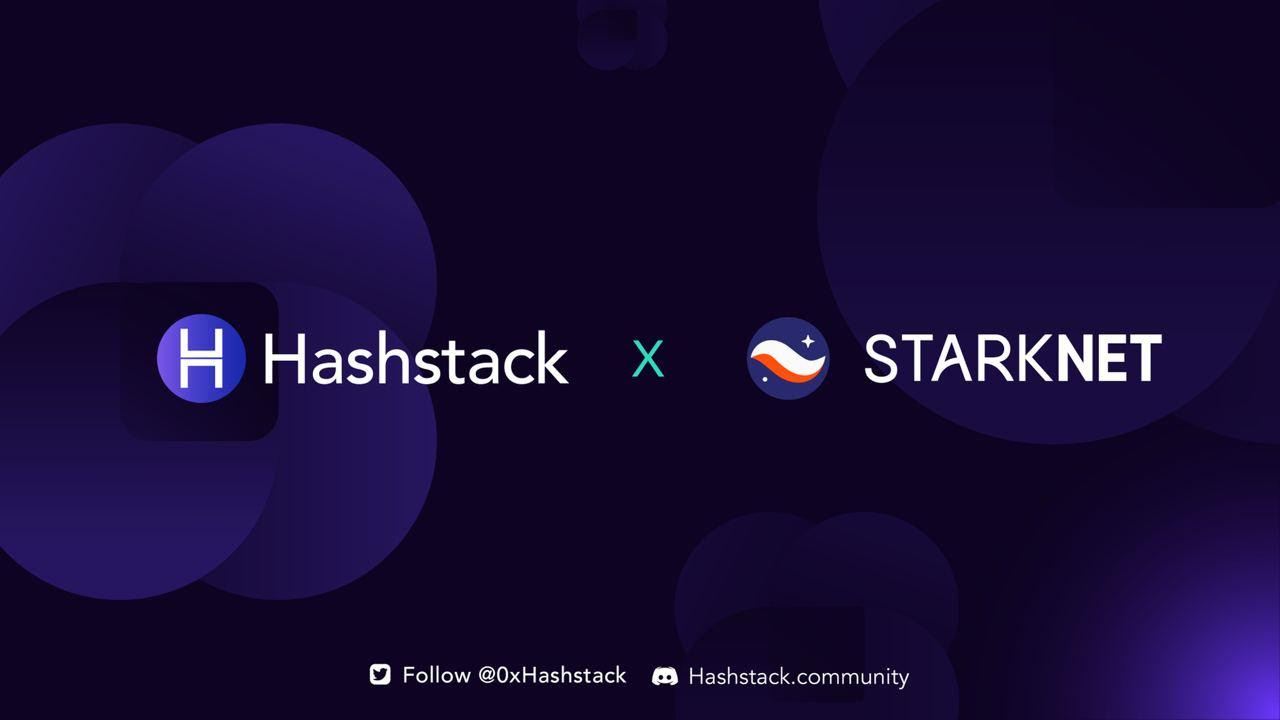 The shift allows Hashstack to change its focus from EVM chains to zk-primitives. The transition will notably enable Hashstack to build the critical infrastructure necessary to multiple the usability of decentralized finance by over ten times. In the end, this will empower financial inclusion through cryptocurrencies.

Starknet is the first general-purpose permissionless decentralized ZK-Rollup to deploy Open-Hashstacks’s money markets protocol while allowing secure under-collateralized loans on the blockchain. Starknet is operated as an L2 network over Ethereum, allowing dApps to achieve an unlimited scale of computation without compromising on Ethereum’s security and compatibility.

ZK-rollups are L2 scalability protocols that operate by rolling up hundreds of off-chain transactions in a single transaction. These protocols are fundamental in helping solve the increased network load on the Ethereum blockchain that constantly leads to excessive gas fees and slow transaction time.

Zk-Rollups return a short non-interactive argument of knowledge (SNARK) to the main chain as proof of validity, ensuring that only the validity proof has to be kept on the leading Ethereum network but not the big transaction data. As a result, ZK Rollups have become a faster and cheaper way to confirm transactions.

Hashstack chose Starknet because it is one of the few markets ready ZK-Rollups with over $205 million transactions processed. Since its launch in 2017, the protocol has facilitated over $657 billion in trading volume. Starknet also has arguably a strong community consisting of collaborative builders. In addition, Starknet is powered by a virtual machine called Cairo Lang. By design, Cairo is a complete turning language similar to Python. Compared to Solidity, Cairo is reportedly less restrictive and provides users full low-level access to low-level primitives.