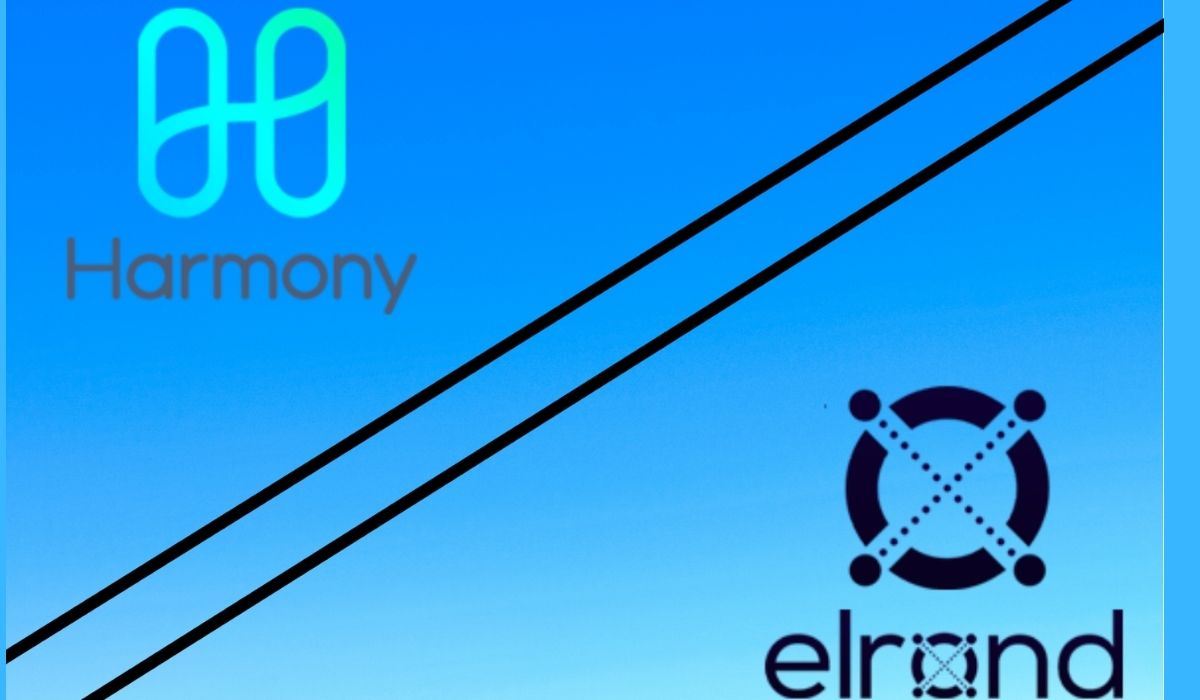 Recent years have seen a slew of mainnet launches as platforms seek to find new ways of solving legacy problems. Harmony (ONE) and Elrond (EGLD) are two such projects. They both emerged with the promise of using sharding technology to guarantee fast transaction finality and high throughput.

Both are designed to be compatible with the Ethereum Virtual Machine, allowing developers and users of each respective ecosystem access to Ethereum-based assets and vice-versa. So how do they measure up to one another?

Harmony was founded in May 2018 by Stephen Tse and a group of Silicon Valley engineers. It aims to be an open, cross-chain platform bridging a network of blockchains to scale cross-chain finance.

Harmony deploys a series of bridges allowing developers to benefit from its ultra-fast processing times and low fees for their dApps while settling back on their native chain. The Harmony Bridge is integrated with Ethereum and the Binance Smart Chain, and it supports standard token transfers within DeFi apps and NFT transactions. It’s worth mentioning that Harmony has over $45M in bridged assets.

Harmony launched on mainnet in June 2019, with the native ONE token launching the following January. ONE tokens are used as the economic incentive of the network, paid to validators as rewards. The total ONE rewards are capped at 441 million annually, equating to an annual issuance rate of 3%.

Elrond was founded in 2017 by Beniamin Mincu, Lucian Todea, and Lucian Mincu, with the vision of launching a blockchain that can scale to internet speeds.

Rather than interoperability, Elrond sells itself on its technologies – namely its innovative sharding mechanism and its secure proof of stake consensus. Elrond uses its proprietary Adaptive State Sharding protocol to ensure that sharding adapts to the network traffic conditions, reducing the risk of downtime or service interruption. Secure proof of stake uses a random validator selection mechanism to help maintain security and prevent risks of network manipulation.

Elrond’s EGLD token is the native token driving the platform’s incentive model. Elrond’s ambition is for EGLD to become a store of value that transcends the network itself. To support this goal, EGLD are issued on a decaying supply model over ten years starting from 2020. During the first year, new EGLD will be issued at a rate of around 10%, declining to 0.5% in the final year.

Harmony and Elrond both use a sophisticated variant of sharding designed to be flexible and maximize throughput.

Sharding simply means splitting transaction processing in order to enable parallel throughput, which can be done in any of three ways. Sharding can fragment the blockchain ledger to reduce bloat, or it can split the nodes in the network into groups, to enable faster consensus from smaller sub-groups. Finally, it can also split the state of the blockchain itself.

Elrond and Harmony both utilize a variant of sharding that deploys all three methods. However, the key difference is that Elrond’s sharding mechanism is adaptive, allowing the number of shards to adapt according to network conditions.

Translating this into performance, Harmony offers a block time of two seconds, compared to six on Elrond. Harmony also has the edge on transaction fees, which can go as low as zero. Transactions on Elrond are usually below $0.01.

On the face of it, Harmony and Elrond appear to be comparable projects leveraging proof of stake consensus and sharding to attract users put off by Ethereum’s legacy issues. However, each project is pursuing its own vision and user base. Harmony is well and truly a developer’s project, aiming to lure in programmers who want to offer a superior user experience while maintaining compatibility with Ethereum.

After a generation of so-called “Ethereum-killers” interoperability is now a key theme in the blockchain sector, and proving to be a successful strategy for projects such as Polygon and Polkadot.

In contrast, Elrond is seeking to develop its own ecosystem as part of a broader blockchain landscape and the internet economy, including making its native token into a Bitcoin rival. In this sense, Elrond has created a much bigger job for itself, as it’s targeting user adoption along with developer adoption. This could be a more difficult sell, as users generally care less about what’s under the hood.

Ultimately, the long-term success and sustainability of each project depends on its ability to engage and secure its respective user base, which is also a key consideration for would-be investors in either Harmony ONE or Elrond EGLD tokens.