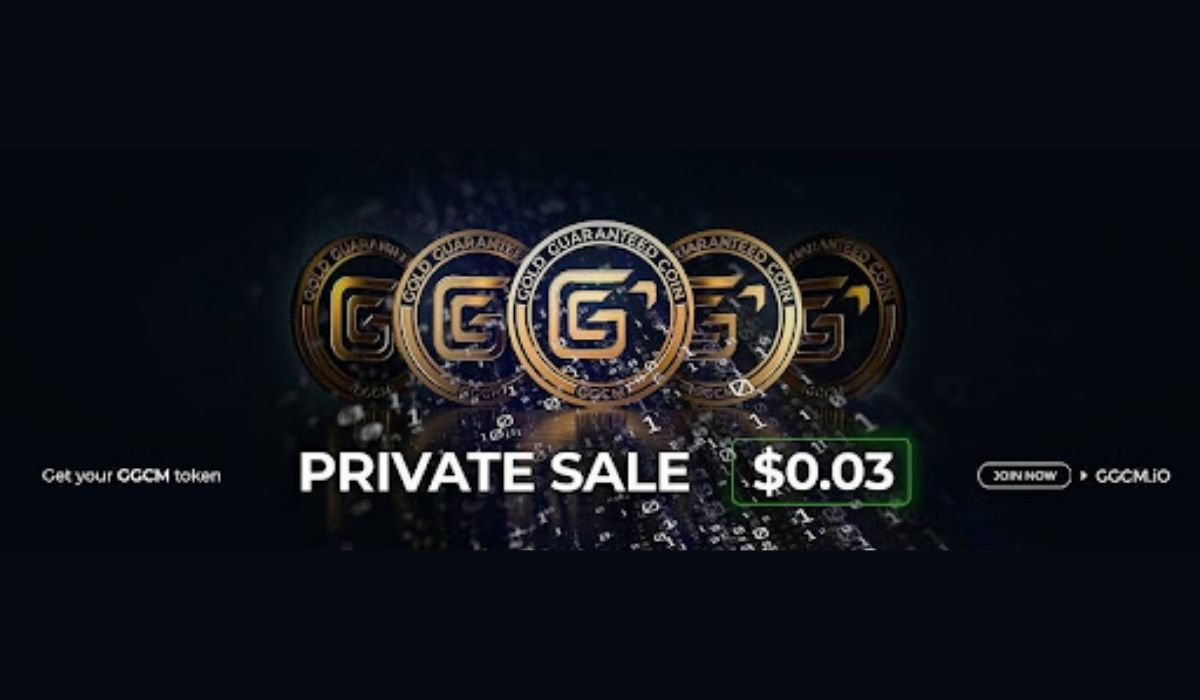 GGCM, a Mongolian-based blockchain project backed by gold and other precious metals, is finally holding its long-awaited Private sale for early investors.

$GGCM, the native token on the platform, follows the BEP-20 token standard making it up to 100 times more cost-effective and faster. The token has a total supply of 500,000,000,000, and it will be released in blocks.

Funded by Gold Guaranteed Coin Mining, GGCM, is on a mission to bring gold to the digital space. The project’s mission is to “tokenize gold and make it more accessible to individuals through the blockchain.

The GGCM team holds the gold amount in reserves corresponding to 30% of the market value of the $GGCM tokens in circulation. Notably, the $GGCM token value is based on the multiple aspects of gold while adding on the benefits of blockchain technology.

The token is backed by gold to protect investors’ assets from losing value due to fiat currency fluctuations caused by volatile markets. The gold used is extracted from a Mongolian government-licensed mining project. As the value of the GGCM token increases, more resources will be used to fuel the actual gold mining activities in the region. The project plans to divide 70% of its mining revenue into shares and rental NFTs.

The rental NFTs are reportedly aimed at diversifying ownership in the GGCM ecosystem. The renting period will range from 6 to 36 months, depending on the licensee’s choice.

In addition to the Private Sale, the GGCM team is currently working on expanding its operations in Mongolia to minimize risk and create new sources of revenue for investors. The project hopes to get involved in real mining projects and invest in gold mines and other precious metal mines in the coming days.

“Our main goal is to make mining easier and more accessible to the public so that more and more people can earn some profits from the current cryptocurrency boom. Renting GGCM NFT will allow you to profit from the mining shares.”