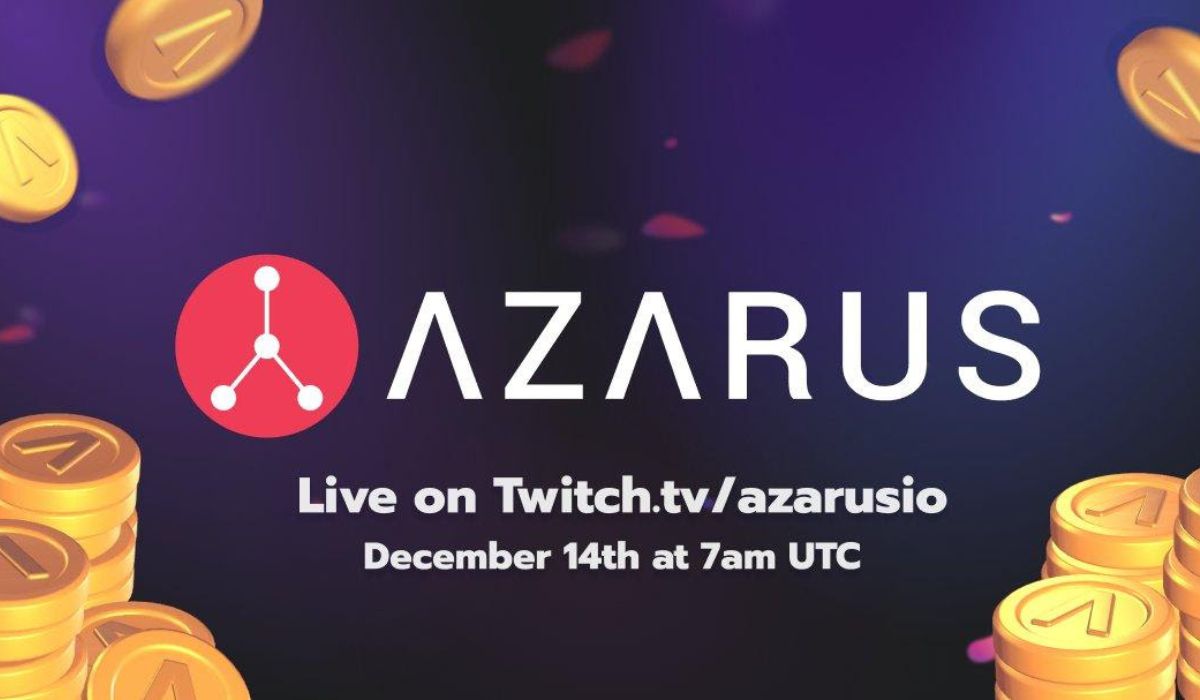 Azarus, a gaming platform that turns any stream into a game, will be hosting a keynote stream in partnership with Animoca Brands to reveal the imminent listing of its token, AzaCoin, on Uniswap.

Notably, the announcement comes as the Azarus team moves into a crypto-native reward program that will allow its millions of loyal fans to explore actual digital ownership. The reward program entails, Azarus upgrading its AZA points into a crypto-native token, the AzaCoin. This upgrade is intended to give Azarus holders ownership of the value of their attention and engagement.

“Azarus has been built on blockchain since the early days, with the vision to materialize the true nature of streams as a distributed digital stadium. Listing the AzaCoin today brings us one step closer to this vision, aligning incentives of all stakeholders and giving the fans true ownership of the rewards they collect playing on stream.”

Founded in 2018, Azarus has launched many highly engaging games that have continued to demonstrate that ‘streams are not TV’. Azarus allows streamers to run interactive games over their streams that they can play with their viewers in real time. Since launch, the overlay games have generated over four million watch hours with over a million in prizes distributed as loyalty points to the community. These loyalty points are redeemable in the Azarus Store.

Following the listing, the AzaCoin will serve different utilities, including governance, while offering various benefits to the community. For the streamers, the token will grant them immediate access to their earnings. Streamers can also host game sessions using their channels’ community wallets and engage their community through voting.

For the streaming community, AzaCoin grants them full ownership of their rewards that will be distributed directly to their wallets. Winners of these rewards will be able to redeem their prizes, buy or bid instantly on streams and purchase digital assets on the Azarus marketplace.

“It’s our belief that Azarus will bring web3 to millions of new users. Since our initial investment, we have been continually impressed at Alex’s leadership in transforming the medium of streaming into Web3, that has already rewarded millions of players with millions of dollars. We’re beyond excited for the future of Azarus and are proud investors and partners.”