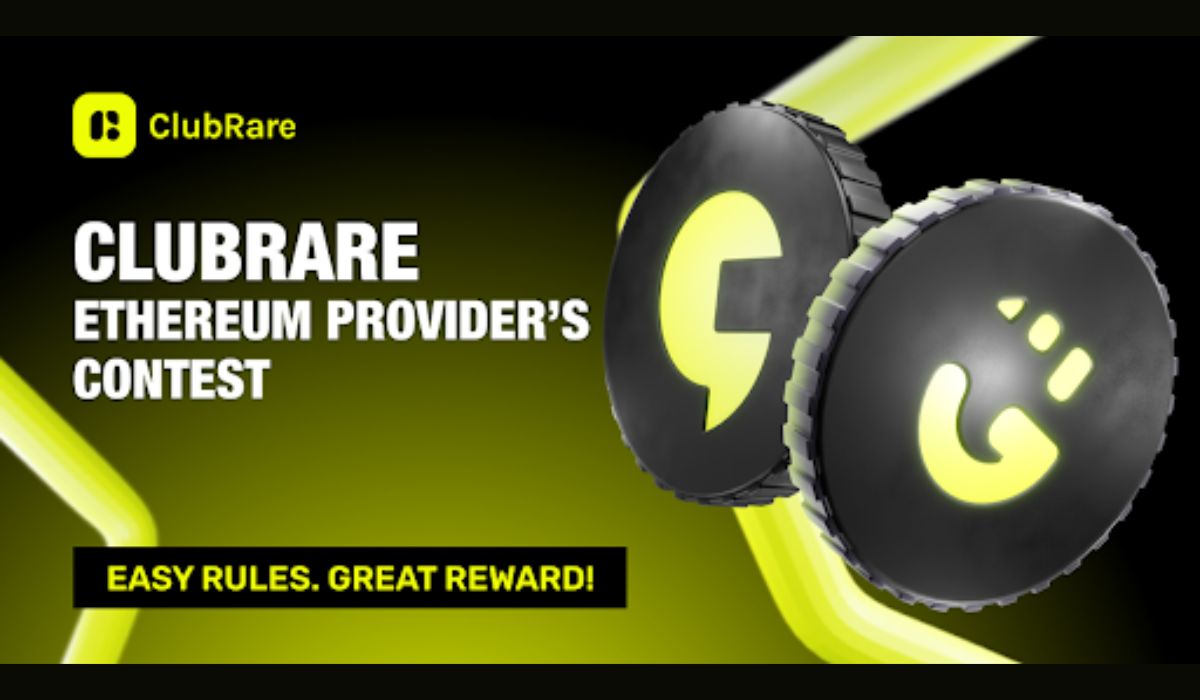 As it grows its global presence through the Ethereum blockchain, ClubRare, the first Full-stack Physical NFT Marketplace, has announced a new competition. Tokens worth $100,000 will be awarded in the competition, which kicked off on November 2 and will run through November 30.

This is in preparation for the release of the ClubRare Marketplace Beta 2 in late November 2022. For users to participate in the competition, they must increase the trading volume of Uniswap’s Club Rare tokens. ClubRare Partners Day will be held after the competition in both the Metaverse and the real world in New York City.

ClubRare is, at its core, a platform for the increasingly common practice of trading physical items for NFTs. There is a clear need for a marketplace that caters to this niche, but until now, none has existed.

ClubRare’s mission is to serve as a resource for the international e-commerce community, and a portion of the company’s profits will go to those who make it work. The platform charges a transaction fee of 2.5%, of which users receive 50% in return and have a say in future site improvements.

This ecosystem relies heavily on the ClubRare Node e-commerce infrastructure platform, with nodes spread across 18 countries. This allows ClubRare to accommodate both traditional NFTs and those existing in the metaverse. More people will be able to join the ClubRare ecosystem, which is leading the physical NFT revolution, thanks to its recent expansion into the Ethereum blockchain.

To date, ClubRare is the only full-stack physical NFT marketplace where users can buy and sell NFTs for physical goods. To make the advantages of NFTs accessible to all and to empower the individual through ownership and profit sharing, ClubRare is a community-centred platform powered by the ClubRare Node.