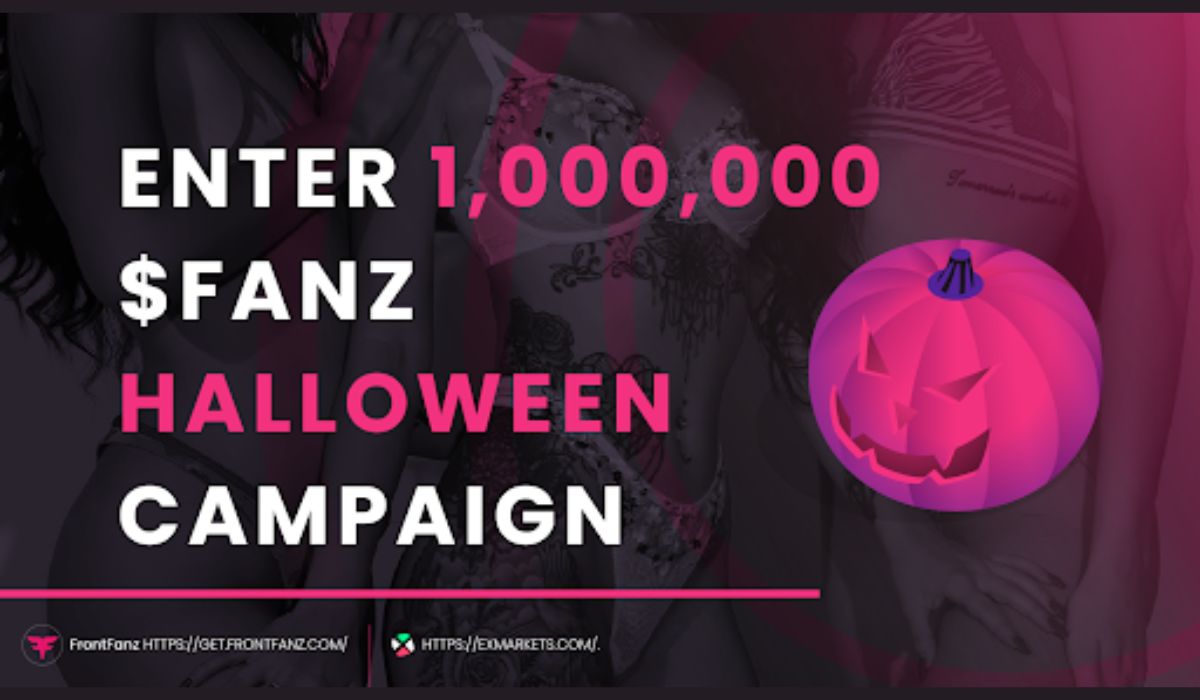 FrontFanz, a content subscription platform built on the Polygon (MATIC) network, has announced the launch of a special Halloween campaign. The campaign will unleash a pool of 1,000,000 $FANZ for participants to partake.

FrontFanz had recently stormed the crypto space, and it appears the platform is on a pace to hasten its development and adoption. FrontFanz has made several developments within the few periods of its existence in the industry.

The platform recently concluded a strategic investor round and a private sale round. Meanwhile, it has also recently finished a 20-day IEO sale Dutch Auction-styled sale on ExMarkets that started on the 20th of July.

FrontFanz has shared another exciting news with its users as it unveils the debut of a 1,000,000 $FANZ Halloween Campaign. The platform considers innovation, immersion, and improvement as some of its central values.

FrontFanz efforts for further developments reflect its commitment to providing the best service and conditions to both content creators and fans alike. This also includes its determination to move forward.

According to the announcement, FrontFanz will launch an interactive DEX campaign that will see its users and fans helping to shape the spread of the platform’s native token $FANZ.

FrontFanz will allow all who want to see $FANZ tokens sold on other DEX platforms to submit their suggestions during the campaign. And as a reward, anyone providing liquidity for the $FANZ token at a reputable DEX will earn a massive share of 1,000,000 $FANZ tokens on Halloween Night on the 31st of October 2022.

Speaking on the process involved with the campaign, the announcement reads;

“In order to participate, all you have to do is inform one of our admins on Telegram that there is either liquidity provided on a new DEX or a new pair created, and you will be included in our pool of liquidity providers who will split the 1,000,000 $FANZ.”

FrontFanz further noted that the participants with the highest volume would share from the pool of 1,000,000 $FANZ. The platform provides its fans and users with zero censorship and a deeper connection. With FrontFanz, people can share their content and enjoy it without fear of scrutiny, censorship, or privacy violations.