Ripple’s XRP is still the third largest cryptocurrency by market capitalization and has been at the position for a while now. XRP’s market cap sits pretty at almost $17 billion beating BCH at the fourth position by almost $10 billion. However, with all these figures, XRP hasn’t increased as significantly as Ether or even Bitcoin.

Over the last week, three of the top four cryptos have gained notably. Bitcoin (BTC) gained about 23% and Ether (ETH) gained 17%. Even Bitcoin Cash (BCH) which has a much lower market cap, gained 18% performing better than ETH. XRP however, in the same period, only did 2%. Going further back to a period spanning the last six months, other assets still did much better than XRP which dropped 41% in that period.

In the past, there have been speculations that XRP was experiencing this problem because there is a lot more competition now that the coin has ever experienced. Stellar Lumens (XLM) has been noted as an asset that’s very similar to XRP and there are even a few rumors that some XRP investors might be looking to jump ship.

What’s Next for XRP?

According to David Gokhshtein a crypto enthusiast and founder of eponymous crypto-forward magazine called Gokhshtein, there is much hope for the asset. Gokhshtein, who is also a member of the Forbes Finance Council, has said in a tweet that XRP would shoot up very quickly. His very optimistic tweet said:

$XRP is going to take off so fast that most wont have a chance to get in at current price.#thinkingoutloud

He further added as he interacted with other users, a prediction for a bullish rally soon. According to him, there will be a “good comeback from $XRP as the Bullrun for the altcoins starts in a few days from now.”

Thinking that there’s hope might not be a far-fetched because Ripple is doing a lot to push XRP. There’s a lot of collaboration Ripple has with many firms globally, through xRapid. At the moment, Ripple is in continuous collaboration with more than 200 of them. 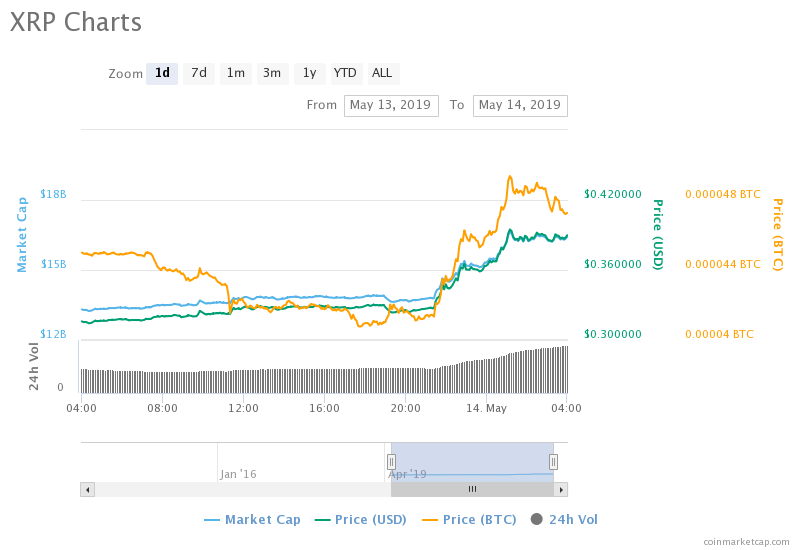 At Press time, XRP has successfully emerged as the top best-performing cryptocurrency, currently soaring over 22% and looks set to break out of the $0.3 Price Level.