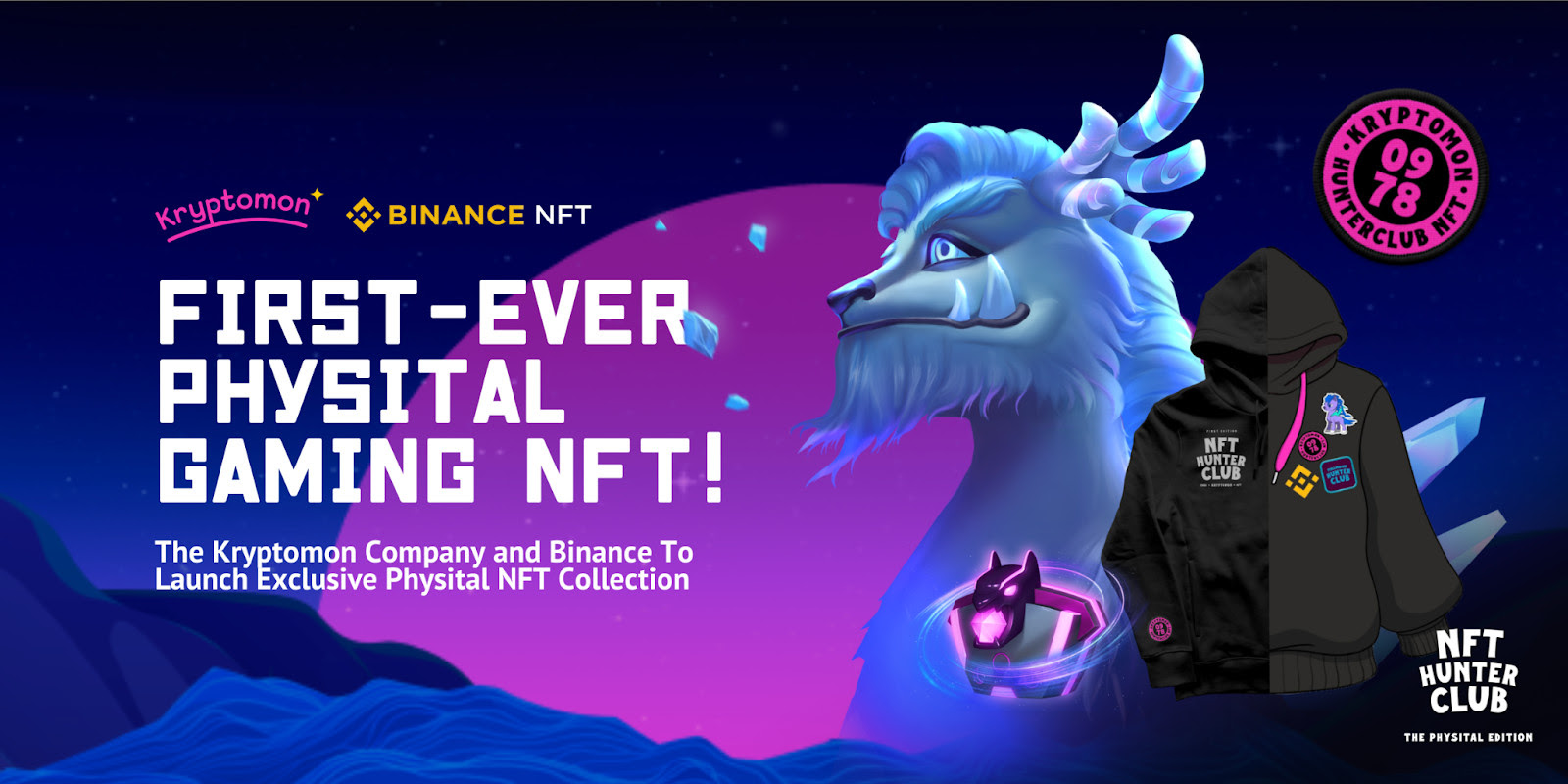 Web3 blockchain gaming project Kryptomon is pleased to announce the launch of its official sale on the NFT marketplace of Binance.

Kryptomon is a living-NFT-powered Metaverse project that combines Play-and-Earn gaming with nostalgic charm in a bid to build a unique gaming universe. Binance NFT, on the other hand, is one of the world’s leading blockchain ecosystem and cryptocurrency infrastructure providers.

Interestingly, the integration of both companies will see the launch featuring one of the world’s first physical and digital NFT collections, dubbed “physital NFT”.

According to the announcement, the digital items that will be included in the Mystery Box include a variety of Badges (silver, gold, platinum, and diamond).

Interestingly, this will grant users an increased chance of obtaining Mystery Boxes in Kryptomon’s monthly Treasure Hunt event along with other unique in-game enhancements, a co-branded in-game “NFT Hunter Club” hoodie that provides in-game utility for both 2D and 3D Kryptomon games, and a single Kryptomon NFT egg which will soon hatch into the buyer’s very own Kryptomon.

The physical asset collection, on the hand, will include a variety of limited-edition exclusive collectibles, each with its unique serial number to prove and verify its authenticity.