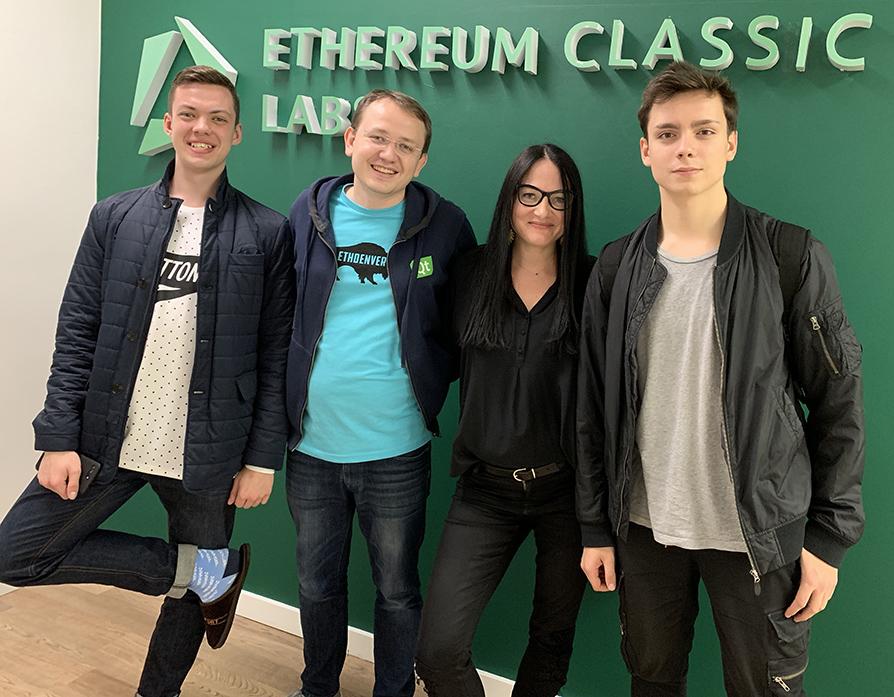 By: Mike Rogers, CPA Founder of Millennials in Blockchain

Global digital transaction volume is projected to surpass $6 trillion by 2022; upon reaching this milestone, international e-commerce will exceed the gross domestic product (GDP) of Japan.

Businesses are drawn to robust growth opportunities, such as the global payments market, which is currently expanding at a double-digit rate. From Wall Street to Silicon Valley, the goliath institutions are scrambling to develop digital payment offerings, in an effort to stake a claim to this burgeoning digital landscape. However, for every Goliath, there is a stone: for the payments industry incumbents, the stone is cryptocurrency.

PayPal successfully developed an online payments system, providing its users, both businesses and consumers, an alternative to traditional money transfer services. The total addressable market (TAM) was vast, as made evident by PayPal’s extraordinary membership growth rate, further accelerated by the eBay acquisition in July of 2002. When the e-commerce giant purchased PayPal, three-fourths of Ebay auctions accepted PayPal, and nearly 25% of auction closings used PayPal’s money service for transacting.

Paypal is revered for creating an alternative payments network compatible with the first generation of the web.

In the early 2000s, new technologies allowed the web to be used as a platform; internet-based services fostered online communities, where the users contributed content and engaged in social interactions. A refined user-centric web allowed for bi-directional transaction, prompting businesses to create applications that leveraged the network effect. In the payments industry, businesses such as PayPal’s Venmo, are extracting value through demand-side economies of scale.

Venmo is a peer-to-peer (P2P) mobile payment application with built-in elements of social networking; payments are turned into an experience, a strong value proposition to its Millennial heavy user-base. In a recent Bloomberg interview, PayPal CEO Dan Schulman referred to Venmo as a “crown jewel” for its parent company. Schulman often compares the relationship between Venmo and PayPal to that of Instagram and its parent company, Facebook.

In Q4 of 2018, Venmo processed a totaled $19 billion in transactions and grew 78% year-over-year. However, Venmo has yet to turn a profit and is expected to remain unprofitable into the near future. Investors remain bullish, citing monetizable features like “Pay With Venmo,” which allows users to transact with retailers and app-based services, such as Uber.

The rise of the mobile internet provided a medium for innovators to redefine payment services. As financial services institutions stave off mobile payment applications, the Web landscape is once again shifting: savvy developers and entrepreneurs are preparing for the transition to Web 3.0.

Web 3.0 – The Mission for a Decentralized Web

Today, Web 2.0 platforms can grow to the size of nation-states, while their services become further ingrained in our daily lives. There are major concerns that widespread data collection, an essential component of most internet business models, has gone too far. Activists, such as Tim Berners-Lee, are calling for online data rights, while governments are cracking down on corporate misappropriations of data. Luckily, blockchain technology has sparked a global movement for a new decentralized version of the Web.

The concept of a more trustworthy, equitable and open web was envisioned long ago, however, the implementation was not technically possible until Satoshi Nakamoto created bitcoin. Bitcoin’s underlying distributed ledger technology was a monumental breakthrough in computer science: Web 3.0 visionaries believe that blockchain will provide the infrastructure necessary to connect a decentralized web. Bitcoin is also the original cryptocurrency, a nascent medium for storing and transferring value over the internet.

Web 3.0 is a complete overhaul of the Web’s existing framework, as opposed to Web 2.0, which was the next iteration of Web 1.0. Within the decentralized Web architecture, a parallel financial system will exist, one in which digital assets function as the medium of exchange. Modern day electronic payment systems, such as PayPal and Venmo, are built for the current version of the Web. Therefore, many believe that cryptocurrencies will firmly establish themselves within the new age digital economy.

As programmers build out Web 3.0’s back-end, they imagine a future where decentralized storage, device interoperability, cryptocurrency and crypto wallets are omnipresent. In order to reach this utopia, significant technological advances still need to occur for these blockchain systems to scale successfully.

While Web 3.0 advocates eagerly await further infrastructure layer developments, others within the blockchain community are working to solve the usability issues surrounding cryptocurrency.

According to a recent survey by the Foundation for Interwallet Operability (FIO), 75% of participants did not feel confident that their cryptocurrency transactions would always go as planned.

Cryptocurrency provides unrivaled security and offers self-ownership of funds, but the user experience currently leaves a lot to be desired. From “copying and pasting” alphanumeric characters for crypto transfers to mind-numbing storage devices, there is an unnecessarily steep learning curve for crypto novices. Thankfully, BUTTON Wallet offers a simple solution!

The majority of crypto wallets require the installation of external software or external devices, after which, they still only hold a few cryptocurrencies at a time. Some wallets even require a third party to hold your money, raising security concerns. All of these pain points hinder the mass market adoption of cryptocurrency, something the BUTTON Wallet team will not accept.

BUTTON Wallet is the first and only wallet to offer both high usability and self custody. BUTTON is the only Telegram wallet that doesn’t store any user information, passwords or QR codes. Users can currently store and transfer BTC, ETH, ETC, LTC, BCH, and all ERC20 Ethereum tokens without having to incur any external fees. The team is continually adding new cryptocurrencies and will soon release an exchange option. BUTTON also plans to leverage future Telegram developments for its advantage.

BUTTON Wallet was developed by a team of gifted hackers who are passionate about blockchain technology. The BUTTON team has won more than 10 hackathons including ETH SanFrancisco, ETH Singapore, and ETHDenver, where they won 5 nominations. These young hackers possess wisdom beyond their years, having graduated from the MIT Play Labs and StartupBoost LA  accelerators; they are also participants in the most recent cohort for the Silicon Valley incubator, ETC Labs. With 15 years of startup experience, Rachael McCrary, CCO handles the company business affairs.

Although these are the early days of Web 3.0’s development, we now possess the technology that will help us forge its future. Many believe that the Ethereum protocol can serve as the secure back-end for the decentralized Web. On this basis one might find that it is best to follow the BUTTON Wallet developers: not only have they dominated the Ethereum hackathon circuit, but they have also made cryptocurrency as simple as pushing a button!