Ethereum has stalled in its price gain momentum toward its recent price surge which has taken the coin to a high level when you look at the bullish pennant breakout situation. But no matter how the cryptocurrency tries to get there, it appears not to be moving that high. It seems like the coin mostly tries to run into a solid resistance but then take a quick drop below its usual mark.

Although Ethereum has managed to stand against adversity and overtaking competitors, the battle may not yet be over for the cryptocurrency as its biggest defense now is to trail competitors again and hope they fail in fulfilling promises they made to solve major industry issues. Also, dApps and protocols are migrating from Ethereum, which is not suitable for its network.

Furthermore, Despite big-time frame overbuys and many people expecting a bullish trap of a golden cross, Ethereum price might keep soaring through critical and tough resistance levels. However, as the cryptocurrency is said to near the 300$ resistance mark, there is an expectation that the coin will be allowed by one level to a breakthrough in the near future.

Ethereum, the second largest cryptocurrency by market cap., has its time running out. According to analysts, rejections at the downwards channel apex have brought the fear of ETH gradually losing momentum and might see a downtrend for the rest of the month. 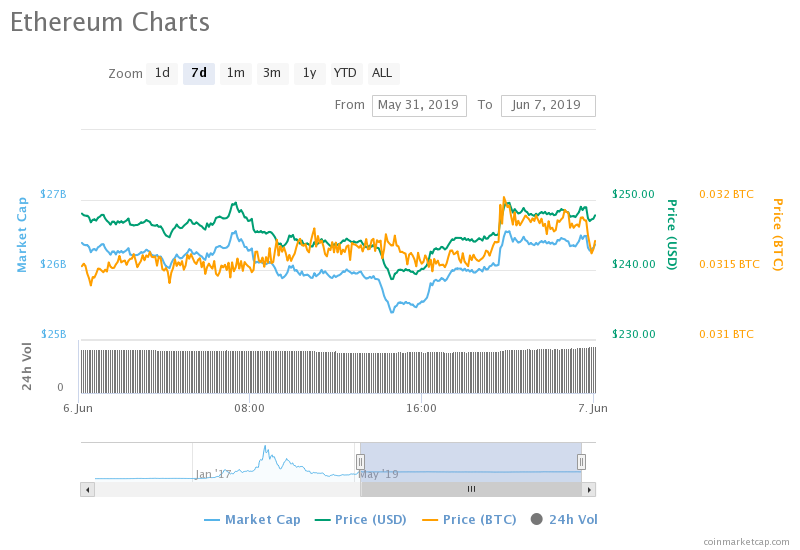 For some people, Ethereum can be the main deal this year but taking a more in-depth look; the cryptocurrency does not seem to have a durable buy setup at its recent level.

In any case, Ethereum has many developments ongoing and upcoming such as the lunch of Ethereum 2.0 in 2021, which is expected to solve scalability issues. The cryptocurrency still brags a solid fundamental which may probably really the price above the $350 mark and take it to pass the anticipated price of $600 by summer.