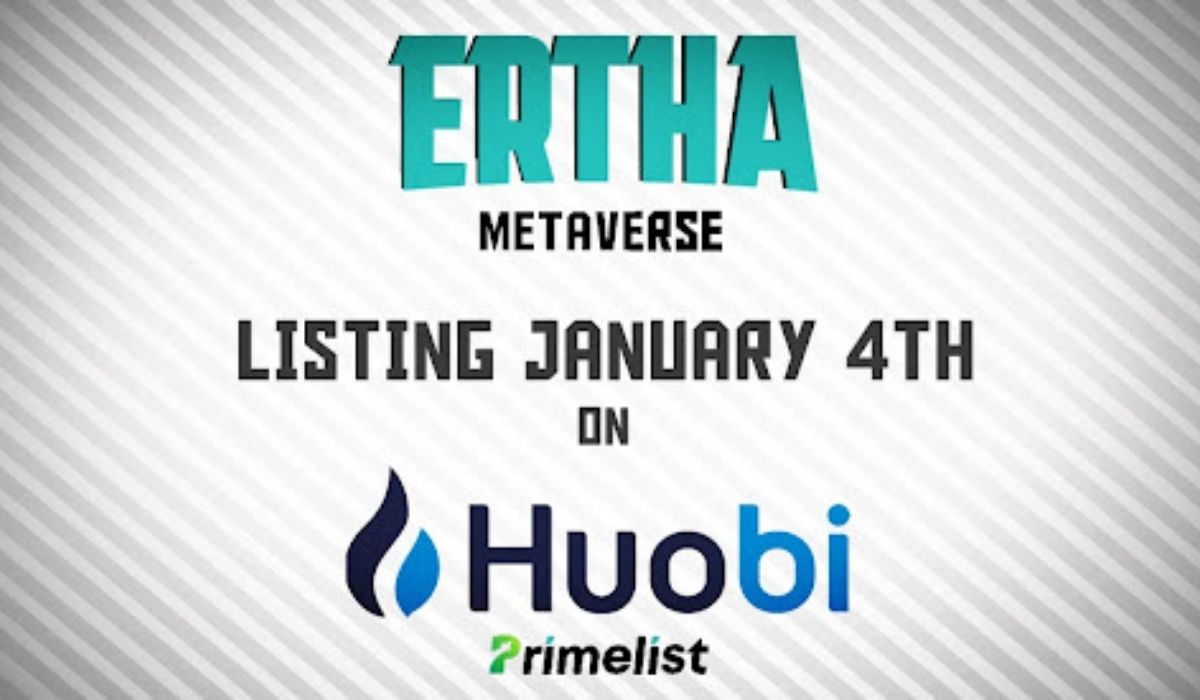 Ertha Metaverse is prime listing on Huobi on January 4, 2022. This is coming after three record-breaking IGOs hosted by GameFi, Seedify, and RedKite.

The listing aims to ensure that Ertha Metaverse becomes the leading token in the GameFi & NFT space as it will bring more visibility and reputation to the project.

So far, the company has raised $5.4 million from a number of world-renowned VC investors. These include LD Capital, Polygon Syndicate, OKEx Blockdream Ventures, Shima Capital, GD10 among many others.

In addition, the prime listing will open doors to investors from a wider range of backgrounds to support the value and longevity of the token. The community can also easily access the $ERTHA token, which will make it more widely used in the long run.

Eartha’s world is a complex playspace where players can create new governments, economies, and shaky alliances between its player base. There are 350 thousand plots of land, each of which collects taxes, fees, and other forms of revenue from the transactions taking place on them.

The design mimics that of real life, driven by a community of players. Players’ actions under different circumstances can bring different results, good or bad. Owners of territories have a say on trade laws to taxes on the transactions being conducted in their territory and token holders will profit from their real estate investment.

Players can also expand their portfolio of HEX plots by visiting the marketplace where they can always buy more land. The options have been expanded lately with the addition of South Africa and wider coverage for Brazil and India.