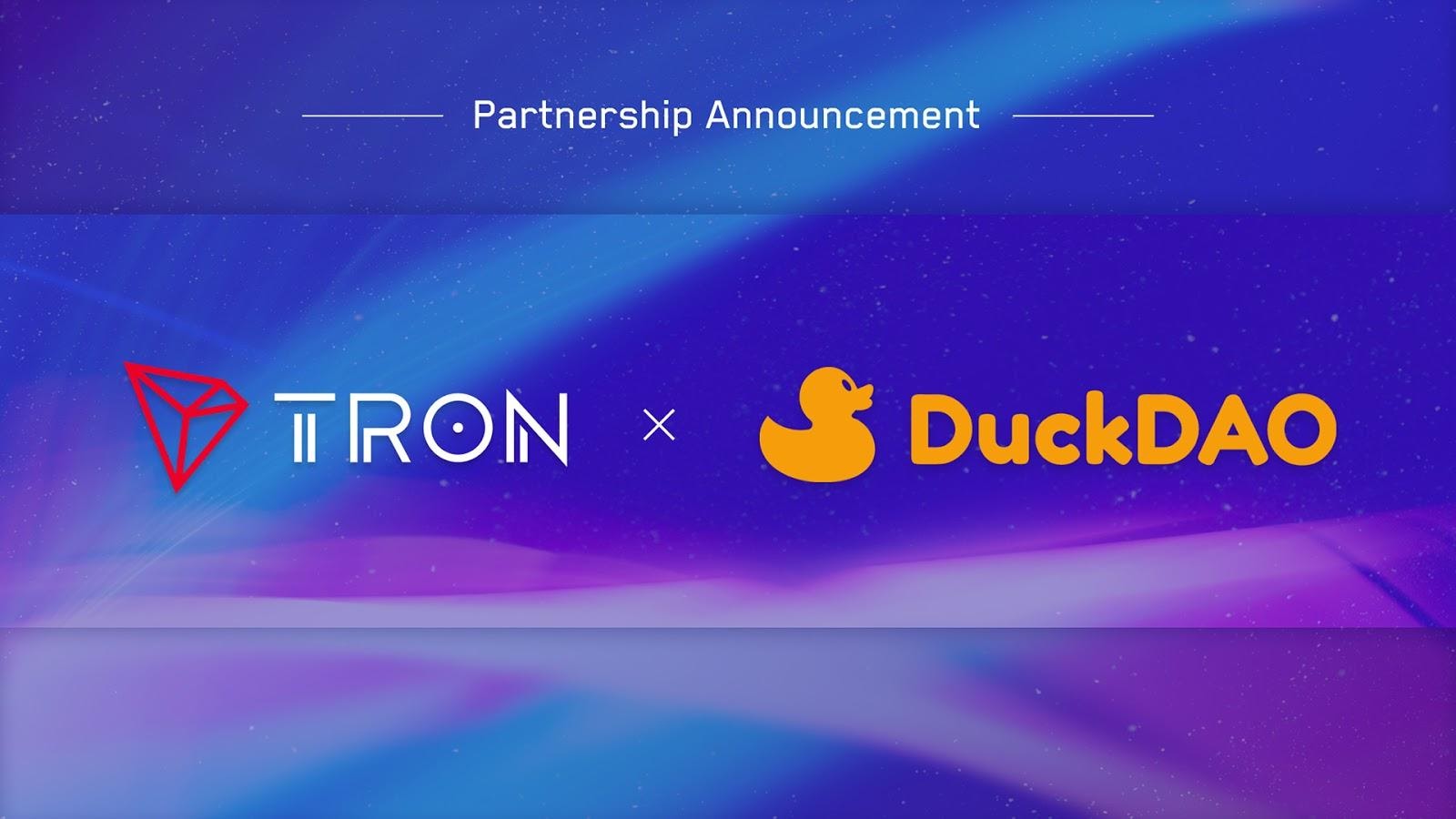 It is pertinent for blockchain ecosystems and DeFi projects to find common ground and focus on interoperability. A fractured landscape will not lead to the mass adoption of decentralized finance or cryptocurrencies. DuckDAO and TRON acknowledge something needs to change and enter a strategic partnership.

As one of the many successful decentralized finance projects on the market today, DuckDAO wants to help up-and-coming projects achieve their maximum potential. By providing resources, marketing help, and a platform to raise money via token sales, the DuckDAO ecosystem is versatile and viable. However, building such a service on just one blockchain would be somewhat counterproductive and hamper the broader industry’s growth.

Initially developed on Ethereum, DuckDAO acknowledges the potential of building cross-chain support. For this reason, the venture has expanded to Binance Smart Chain and Polkadot previously. Ethereum’s current ecosystem is expensive to use for both projects and users, reducing the viability of what the team wants to provide.

Expanding the DuckDAO concept to the TRON blockchain will prove beneficial for both parties. In recent months, TRON has become home to several up-and-coming DeFi projects. Thanks to its low fees and faster transaction, TRON holds a viable position to process much data. More importantly, all TRON blockchain projects can join the DuckDAO community and benefit from its IDO capabilities to raise funds.

Through the Initial DEX Offering – or IDO – it becomes easier for projects to raise funds or sell their native token to interested users. IDOs have proven incredibly successful over the past few months, and adding a flavor of cross-chain support to it can usher in a new era for both blockchain and decentralized finance projects.

As one of the few DeFi projects to openly support four of the major blockchains, DuckDAO is cementing its position as an industry leader. Every supported blockchain holds tremendous long-term potential for the community and lowers the barriers for newcomers looking to enter this space. Users should not be forced to “use the right blockchain” to access innovative tools and products.

By expanding existing products and services to be compatible with multiple blockchains, a new page is written in the annals of blockchain and cryptocurrency. Cross-chain composability and compatibility will become a necessity to build more complex projects capable of empowering more users.

This move also enhances the visibility of TRON as a blockchain for complex products and services. Although many people have overlooked the network recently, it still holds tremendous potential in this space. Rather than competing with Ethereum, BSC, or Polkadot, DuckDAO shows how TRON can complement these other ecosystems to help build a better future for millions, if not billions of users globally.