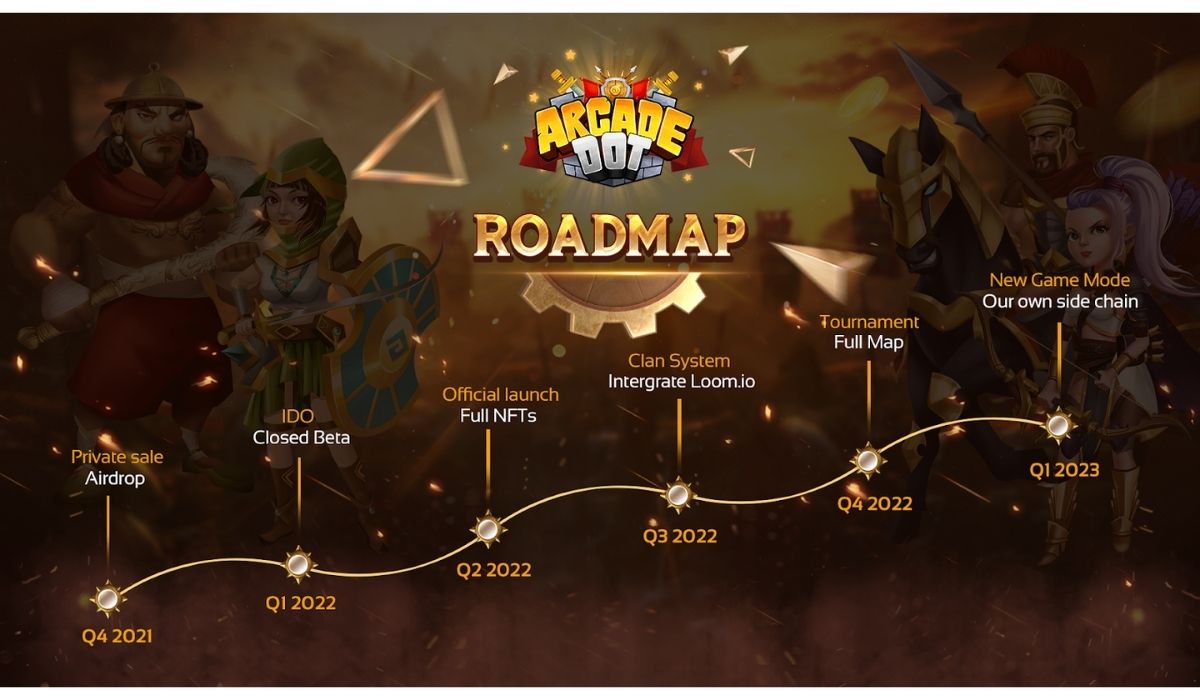 DotArcade, one of the most highly anticipated NFT “Empire” games, has announced the release of IDO on Gamestation on January 12, 2022, and on Koistarter, Onus, and BSCstation on January 15, 2022. Dot Arcade is the first game that combines a mix of both the Arcade and Moba genres games.

While hundreds of other NFT games maintain the usual “traditional” turn-based and click-to-earn formula, Dot Arcade, a real-time strategy game, is one of the most anticipated games for 2022.

This is one of the earliest NFT games to combine with a mixture of arcade and MOBA gameplay, according to DotArcade. It also includes an appealing real-time warfare mode.

The game’s alpha version has been completed by the devoted DotArcade team, and the final NFT version will be launched in the second quarter of 2022.

The biggest achievement of developers, according to most gaming experts, is to develop something that is recognizable to the players – not to make it too complex for them to play. This is DotArcade’s main benefit; the empire-building and the battle-fighting game offer gameplay that most users would recognize. DotArcade brings back memories of “legendary” strategy games such as Ages of Empires and Clash of Clans.

DotArcade is a project that has passed the primary process of examination and has been accepted into the ONUS community evaluation round. Because ONUS is the most popular cryptocurrency investment platform in Vietnam, this demonstrates DotArcade’s enormous potential. Other ONUS community-approved and invested projects, such as Heroes TD, have been tremendously successful.

Archers, Barbarians, and Cavalries are the three sorts of characters available in DotArcade’s combat.

Archers may conduct long-range attacks or defenses, and they are required to destroy sentry towers. Archers have a strong defensive rating but a low strength rating, making them defenseless in close combat.

Cavalry training demands the most resources and time. The Cavalries, on the other hand, are the most powerful and mobile characters in a DotArcade battle. When both “empires” are at an advanced stage of development, cavalry is required for extended wars.

Users can join numerous Clans to enhance their standing and increase their chances of earning NFTs in Dot Arcade’s four main eras.

DotArcade tokens (“$ADT”) and Trophy tokens are the two types of tokens available. While Trophy tokens will be used for in-game activities in the initial stages, $ADT tokens are DotArcade’s primary currency. NFT trading, rank improvement, and staking for rewards will all be possible using $ADT. To play Dot Arcade’s higher-level quests or maps, players will need $ADTs.

Players can earn ADTs and NFTs by completing missions in the DotArcade team or by defeating their opponents in real-time fights. “Winners play to Earn, Losers play to Collect,” according to Dot Arcade’s principle, which will make all players pleased after playing the game.

Dot Arcade will offer a variety of NFTs that will significantly boost users’ chances of winning real-time matches against their friends. Furthermore, NFTs will aid in reducing the time it takes for a player to repay their initial investment.

Under the direction of “Captain” Yoyo BiBo, who has over 17 years of expertise in the development of mobile games and mobile value-added services, the Dot Arcade team consists of skilled professionals in numerous industries. He has produced hundreds of online mobile apps, some of which have over a million downloads and ten thousand CCUs: Vitalk, Yoyo Chat, and others.

Horizen (ZEN), ONUS, BSCStation, Gamestation, GAMI, and Jade Labs are just a few of the significant partners’ Dot Arcade has established. Horizen (ZEN) is a Blockchain Platform with leading security technology, Jade Labs is recognized for generating a number of successful NFT games, and ONUS is a Bloomberg-recognised mobile investment app that is immensely popular in Southeast Asia.

More information can be found at http://dotarcade.io