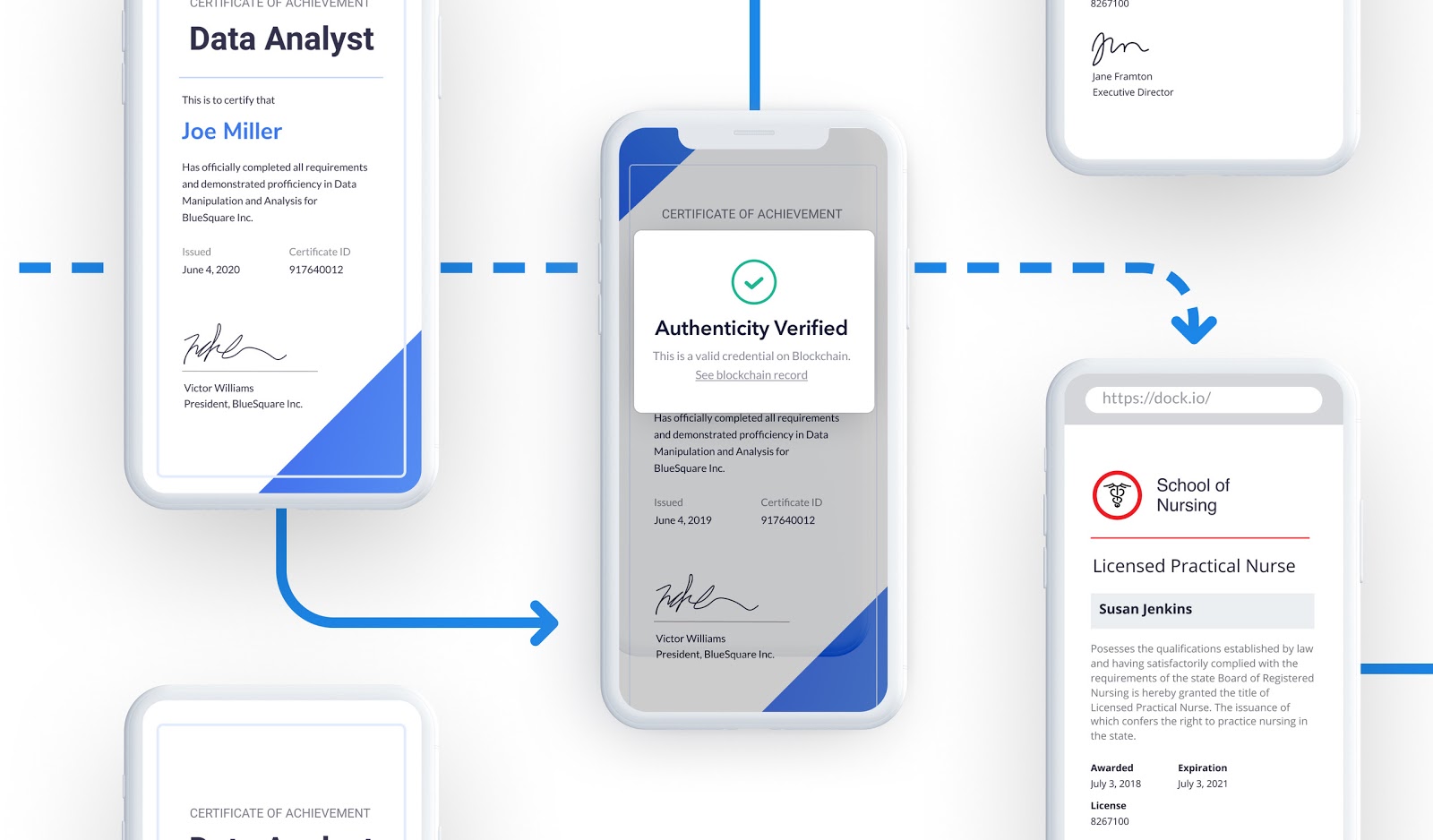 Despite their importance in our daily lives, both digital and hard copy credentials contain numerous risks and potential hurdles. Credentials are typically owned and controlled by third parties, which makes them difficult to verify and susceptible to fraud. As the world becomes more digitized, the ability to own and share credentials in an inherently verifiable manner is becoming more important than ever. Dock’s mission is to provide solutions to the universal problem of a lack of trust in data.

Even though digitization of credentials has been surging in the past few years, there are still many problems with how this data is captured, shared and stored. Credentials, which can be anything from identity documents, academic achievements, workforce licenses, healthcare records, and many others, are often controlled and siloed by various organizations who prevent individuals from owning their own data. These third-parties are often incentivized to restrict access to personal data with business models designed around maintaining major data silos. In addition to hindering verification of data, this also imposes major security problems with the amount of sensitive data stored in companies’ databases that is targeted by hackers. New standards for data protection need to evolve at the technology level that are adaptable across industries and put protection at the level of the individual whose data is in question.

Dock solves these problems by enabling organizations to create universally verifiable digital credentials that utilize their decentralized network for maximum security at a minimal cost. The Dock network removes the need for manual verification for digital credentials, making them cryptographically verifiable without reliance on third parties. Even if the issuer of a credential ceases to exist, the credential will still be valid.

With the launch of its upcoming mainnet, Dock will enable developers to build applications for issuing credentials on behalf of issuers, such as universities, government organizations, and companies, to issue cryptographically secured and individually-owned credentials that will be verifiable throughout their lifetime.

For information on Dock’s mainnet launch head to https://www.dock.io/mainnet

Any organizations looking to find out more about issuing on Dock network can get in touch at marketing@dock.io

Developers looking to start building can find out more can head over to the company’s developer docs at https://docs.dock.io/build