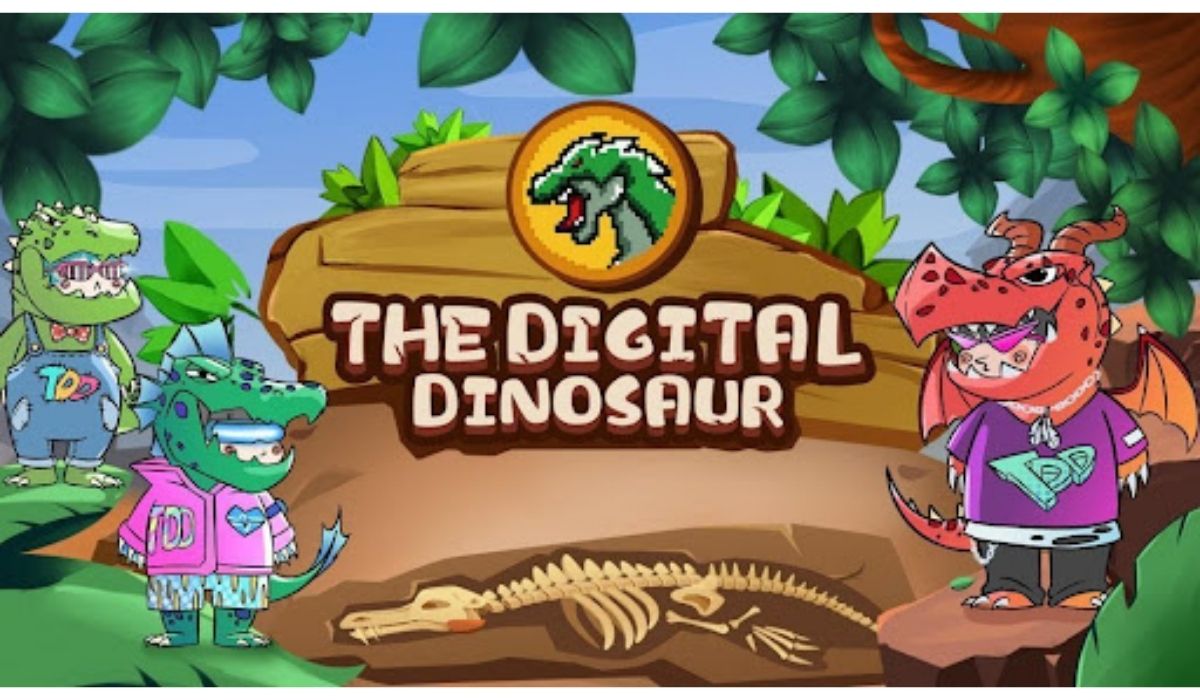 Digital Dinosaur is an NFT GameFi-game, based on the Binance Smart Chain (BSC). The game has a Dinosaur theme and is releasing its first on-chain game tagged “The Digital Dinosaur”. This is a play-to-earn game that allows its players to obtain $TDD rewards through guarding the territory, PvE Lord Challenge, PvP player battles, and NFT transactions. $TDD is the only circulated Token in the world of “The Digital Dinosaur”, with a total circulation of 400 million.

This is the first dinosaur series game launched by Pixel Land, co-founded by Dimitry Sorokin and Torres Affleck, and nurtured by Stanford University and Harvard Thomas Blockchain Lab. The core members of the team are from Google, Blizzard, PayPal, Riot Games, Sony, Chaos, and other top Internet and large-scale well-known game companies in the world. The team has currently received US$12 million in financing.

The team is enthusiastic about this project and believes the first chain game will create a unique decentralized NFT game meta-universe ecosystem. Thomas of Stanford University Lab said:

“With the launch of the first chain game “The Digital Dinosaur” on the Binance Smart Chain (BSC), we believe it can be built. A global decentralized blockchain game platform with “TDD ” as the pass will eventually realize a completely decentralized NTF game meta-universe ecology.”

Aside from the game being fun-filled and rewarding, the project also has its own token internal circulation consumption model. The burning and destruction mechanism deflationary release model ensures the stable circulation of $TDD, which will conductively lead to an increase in the value of $TDD.

The sales of blind boxes will be open in advance with a discounted amount of USDT.  After the game is launched, it will be adjusted to $3500 $TDD tokens and early holders of the blind box will benefit as the price appreciates.

Additionally, all users who purchased blind boxes during the pre-sale period will receive $TDD airdrops and territories airdrops worth 50 USDT. About 80% of the funds gotten from the blind box pre-sale market will flow into the PancakeSwap liquidity pool. The DDino NFTs generated by the blind box can be applied to the Dinosaur series of games and the Jurassic universe ecology that the platform will launch in the near future.

Before the game goes live, the original DDino-NFT blind box of $3500 will be pre-sold on the official website of “The Digital Dinosaur” at a limited-time discount price of $200 USDT. The total pre-sale is limited to 4000 DDino-NFT blind boxes. The sale is slated to take place in two phases. Phase I will be on the 29th of December 2021 with 1,000 blind boxes at the price of 200 USDT. The second phase is on the 31st of December 2021 with 3000 blind boxes at  200 USDT as well.

The Digital Dinosaur gameplay is designed such that each player represents a dragon trainer in the digital dinosaur world. Every gamer needs to open a blind box or obtain a dinosaur NFT card in the trading market before starting the game. With a simple, easy to understand user interface, the game is enriched with diversified token reward gameplay that focuses on satisfying global players with an exciting game experience

Each player can set up to three territories at the same time and each territory can place an NFT dinosaur card with matching attributes for territory guardianship, and get a generous $TDD territory guardian reward for every 24 hours. The game provides players with three difficulty modes to choose from and participate in. Players can challenge one of the three lords in the PvE lord challenge and if they succeed in the challenge, they can get more $TDD rewards.

In the PvP player battle, the system matches the players in a 3V3 battle. Players manually select the order of DDino and will fight on the system’s random territory attributes based on a three-round two-win system. The winner Obtain $TDD rewards and release the Territory Guardian rewards in proportion to the ticket. Finally, the qualifying quarterly PVP duel opens every 2 months as a season, and each season will be open to playing at a specific time.

As part of the project aims to further its global market promotion, expand its user base, attract more players, and build a global decentralized blockchain game with $TDD, the project plans on releasing dinosaur football, marble dinosaurs, dinosaur kingdom, dinosaur manor, dinosaur elves and a lot more to form a digital dinosaur meta-universe in the near future.