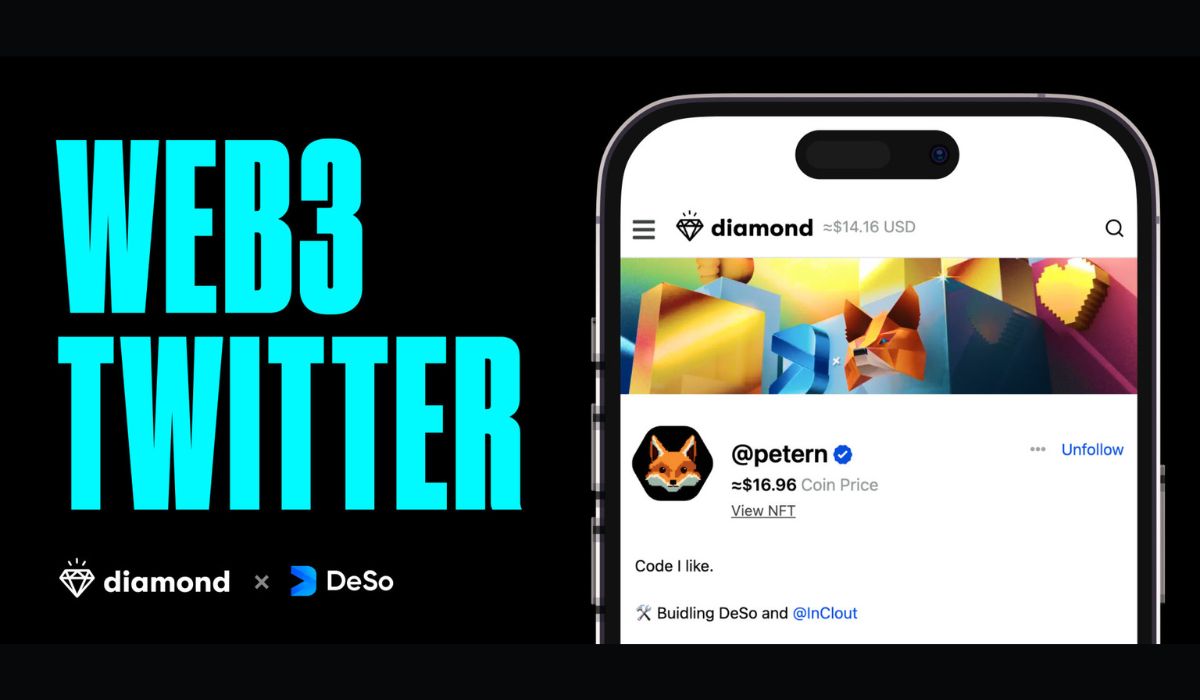 The blockchain community is celebrating the launch of a decentralized Twitter alternative, Diamond, powered by the DeSo blockchain.

Diamond is a Web3 social app that seeks to become the home for creators and their audiences to build engaging communities around incentives, content, and ownership. Built on the decentralized social blockchain, Diamond host its content and social graph. The platform hopes to help content creators finally monetize social networks, fully own their content and monetize value for holders. This means that creators on the platform are free from censorship and have a new way to monetize their efforts fully.

Notably, any post created on the platform can be minted as an NFT, and there are virtually gas free. Instead of likes, viewers can send content creators real money with tips directly. In addition, creators can launch social tokens that allow their followers to invest in their success.

“Existing blockchains cannot store content efficiently. It costs about $50 to store a 200-character Tweet on Ethereum and about fifteen cents to store it on Solana, Avalanche, or Polygon. In contrast, DeSo is one ten-thousandth of a cent, making it the first blockchain capable of disrupting storage-heavy applications like social, blogging, and even marketplaces.”

The onboarding process is easy, similar to creating an account on a Web2 platform like Instagram. Thanks to the DeSo blockchain, user profiles and social graphs can be used across any DeSo app. The team behind the project choose to use the DeSo blockchain due to its unique strength in content storage. Diamond has also integrated the DeSo wallet, making it easy to bring on board users within Ethereum and mainstream users.

“The DeSo wallet supports both a one-click Google login and a one-click MetaMask login. It’s not our goal to be tied to a single chain, or really any chain. We just want to allow people to connect with each other no matter what ecosystem they’re a part of. DeSo is the unified social layer for all of web3.”