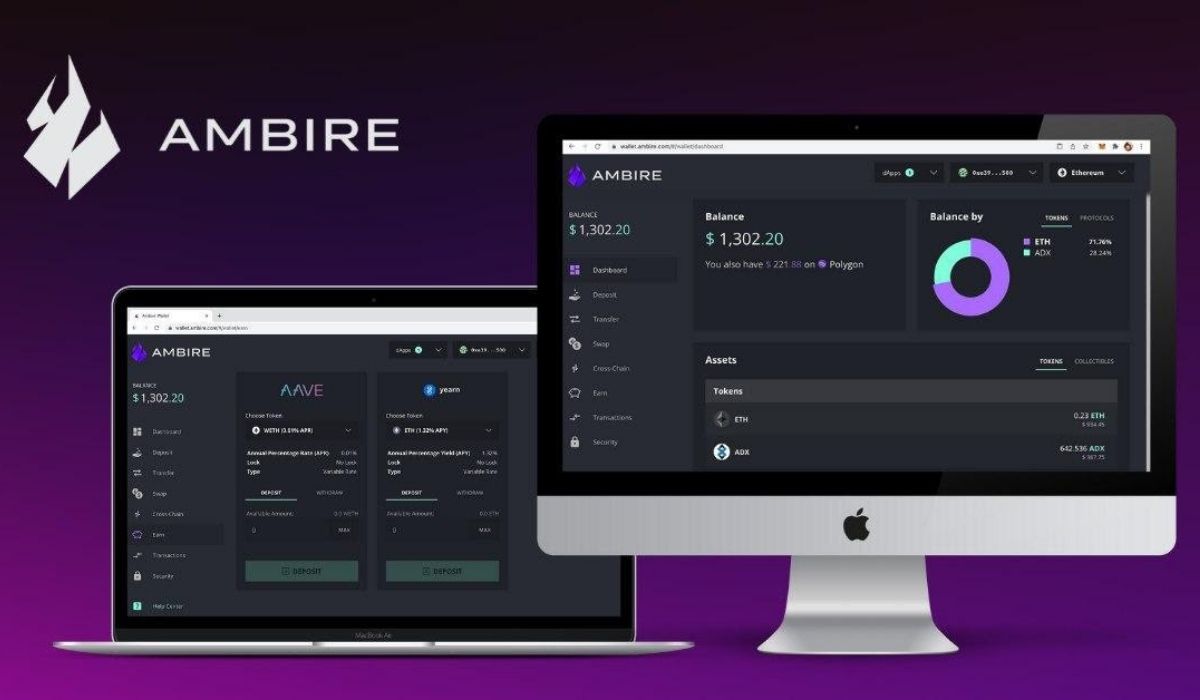 After undergoing extensive auditing and beta testing with more than 5,000 accounts, the first non-custodial wallet with email authentication, Ambire Wallet has been launched to the public. Ambire wallet is a new-generation non-custodial and open-source smart wallet that offers its users easy access to DeFi enhanced user experience and a focus on security.

Ambire is the first DeFi wallet that doesn’t require installing an extension or writing down a seed phrase with smart recovery. All it takes to sign up is a simple email, a browser, or a hardware wallet. Although, a user’s private key and email are used to authenticate the wallet when initiating transactions. With this wallet, users can easily purchase or transfer crypto into their accounts.

Aside from allowing an easier and faster way to get into crypto, Ambire wallet also enables batching transactions and skipping protocol approvals to avoid unnecessary transaction fees, gas management automation, Trezor, and Ledger hardware wallet support, open-source and battle-tested contracts. Users can also easily deposit into DeFi protocols like Yearn to generate yield and borrow at low rates from Aave and other DeFi protocols.

Ambire wallet is strongly supported by Ethereum, Polygon, Binance Smart chain (BSC), Avalanche, and thousands of ECR20, BEP20, and MATIC tokens. The platform looks forward to supporting more networks in the near future. The team recently secured a funding round of about $30 million from investors and private firms, led by Ascensive Assets, LaunchHub Ventures, Metacartel Ventures, Daedalus, Zee Prime, Spark Digital, and Danish Chaudhry, the CEO of the Bitcoin.com exchange.

Alongside the wallet launch, Ambire will also be launching a liquidity mining program that allows early users to preemptively accumulate an allocation in the upcoming $WALLET token. A total of 300 million $WALLET tokens will be given as rewards to early users who fund their Ambire Wallet accounts beginning from the wallet launch to over a period of 4 years. These rewards will be seen by the users as soon as the token is launched in the coming weeks. There will also be extra incentives to LobsterDAO, Degenscore, and ADX stakers community members.