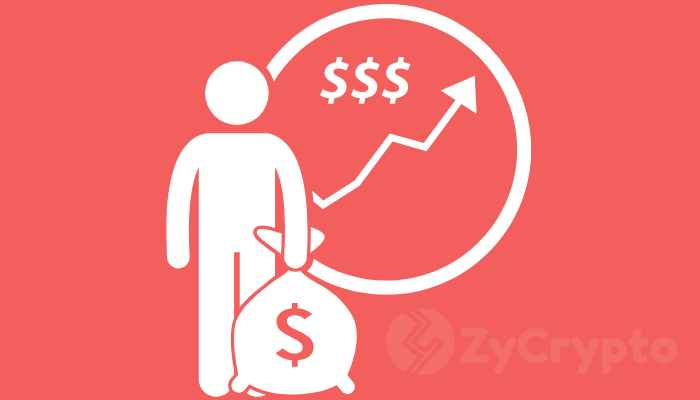 My first encounter with cryptocurrency investment was somewhere around 20 August 2017. I had heard a lot about how Bitcoin had created millionaires overnight. During that time, I read a couple of posts that recommended digital assets with cheaper prices and had the potential to rise.

I had the common motive of investors: “I will cash big when the price rise”. I then settled on Ripple’s (XRP) since some cryptocurrency articles and experts had predicted that XRP would trade above $10 in no time. On 20 August 2017, XRP was trading at 0.15. I bought 3333 XRPs worth $500 and stored them in an online wallet.

I was so excited about my action and had to wait for a few for weeks or months to hit the Jackpot. I never monitored the price because I had read about a man who after buying some bitcoins didn’t go back to his wallet till he heard that the digital asset was making waves. I was in school by then.

On November 2017, I decided to check the price of XRP since I could not wait any longer. Surprising to me, XRP was trading somewhere within the zones of $0.2-$0.25. I said to myself that this would not work. Maybe the cryptocurrency market has exhausted its magic that there is nothing better that can come out of there. Out of disappointed, I sold all my XRPs to an exchanger and decided to focus on something else.

On 22 December 2017, I was getting ready to go home since school had vacated. A very close friend who knew I bought XRP ran into my room, and he was like “Johnny! Have you checked the Ripple price?”. I told him that I sold everything off. He then broke the news that XRP had hit $1.09. I thought it was a joke. I checked it myself, and Lo and behold; I had missed out the train. I felt so bad and weak.

On 4 January 2018, XRP hit its peak with a trading price of $3.6. My 3333 XRPs would have turned to $11,996 around that time. I decided to repurchase some XRPs. With $500, I got just a few XRPs due to the price, and I ended up losing my money since the cryptocurrency slowly climbed down the price curve to trade below $3. I later ended up losing those coins too because I refused to write down my private keys.

From my story, it is evident that the cryptocurrency market does not give signals before taking off. The day you decide to give up, who knows? You may have been on the verge of hitting the jackpot.

The cryptocurrency investment is a long-term one, so there is the need to invest with an amount you can afford to lose so that you can stand the temptation of changing your mind to sell off your assets.

It is worth to note that Bitcoin, for instance, took years of few dot movements before breaking out to the thousands. Get ready to wait for months and years to see what you expect to see in the cryptocurrency market.