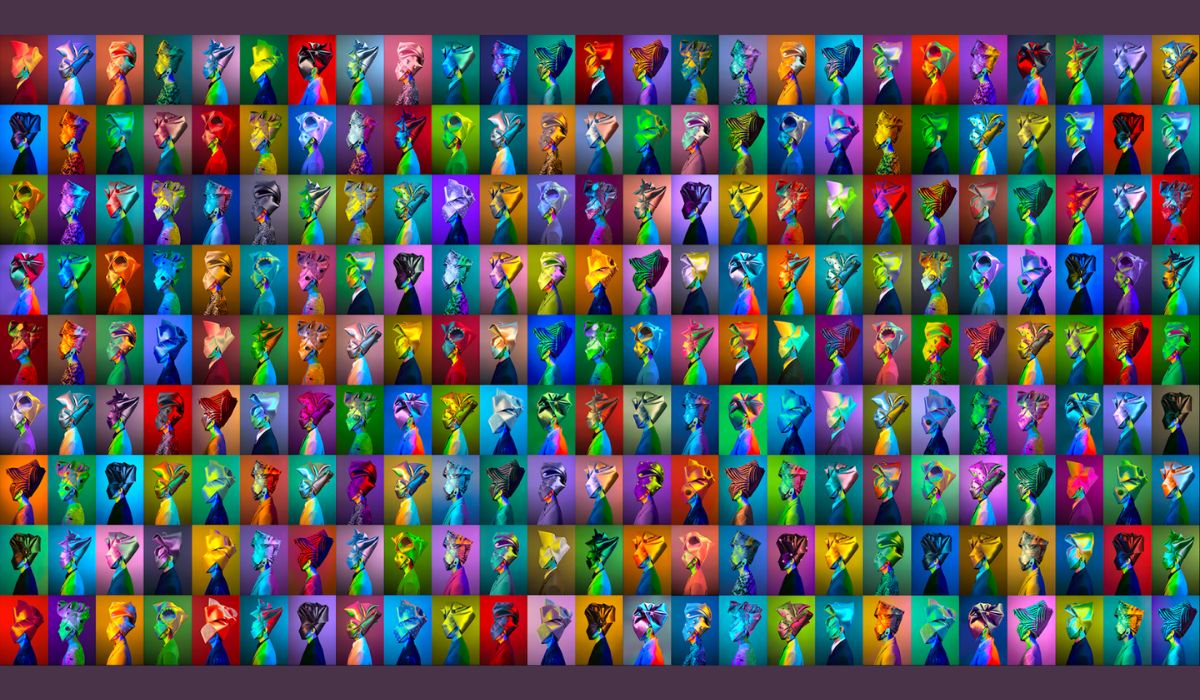 The acceptance of digital art in its many formats is continuing unabated, in large part thanks to the revolutionary inclusion of Non-Fungible Tokens (NFTs) into the creative process. The ability to issue digital art in NFT format and tether a unique digital identifier to any conventional piece of talent has spawned an entirely new breed of artists with solid followings.

Michael Winkelmann, best known as Beeple – a hugely successful NFT artist, is testimony to the growing popularity of digital art and the encroachment of advanced blockchain-based solutions into visual expression territory. In a recent interview with Wall Street Journal, the artist told that having a verifiable database of art is a major boost for the entire art industry in tracking provenance and adding reliability for both artists and collectors.

But not only that. NFTs expand art’s influence beyond mere database tethering, as evidenced by Ekaterina Perekopskaya and Rostyslav Brenych. The creative duo from Concept2048 made a groundbreaking impact at the 59th Venice Art Biennale’s Personal Structures exhibition with their polyptych of 2,048 hand-made NFT-based photographs focusing on raising awareness of global challenges.

The mesmerizing images depicting a kaleidoscope view of a mystical envoy from a distant verse draw attention to the scarring issues affecting our world – climate change, pollution, overconsumption, poverty, and the myriad other woes that should incline one to abandon individualism in favor of caring and sustainable development for all of humanity.

Taking on inspiration from their backgrounds in fashion, art and conceptual production, Ekaterina Perekopskaya and Rostyslav Brenych are releasing the limited Concept2048 collection in an effort to spur collectors to contribute to building a better future as part of the attracted funds will be donated to charities. NFT owners can vote for one of four elements – water, fire, earth, or air, thus selecting the area they wish to support. The authors believe that NFT owners trying on the guise of the image they acquire from the collection will have a palpable incentive to improve our world by looking at it from an otherworldly perspective.

The immense success of Concept2048 saw its first batch of NFTs sold out in mere hours, with the public sale scheduled for January 24, 2023. 1,448 NFTs are slated to be sold on the OpenSea marketplace, and another 600 NFTs on the Ton Diamonds and Getgems platforms. The limited spots in the whitelist available can still be acquired on the project’s official website or through the Concept2048 Telegram community bot.

Recent research into the NFT market’s growth potential in 2023 indicates that new collections will be demanded and traded, as evidenced by record-breaking sales of NFT art at Sotheby’s auctions. NFTs are also likely to see broader integration in gaming via the Play-to-Earn model and metaverse environments. But art is certain to remain the prime focus for NFT, considering the expansion of its application in the film, TV, and music industries.