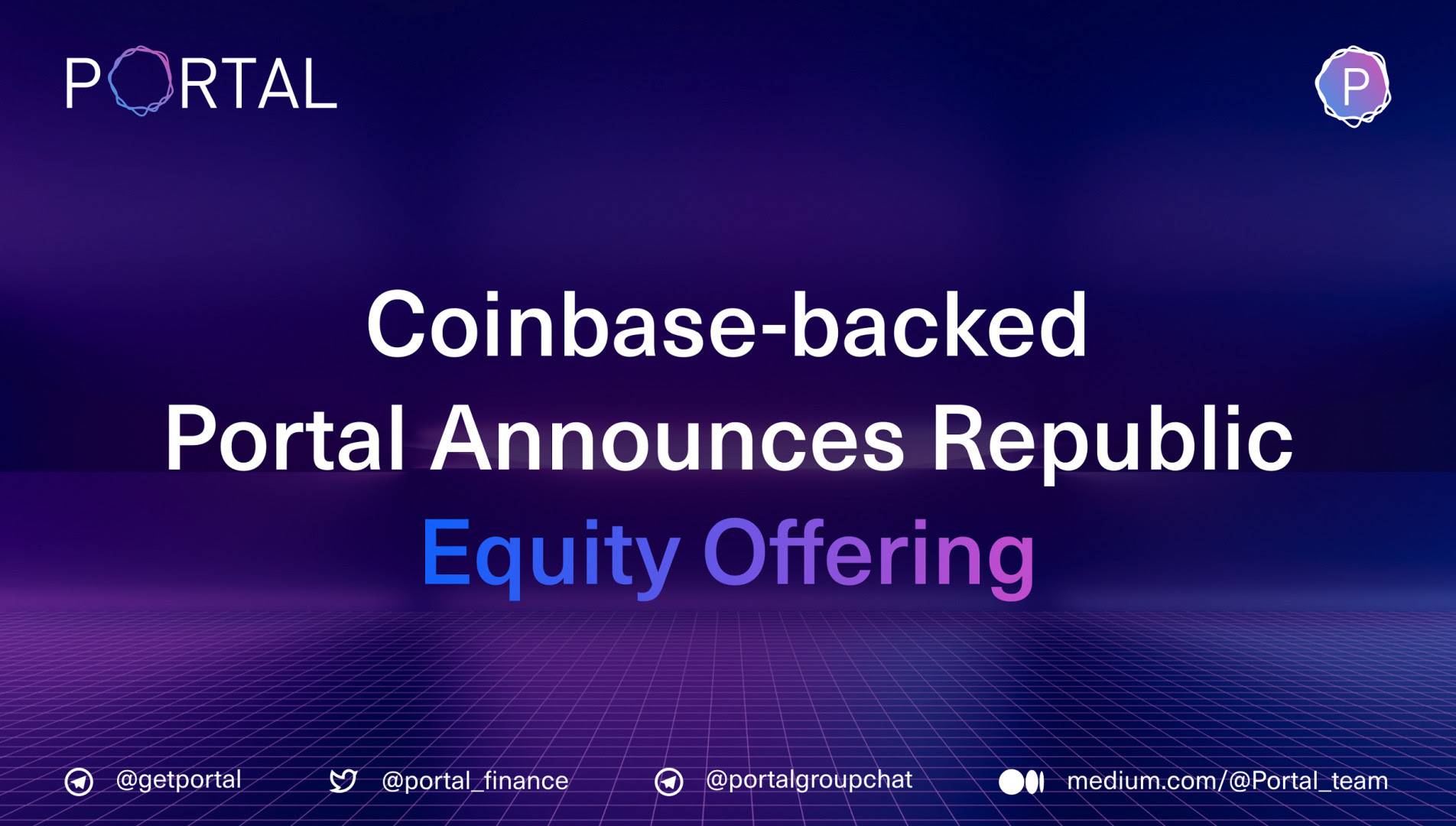 Portal is excited to launch its Reg D equity offering through Republic, a multi-asset investment platform that enables anybody to participate in vetted, private firms. Republic is a cross-chain Layer-2 DEX network being built on Bitcoin. On Monday, July 18, the public auction started.

Portal is building a stronger base for self-sovereign finance by enhancing Bitcoin’s capabilities. The team genuinely thinks that the project is made up of its players. They want to ensure that everyone who helps create a fully decentralized financial network—including partners, users, and even Republic investors—enjoys the business’ expansion as much as its founders. By opening up ownership of Portal to the general public, it is extending the reach of its activities (and revenues) to a larger population.

According to Republic, only 3% of businesses are permitted to raise money on the platform after going through their verification procedure. The public will be able to invest in the ambitious project that will develop DeFi on top of the Bitcoin blockchain, thanks to the equity offering.

As Portal gears up to deploy its testnet in the upcoming weeks, the Reg D stock offering is made through Republic’s platform. On top of the Bitcoin network, it is developing a completely censorship-resistant DeFi ecosystem.

Even though Bitcoin is sometimes viewed as nothing more than virtual cash, Portal is using the Bitcoin network as the foundation for stacks of censorship-resistant financial applications to be built on top of it. Over the past year, geopolitical development has underscored the necessity of a censorship-resistant global financial system.

True decentralization is provided by the peer-to-peer atomic swaps that power Portal, allowing users to transact in native Layer-1 assets across several blockchains with no delays, blocked funds, or attacks.

In addition to enhancing Bitcoin’s cross-chain capability, Portal’s Layer 2 and Layer 3 technology makes it easier to create censorship-resistant media, communications, and cross-chain swaps that can be executed with just one click on top of the Bitcoin blockchain. It enables the peer-to-peer execution of “smart contracts” for asset issuance, swaps, staking, liquidity, and more in a private, off-chain environment without third-party custody or control.

The sale will be open to investors from all across the world, including Americans who are citizens and residents. They will choose to pay using fiat currency or BTC, USDT, USDC, or ETH.

There are only roughly 1,900 investors in total. Portal anticipates a quick sell-out of the Reg D offering.