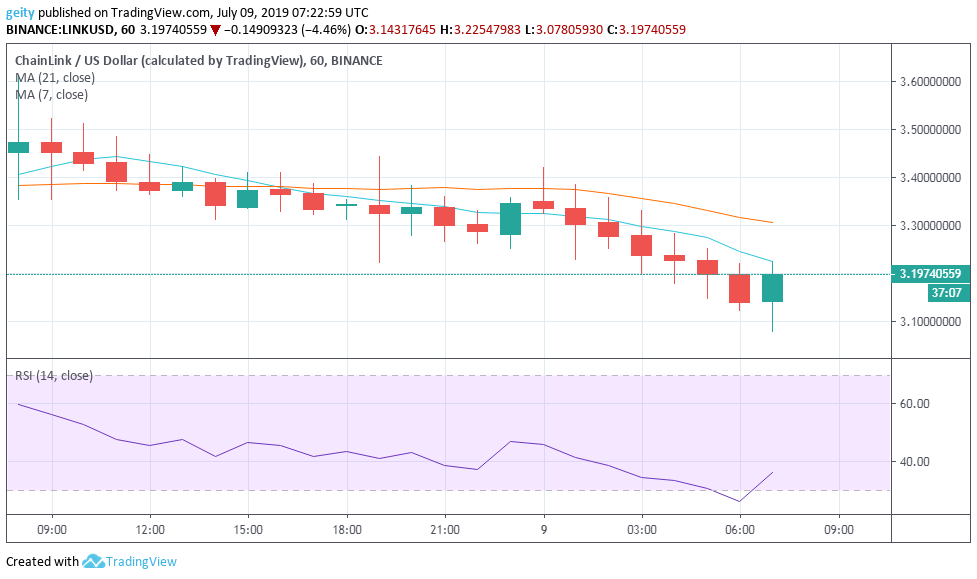 LINK has exhibited a bearish outlook over the last 24hrs. LINK/USD pair is down by 7.9% having moved from $3.47 to the current rate of $3.19. The downtrend was buttressed by the 21 day MA that is currently gravitating above the 7-day MA that indicated a bearish signal. The coin has a max total supply of 1 billion coins and a circulating supply of 350 Million coins over the last 24hrs.

The RSI indicator sharply dipped from a high of 60.48 to a low of 26.22 that showed that the market is on an oversold territory.  This also indicated high increase sellouts; thus, traders should get set to go long in the next few hours.

In addition, the RSI indicator is currently heading north that showed the reluctance of investors to sell their coin in anticipation for much better prices.  The massive dip of the pair’s price has, however, affected investor’s sentiments negatively.

At the moment, the RSI is heading north that indicates a bullish signal.  New targets should be set at $3.3000 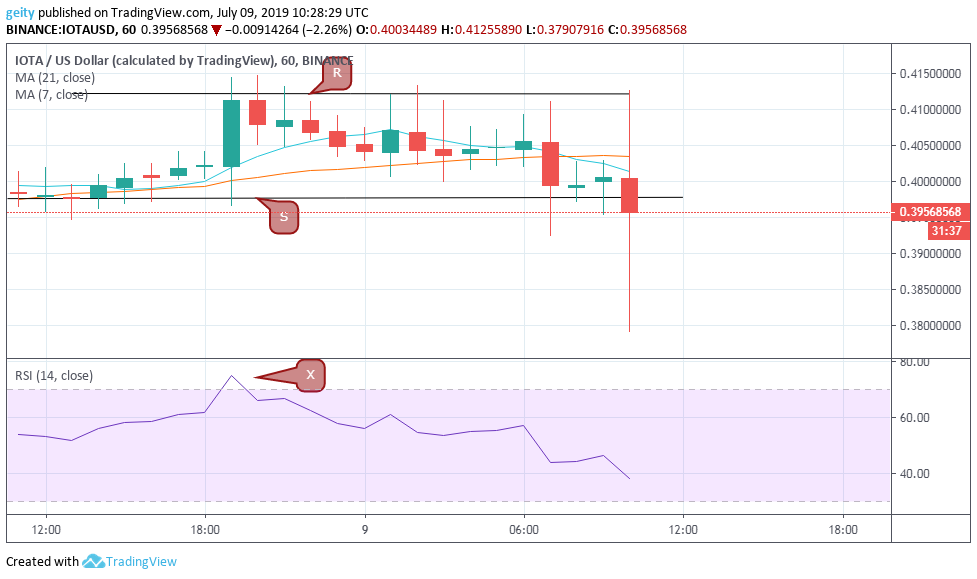 IOTA/USD pair is also down by 0.8%. It began trading yesterday at $0.3984 and is currently trading at $0.3957. The bearish signal was reflected by the 21 day MA that has crossed over the 7 day MA that indicates a bullish signal.

IOTA saw a bullish momentum that fluctuated the price to rally to a high of $0.41447 that was reflected by the RSI indicator X that was seen above level 70. This indicated an overbought market momentum at that period of time.

The RSI, later on, dipped from a high of 75.83 to a low of 38.12, which, showed an increase in sellouts. This indicated a lack of confidence in the coin by investors. New resistance level was placed at $0.4121, and support level was at $0.3978 where they were both tested severally. Notably, only the support level was broken, which indicated a bearish price movement.

At the moment, almost all the indicators point at a bearish price rally. With the RSI currently heading south and the 21 day MA trading above the 7-day MA. Further downtrend should be expected. New target should be set at $0.3800. 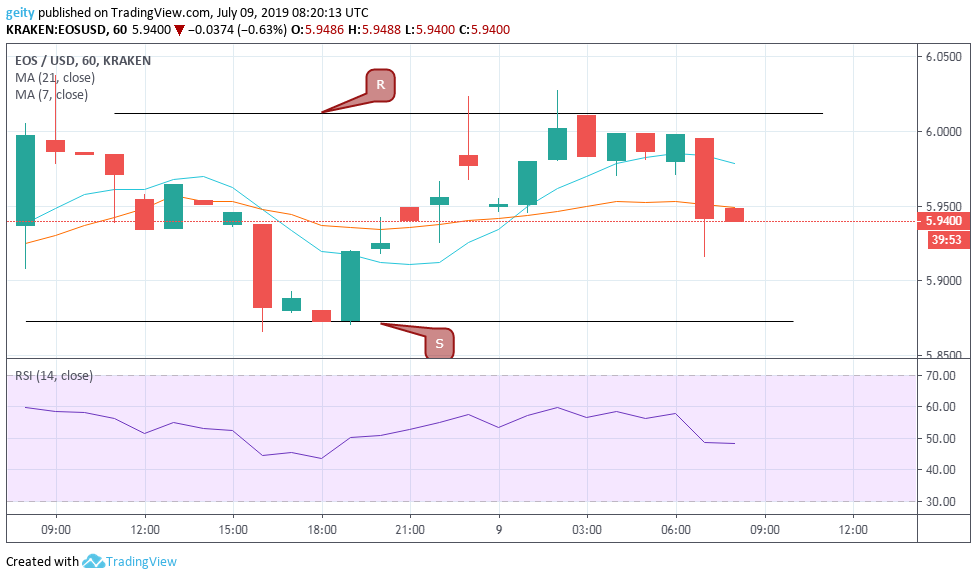 The RSI indicator was also seen hovering between level 60 and 40, which indicated that EOS was trading on a sideways price movement.  The moving averages were also seen intertwining, which, showed that the market has likely lacked momentum.

In addition, either buyers or sellers dominated the market momentum. Resistance level was later on placed at $6.0120 and support level at $5.8729. Notably, both resistance and support levels were tested in several instances.

Currently, the 7-day MA is above the 21-day MA, which indicates a bullish signal. Traders should expect an upward price rally in the next few hours whereby resistance level is likely to be broken. New targets should be set at $6.0200.