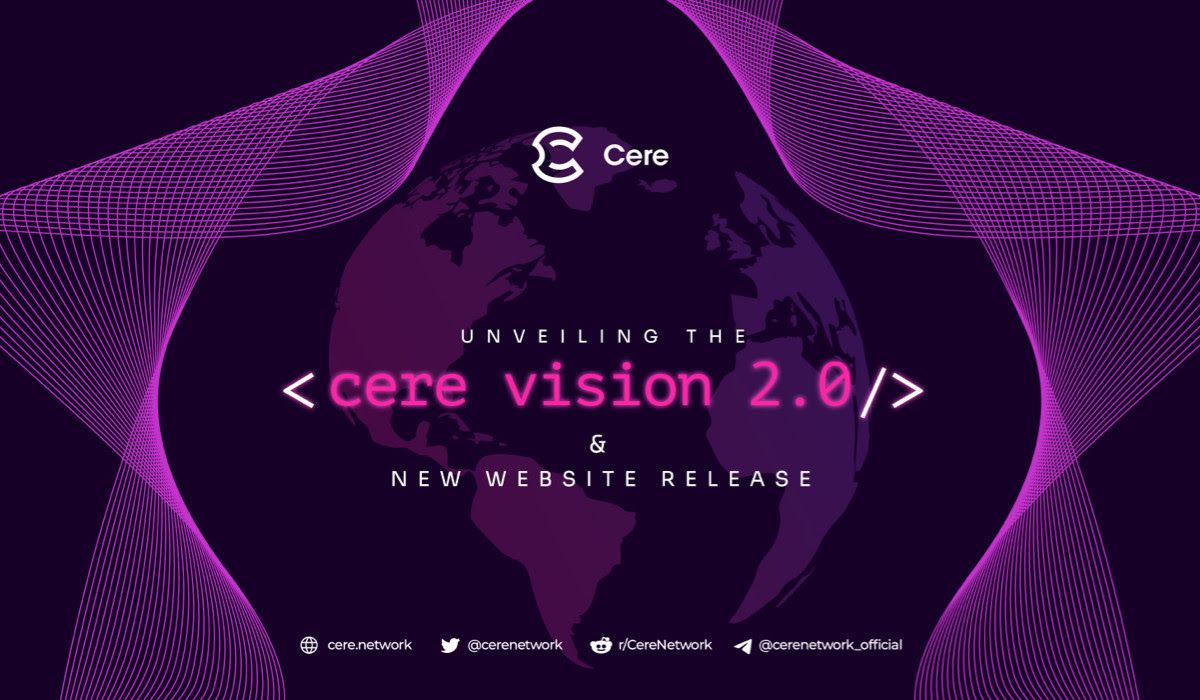 The platform announced via a recent press release that it has launched the much anticipated vision 2.0, following the release of its new website. The development was birthed from the platform’s plans to update supporters on its mission for a truly decentralized Web3.

The platform believes that most of the existing dApps and their data are not decentralized as they are usually stored on centralized servers. Further noting that the challenge critically restricts the decentralized and serverless potential of dApps and does not resolve the privacy and security issues plaguing the current Web2 centralized apps that host key user identity and data in compromising states.

According to the announcement, the newly released website was designed to display an array of exciting technology updates along with partnerships and applications in the pipeline.

Cere Network with its Data-as-a-Service features seeks to take decentralized infrastructure to the next level. According to the platform, dApps still depend on centralized data and infrastructure even while they interact with smart contracts on blockchains.

Nonetheless, Cere seeks to encourage consumers and businesses by providing an alternative to the issue. The platform revealed it is already joining hands with partners and developers to read several applications in verticals such as digital media, gaming, and consumer brands.

The Founder and CEO of Cere Network explained this saying, “dApps and Web3, in general, cannot progress into a truly open and secure future without a truly decentralized data protocol…App data continues to be stored on centralized servers. We are looking to change that.”

Following plans to facilitate the development of new serverless and trustless applications and the refinement of Web3 applications, the platform has highlighted various use cases it is eyeing. Cere network revealed it will be powering direct content publishing for all media companies and artists via direct streaming of music and video to NFT owners in the near future. Also, it has disclosed plans to feature game developers and consumer brands in the near future.