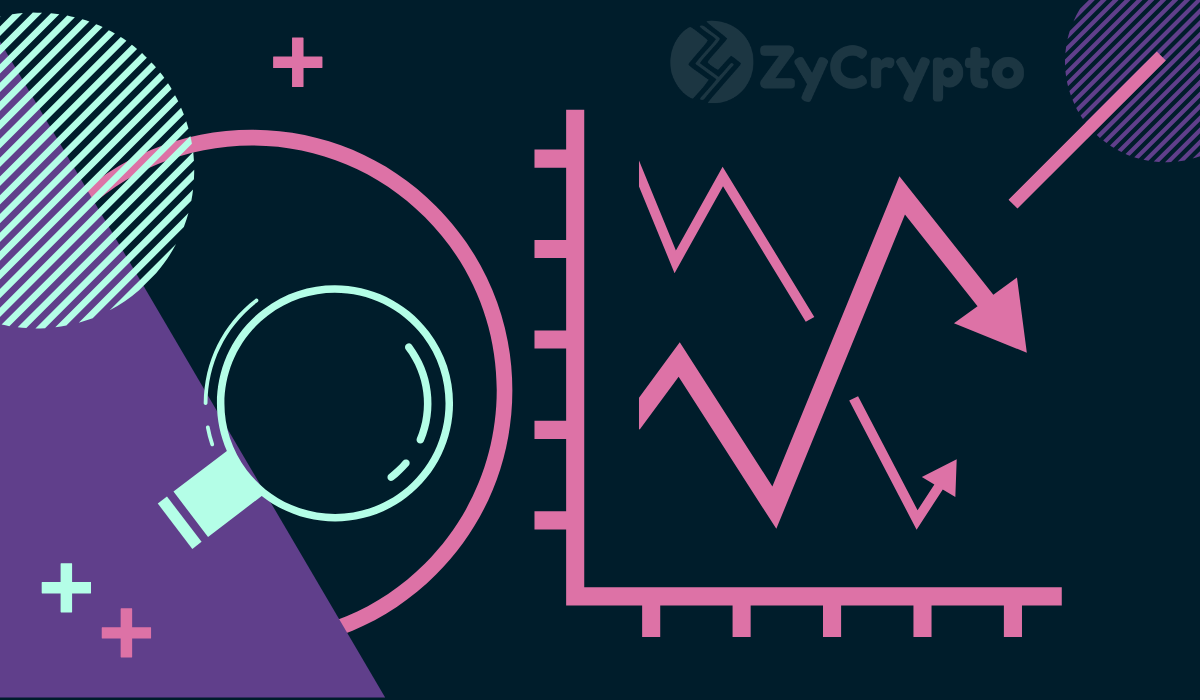 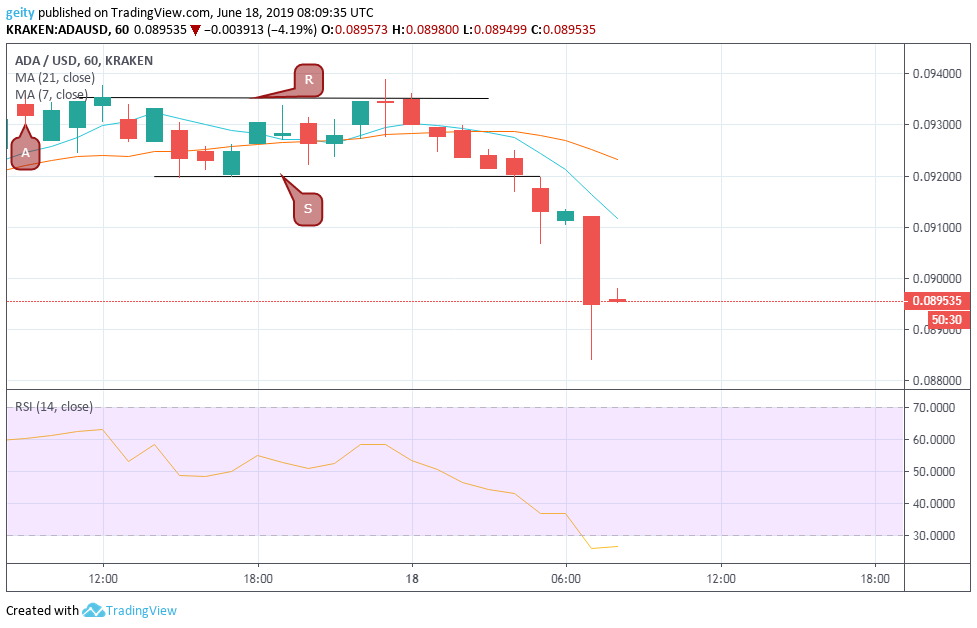 ADA coin has been exhibiting a bearish outlook in the last 24hrs. It started trading on a sideways price movement in a horizontal channel.  This shows that the forces of demand and supply of ADA/USD pair are equal.

The pair began selling off around 17 June 09:00 for $0.09319 followed by a sideways price movement.  The resistance level stood at $0.09352 and support level at $0.09200. A long-legged Doji is later on seen at around 23:00 indicating indecision between sellers and buyers that led to a transition period, is at this time when traders are expected to go short.

A massive breakdown followed, due to an increase in selling pressure that dips the price rally to a low of $0.08838 at around 18 June 07:00. This was reflected by the RSI that is currently trading below level 30 indicating an oversold market. ADA is, therefore, $0.08953 at the press time and it has dipped by 4.0%, this shows a lack of reliance in the coin by investors.

The price rally is likely to reverse up since the RSI has is below level 30 in the last hours. New support should be set at $0.08956. 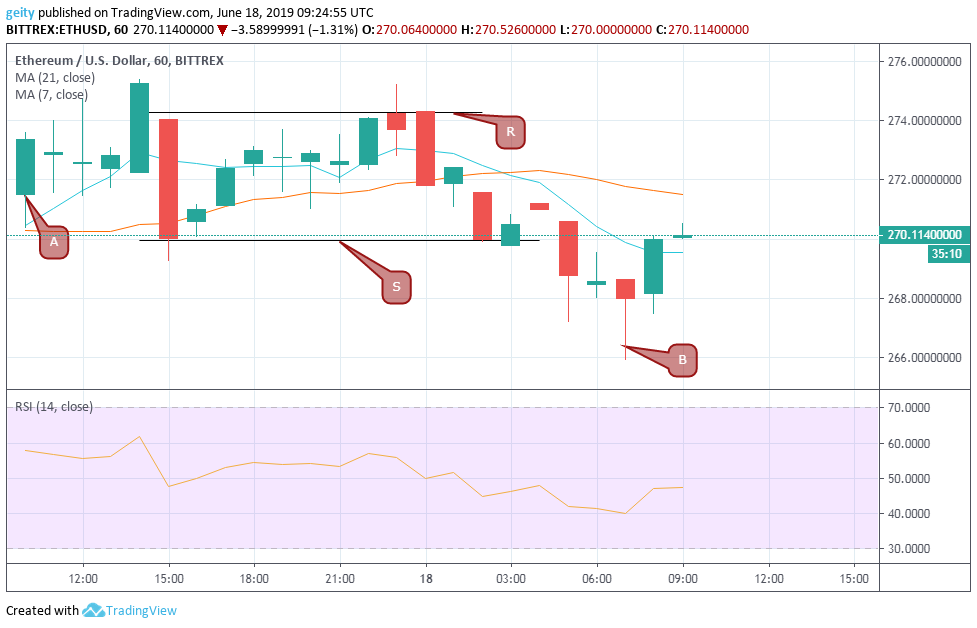 Ethereum is also trading on a sideways trend, as indicated by the intertwining moving averages. Continuous emergence of a Doji pattern indicates that there are indecision and equality in the market. Ethereum commenced trading at (A) with a bullish divergence pattern that places the price at $273.59 against the current price of $270.11, the coin is hence down by 1.27%.

The resistance level is at $275.40 and the support level at $269.96. A breakdown followed that dipped the price to a low of $265.90 (B) thus dropping support level at $260. The meager drop in Ethereum’s price has consequently led to increasing buyouts.

Bearish market momentum is expected to continue due to the current situation whereby the 21 day MA is seen above the 7 day MA. 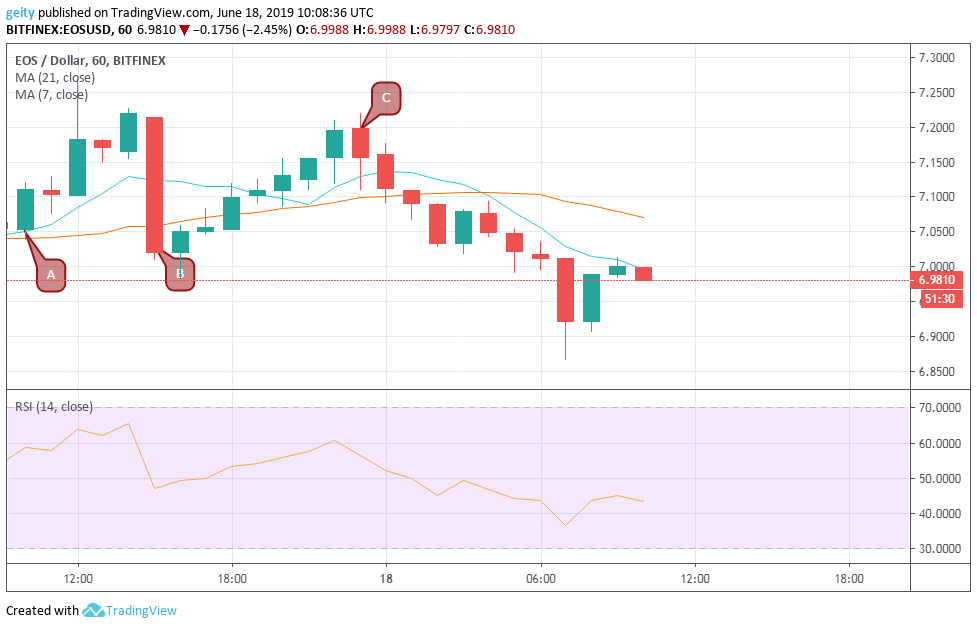 EOS/USD pair started selling off at $7.11 (A) on a sideways trend just like ADA and ETH. The market began with a strong buying pressure that shifted the price rally up to $7.2273 around June 14:00.

At 15:00, sellers took control and later dropped the price to close at $7.0209 (B). The market seems to be undergoing pressure from both the buyers and sellers. Increase buying pressure is later seen that push the price up to $7.1566 (C) where it later dropped massively to a low of $6.8651. EOS is at $6.9810 at press time. The declining RSI indicator shows that the market momentum is predominantly with sellers

A further downtrend is likely to stall since the 21 day MA is still on top and the RSI is heading south thus reflecting downward price momentum. The new target should be set at $6.8651.