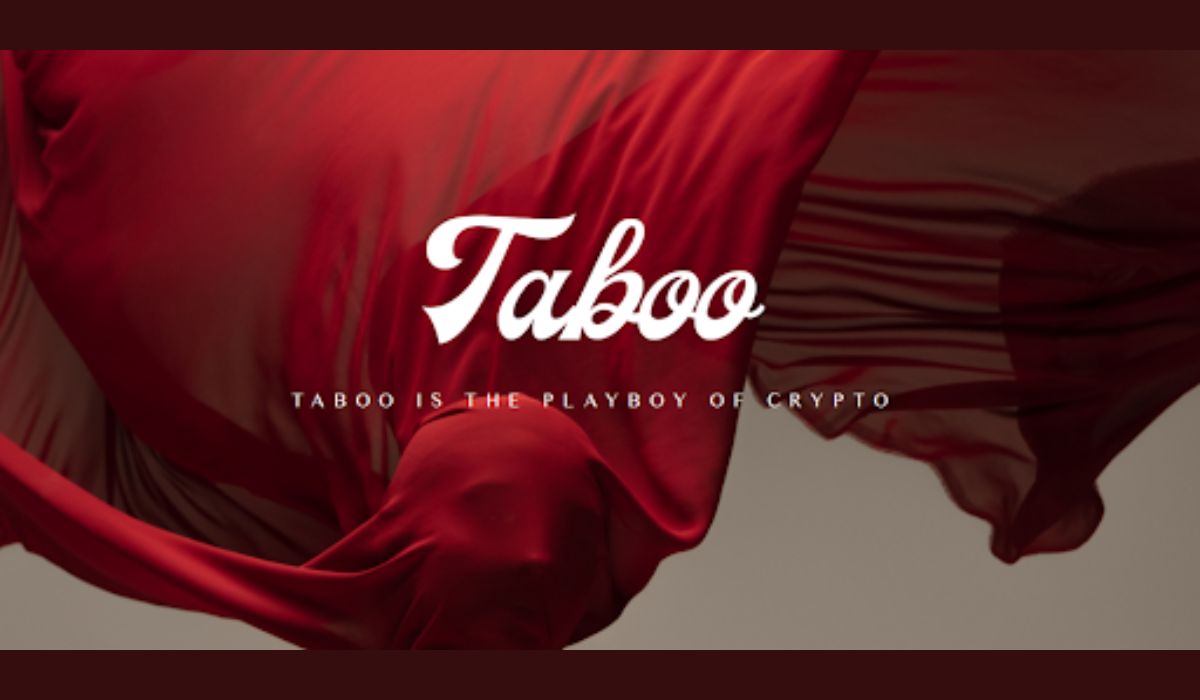 TABOO, a blockchain project often referred to as the “Playboy of Crypto”, may be setting the pace for the 2023 bullish trend as it records a massive spike of up to 300% in the new year.

Launched in 2021, TABOO has emerged as one of the leading players in the blockchain space. The project is committed to offering curated content from the finest creators in the industry, following its objective to create scarcity in an oversaturated market.

With its outstanding design, TABOO has gained the interest of many in the industry; hence, it boasts of having over forty-six thousand loyal investors who are backing the project. It appeared that the project predicted a progressive fate despite the 2022 massive fallouts; hence it claimed to have braced up and ramped up its investment with the belief that there would be an opportunity to rise from the ashes.

Apparently, this has lessened the effect of the market volatility and the recent crash on TABOO, compared to other crypto projects of its kind. Thus, it is interesting to note that TABOO is one of the graced projects which have survived the distressing crypto market, which seems to be coming to an end.

While 2023 seems to be launching the crypto space into its era of market recovery, TABOO is kick-starting the bull market with a 300% price increase, as noted in a recent press release. With this impressive start, TABOO promises its users another billboard campaign which is set to be more massive. In addition, the second Mansion Event, which would also happen in 2023, has been promised to be bigger and better in 2023.

TABOO’s massive surge in price has triggered more anticipation for the events as the platform noted that its Tier 4 holders and celebrity guests are all eager to get a place. Notably, the project features 4 tiers to which all holders are expected to subscribe. The first tier offers a 10% transaction fee and provides access to teasers from the higher tiers, including basic content added to Tier 1 by content creators.

Furthermore, the second tier offers users a 10% discount on purchases from the official store. Meanwhile, only users who hold a minimum of $1000 in their wallet or stake an equivalent amount on the platform can become members of this tier. The third and fourth require users to hold or stake at least $5,000 and $10,000, respectively, to become members.

Taboo has been progressive and successful in its mission of offering bold content and empowering content creators by providing them with a platform to showcase their talent and earn a decent income in the process. Nonetheless, the platform has its eyes fixed on greater achievements and is set to make its presence remarkable in the industry.

The platform revealed plans to launch on several leading exchanges in the industry throughout 2023, hence it is currently making agreements with some of them. No doubt, the proposal will poise the platform to more exposure including massive participation from new users, causing it to spike further in price.

To boost its efficiency, Taboo revealed it is also planning to lend out ad space on its website and across the platform to other projects. The platform will gain substantial revenue as the project benefits from the increased traffic, thereby increasing its capital efficiency.

Snowfall Protocol (SNW) The Next Best Thing – Could DOGE Recover as Polkadot (DOT) Up 50%?