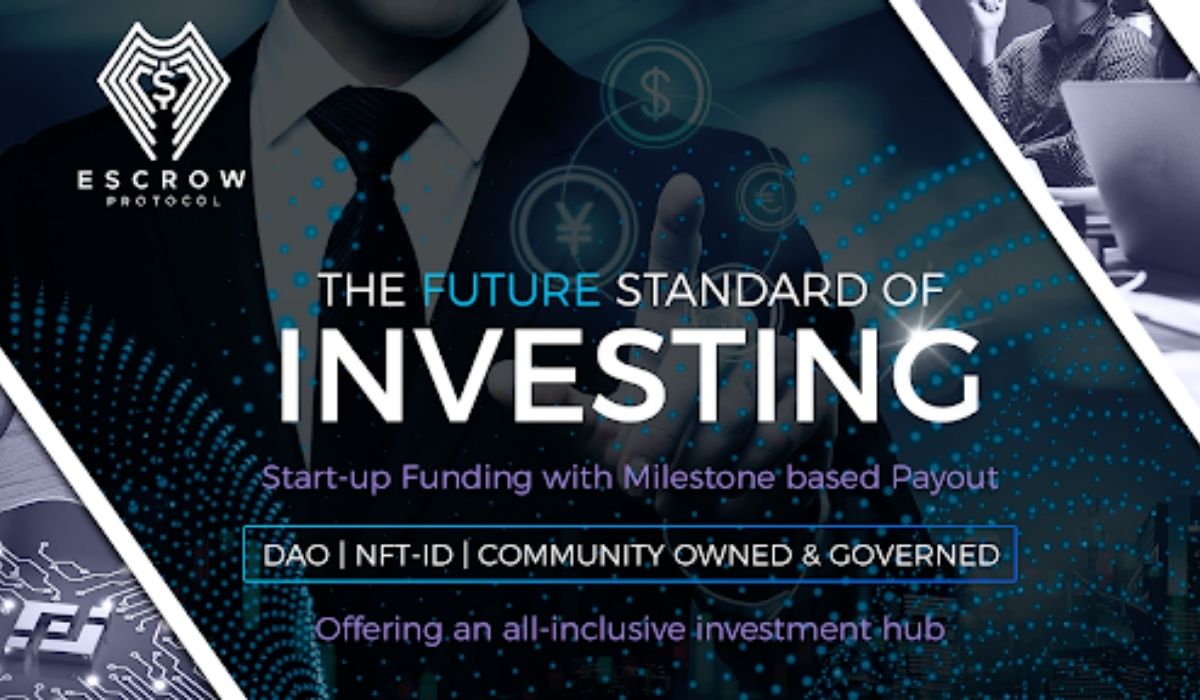 Escrow protocol, a blockchain-based web3 oracle platform, has announced the launch of new features like User Registration that mints a unique NFT based ID-Card to access the site. Additionally, the team behind the Escrow platform has indicated it is in talks with a top-tier crypto exchange for an imminent listing. However, the team clarified that the date for listing will be unveiled later on.

As the traditional Escrow works to eliminate trust between parties, the Escrow protocol will be encompassing smart contracts to enable decentralized funding. Notably, the protocol is aimed at providing investor protection from investment loss in the process of funding new crypto startups.

Moreover, it is community-governed meaning investors have notable control of their investment along the investment process. According to the firm, funding is released based on the startup’s successful completion of a predetermined roadmap.

The cryptocurrency industry has been known for notorious rug pulls propagated by developers not ready to take the long route of building bottom-up. As some developers have taken advantage of the fear of missing out (FOMO), a lot of investors have lost money in the process.

Escrow has come in to save investors the stress of losing investment capital. Additionally, the firm has it that the funding capital can be staked to enable earnings in interest while they await the next allocation.

“Escrow secures investors’ funds through the time-honored practice of putting funds into escrow; then using community governance and smart contracts to release pre-arranged payouts for specific project developments that both parties have agreed to fulfill before fundraising. In addition, Escrow held funds are allocated to Yield-Farming protocols, maximizing value appreciation through interest gains while waiting for pay-out on future funding targets, giving investors the best of both worlds. Saving & Investing in one,” the company explained in a press release.

Notably, the team has unveiled the ESCROW token meant to enable governance of the platform. Moreover, with a token for the ecosystem, users can easily stake, fund, and relate with the ecosystem seamlessly.

The Escrow protocol argues that developers should only be funded if and only if they show the promised results to their investors. With the money held in escrow accounts, the participants who include the investors and the developers get to agree on certain orders that have to be met before any cash is released.

Mind you, the Escrow account is supported by blockchain technology that helps secure investors’ funds from unscrupulous developers.