Bitcoin bulls seem to have finally garnered enough momentum to blast past the 12k barrier. Bitcoin has just hit that target, even going to add a few hundred to the figure. At the moment, BTC is trading at $12,213 – as shown on CoinMarketCap. 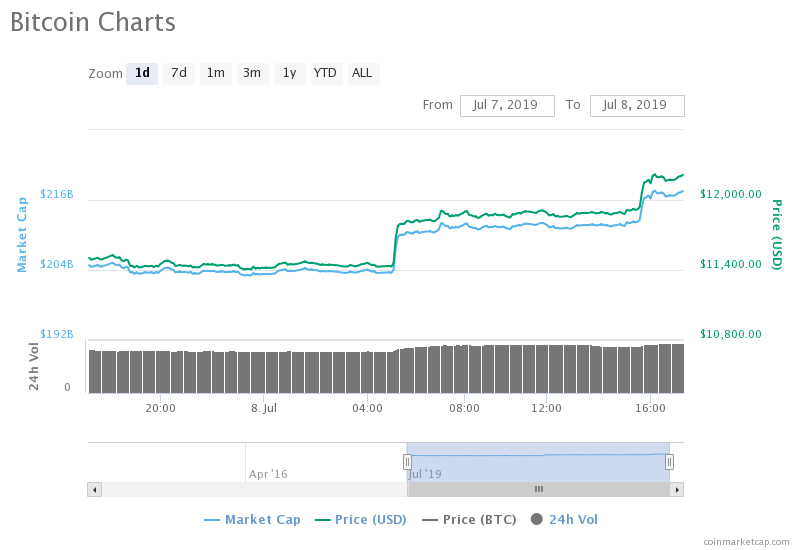 Bitcoin reclaiming $12k is especially very good news since the crypto has been swinging about that point for some time now, with some analysts suggesting that the price could take a serious dip if it doesn’t break the resistance to re-ignite the upward surge.

The interesting part is that Bitcoin added a cool $500 within 5 minutes on this Monday, making shorters lose a cool $44 million in the process.

More Than A Tinge Of Optimism

With bears finally proving their worth and determination to overcome resistance, Bitcoin lovers are now more optimistic that the crypto is headed somewhere up this year.

In fact, some have already expressed optimism that Bitcoin could be set to reclaim the highs of 2017 and possibly surpass the $20k with a good margin.

Is The Future Bright?

As it’s already a fact, the crypto market has always been a pretty volatile space, but that doesn’t mean that an investor can’t draw expectations. For one, 2019 has for long been touted as the ultimate year for cryptos, especially Bitcoin.

With the block reward halving coming up in May 2020 and given its trend to start a spike roughly a year before the halving, analysts and investors think that Bitcoin is a very good position to turn good profits in the near future.

Besides the price factor, Bitcoin has also been raising in profile in regard to mass adoption. Many coffee shops, restaurants, and even learning institutions are now accepting Bitcoin payments, and that’s a really good thing.