The big bull more than any other cryptocurrency has shown immense growth over the past few months. On the 3rd of April, after Bitcoin made an upswing to the $5000 level, the big bull had since been trying to build momentum enough to push it to the resistance level of $5200 and $5300 mark.

However, since the past two weeks, BTC had been struggling to stay afloat ever since. While the big bull was able to hit $5400 a few days ago, Bitcoin took a downswing, one that left it dangling below the $5100 mark.

Meanwhile the past 24hrs has taken a rather impressive turn as Bitcoin seems to be making a swift comeback, one that has moved it up by more than 5%, more precisely, Bitcoin which had previously hit a daily low of $5,024 and further went on to close at $5,067 made a dramatic upsurge in price. 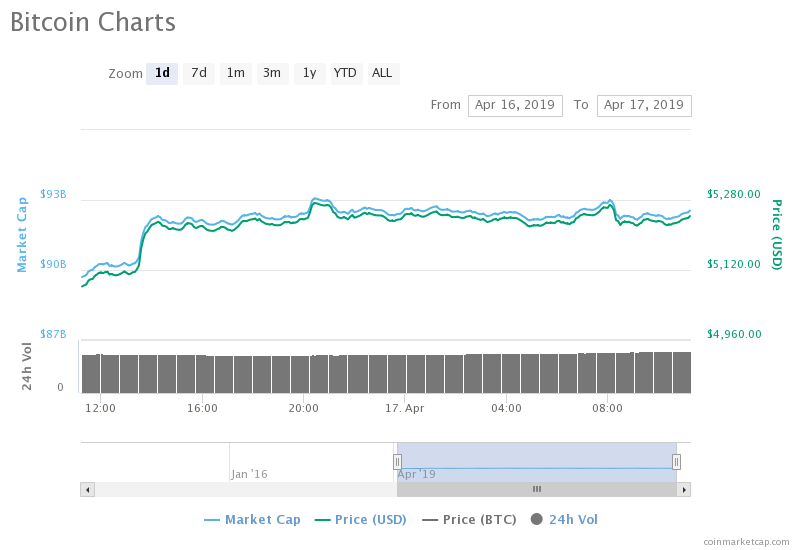 Trading at $5,228 at press time, Bitcoin was quick to add up more than $130 to its previous trading price in less than a day.

This could progressively move Bitcoin up to the $5300 and $5400 mark. Following BitMEX, FCoin exchange will also pioneer this increase with trading pair of  BTC/USDT already going as high as $1.09 billion.

While Bitcoin is yet to recover, the big bull is slowly but certainly headed for higher grounds. With only a few dollars away from the $6000 mark, it is expected that Bitcoin will hit a new yearly all-time high before the close of the year.