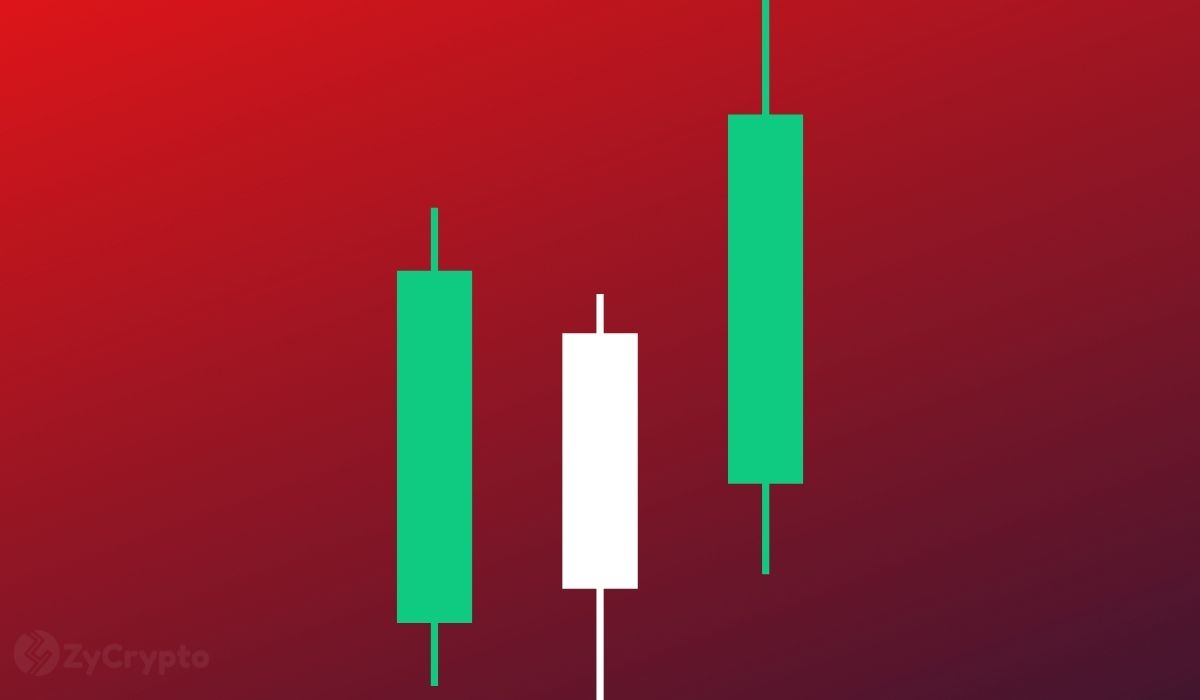 Bitcoin continued to struggle to stay afloat Friday, April 22 after suffering yet another beatdown on Thursday following hawkish comments by the Fed.

As of writing, the pioneer cryptocurrency is trading at $39,943 despite tapping $42,967 on Thursday, accounting for a 5.97% decline in the past 24 hours according to CoinMarketCap. Ethereum also took a hit, albeit losing 5.32%, and is currently trading at $2,976. Other cryptocurrencies also continued to reel under a wider market drawdown with Solana (SOL) Cardano (ADA) and Avalanche (AVAX) bearing the largest brunt among the top ten altcoins, down 8.12%, 4.87%, and 6.09% in the past 24 hours respectively.

In the past 24 hours, 70,968 traders were liquidated, the total liquidations come in at $280.12 million, according to Coinglass data.

The drop was also mirrored in major tech stocks, with the Nasdaq 100 (NDX) slumping 4% in the last 24 hours.

The havoc has been attributed to hawkish comments by Fed Chair Jerome Powell on Thursday stating that the plan to raise the benchmark U.S. interest rates by 50 basis points (0.5%) “will be on the table” during the next Federal Open Market Committee(FOMC) sitting.

“I would say 50 basis points will be on the table for the May meeting,” Powell said during a panel meeting presented by the International monetary fund (IMF), raising expectations for the move in May. The comments come on the heels of the Fed rolling out an aggressive policy to tame inflation which has climbed to a rate of 8.5%, the fastest in four decades. His assertions have however mostly led to BTC dumping, as investors shield from the effects of an increasingly erratic FED.

“From the investor point of view and especially from an equity point of view, the words are great but there has to be some meaning and there actually has to be some action,” Andrew Maynard, Managing Director and Head of Equities at China Rennaisanse told CNBC on Friday

That said, traders continue to view Powell’s comments as posing risk to cryptos in the short term and now closely watching macroeconomic indicators. The crypto market seems to still be strongly correlated with the equity market with the 90-day tie-in between the top cryptocurrency and the S&P500 hitting the highest level in BTC’s history. Sadly, the S&P500 does not look so good.

From a technical perspective, traders are closely watching the $40,000 support as we move into the weekend, with $37,800 being the strongest support level in sight. On the upside, Thursday’s swing high of $42,967 continues to pose a stake especially if the weekly candle closes in the red. To kickstart a strong upward move in the short term, BTC must settle above $40,250 and the 100 moving average. If bulls are successful, the price could push to the $44,000 resistance level.