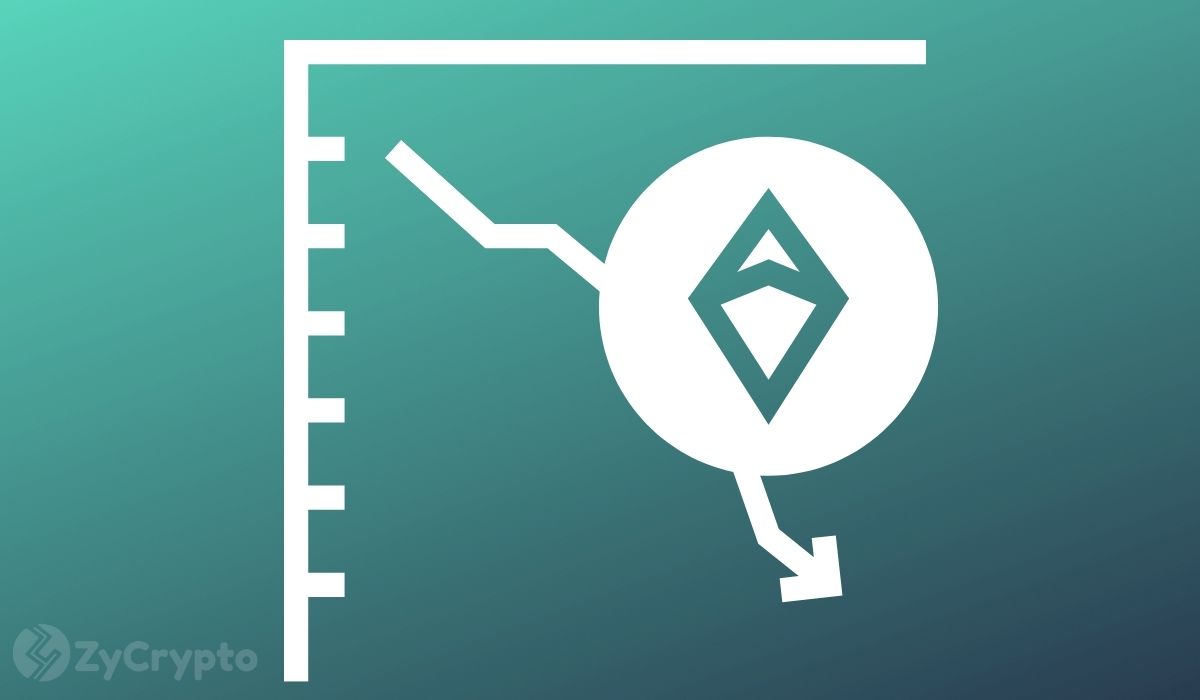 Despite signaling a recovery on Wednesday following the Fed raising interest rates, Ethereum, alongside Bitcoin and other cryptocurrencies tumbled on Thursday in a classic “buy the rumor sell the news” fashion, carrying on a losing streak that has eclipsed the entire crypto market beginning late March.

As of writing, ETH is trading at $2,556, down 47% from its all-time high. Bitcoin has fallen to $34,644, down 49% from ATH even as traders try to find the next inflection point. That said, despite price ignoring key support levels, experts have mapped out various on-chain metrics that could prove crucial in rendering a price turnaround.

On Saturday, Santiment reported that Ethereum had recorded the highest number of transactions as prices tumbled towards the end of the week. This, they said was the first time in more than three years.

“On the Ethereum network, there were about 3.4 times as many transactions taken while coins were at a loss compared to in profit, on Friday. This was the highest day, in terms of $ETH’s capitulation trading ratio since Nov 18, 2018, or 3.5 years ago.” A May 7 tweet by the on-chain analytics firm read.

On Friday, the firm also tweeted, “Bitcoin’s network had 1.17M unique active addresses making transactions on yesterday [Thursday]-which was the highest amount of utility since December 2, 2021.”

Keeping other factors such as ETH transactions skyrocketing due to NFT mints, the surge of transactions on both networks, especially during downtrends is mostly linked to entities scooping more coins.

While coins or stablecoins being sent to exchanges have always been linked to selling, in most instances during dips, such as the one at hand could mean entities want to load up their bags.

In the past three or so months, BTC and ETH whales have been on a buying spree, stashing their coffers at every significant dip, ZyCrypto had reported. Interestingly, the number of small whales being created has significantly surged since June of last year with the number of HODLers also maintaining a northwards direction.

Recent liquidations, in addition to Thursday’s, have also been seen to precede strong bull runs. Liquidations are potentially seen as the “shady belly” for buyers who want to grasp an opportunity to acquire a crypto asset at a discounted price.

Technically, if Ethereum loses its current “minor support”, the price is staring at the $2,400 support. Should it drop further, it could go to January’s low of $2,200. On the other hand, Bitcoin could slump to $31,000 before reaching June’s low of $28k, a highly coveted inflection zone.