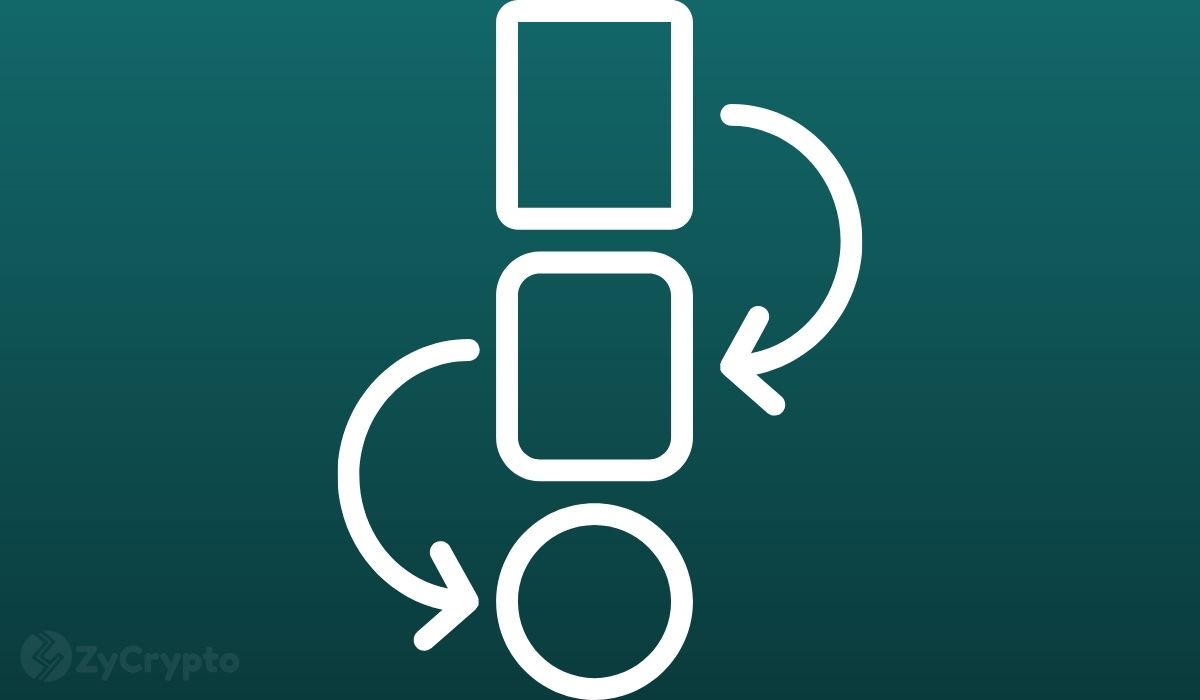 As reported earlier, the much-awaited Bitcoin upgrade, BIP341/342 known as Taproot, activated at Block 709,632 on Sunday at epoch 5:15 UTC (00:15 EST) in a rare consensus among users that saw smart contracts debut on Bitcoin’s network. 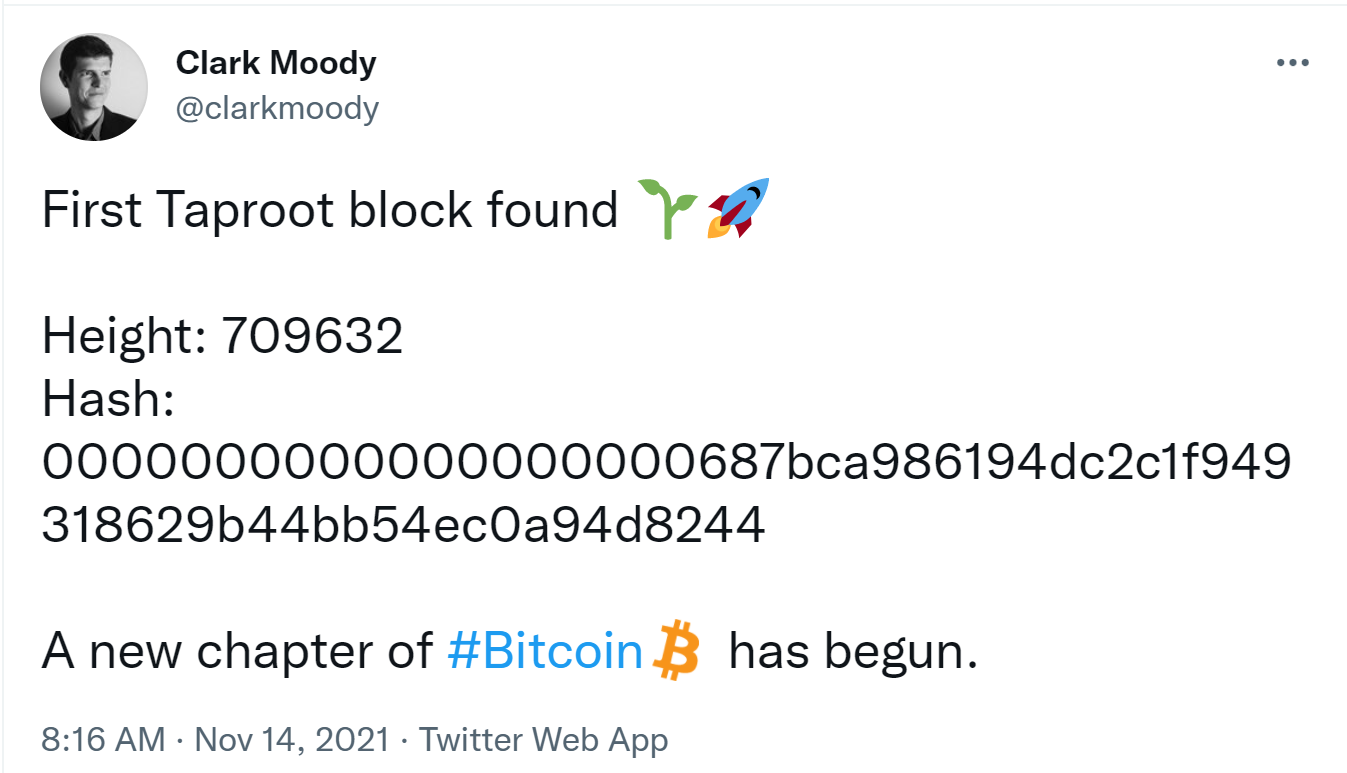 The activation comes only four months after the “lock-in” which saw over 90% of validators upvote the upgrade in June. This is the most significant upgrade on the network since 2017’s SegWit upgrade nicknamed the “Last Civil War”.

Taproot enables MAST, a feature that will enhance efficiency and privacy when performing smart contracts on the blockchain by only disclosing the most relevant parts of the contract when spending.

Under MAST, the previous “Elliptic Curve Digital Signature Algorithm” (ECDSA) has been replaced with a more secure signature known as “Schnorr”.

Previously under the ECDSA, users were able to choose and generate signatures from their private keys as well as easily calculate their public key. With the coming of Schnorr, users will be able to make their transactions more secure as this node aims at making multi-signature transactions unreadable, fast and cheaper.

Enter The Era Of Smart Contracts

The multi-signature transactions will also make the implementation of smart contracts on the network possible.

This will however not be as easy as it seems according to Chaincode Labs’ Pieter Wuille who says, “The real work will be in building wallets/protocols that build on top of it to make use of its advantages.”

Although developers can already deploy smart contracts on Lightning Network, a payment platform built on the blockchain enabling users to perform instant transactions, the upgrade now gives the bitcoin network “mind-blowing potential” in the execution of smart contracts.

Speaking to CNBC, Marathon Digital Holding’s Fred Thiel said, “The most important thing for Taproot is smart contracts.” He noted that this opens up Bitcoin’s potential in the Decentralized Finance (DeFi) ecosystem competing with other networks such as Solana and Ethereum which are already riding the smart contracts bandwagon.

Despite the activation, Bitcoin’s price continued to play out in a tight squeeze and is currently trading at $64,640. This is despite the hashtag “Taproot Upgrade” topping at number three on Twitter in the U.S. for the better part of Sunday morning, perhaps a clear indication of traders preferring to keep off in anticipation of the wild volatility associated with such events.

Previous upgrades have always been followed by systematic bull runs as more investors seem to always develop more faith and admiration for the network, buying up the asset. That said, should history repeat itself, investors are confident that this upgrade could easily send Bitcoin’s price to $100,000 or higher.