Bitcoin has been able to crawl its way back above $8,000 right before the start of the weekend. Over the week, there was scare that its correction was prolonging its welcome and this could have serious implications during the bounce back.

As Bitcoin regains momentum, Weiss Ratings has made a bold claim stating that this is the best time to buy Bitcoin. Juan Villaverde, one of the chief crypto analysts stated that this is the best buying opportunity since 2015. He also added that what the market is going through right now had happened back in 2012 and 2015.

Is History Going To Repeat Itself?

In his explanation of why this is the best buying opportunity, Juan Villaverde stated:

“In January 2012, for instance, after Bitcoin has rallied to $7 per token from its bottom of $2 just months earlier, Bitcoin suffered a 45% correction down to about $4. But that was a launching pad for a bull run that would take Bitcoin into four-digit territory for the first time in its history, hitting a high of almost $1,200 by December 2013.”

Despite this, it is important to note that when it comes to the market’s past performances or patterns, these are not the best indicators. The price movement experienced back then could have been triggered by a number of things that are at this time not in play. However, his optimistic outlook is right and several indicators continue to show that Bitcoin is strongly bullish. 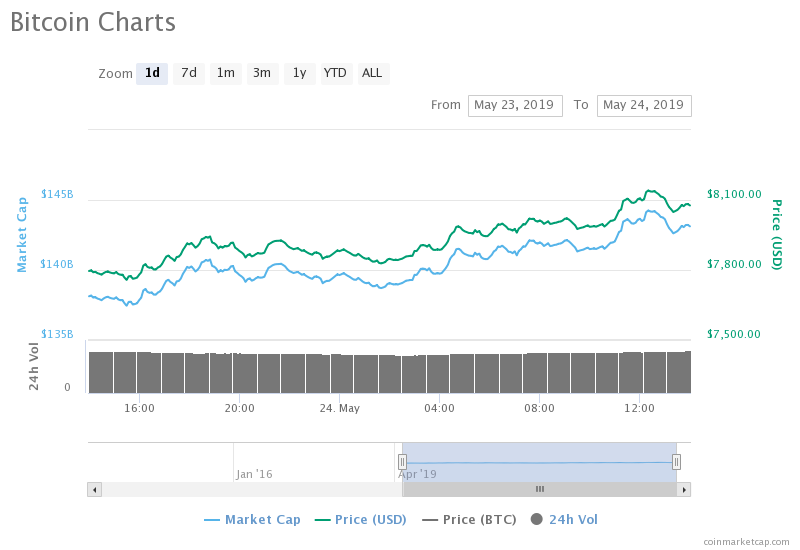 One as such is the trade volume. At the time of press, this stands at just above $25 billion an impressive number that has been maintained over the course of the bullish move. This shows that the bullish momentum has serious backers and even in price corrections is able to hold its own.

At the time of press, Bitcoin has climbed above $8,000 although just barely, marked by an over 4% price surge. Altcoins have also turned green and are enjoying a moderate price rise of 2% to 7%. The total market cap has since climbed back above $250 billion.