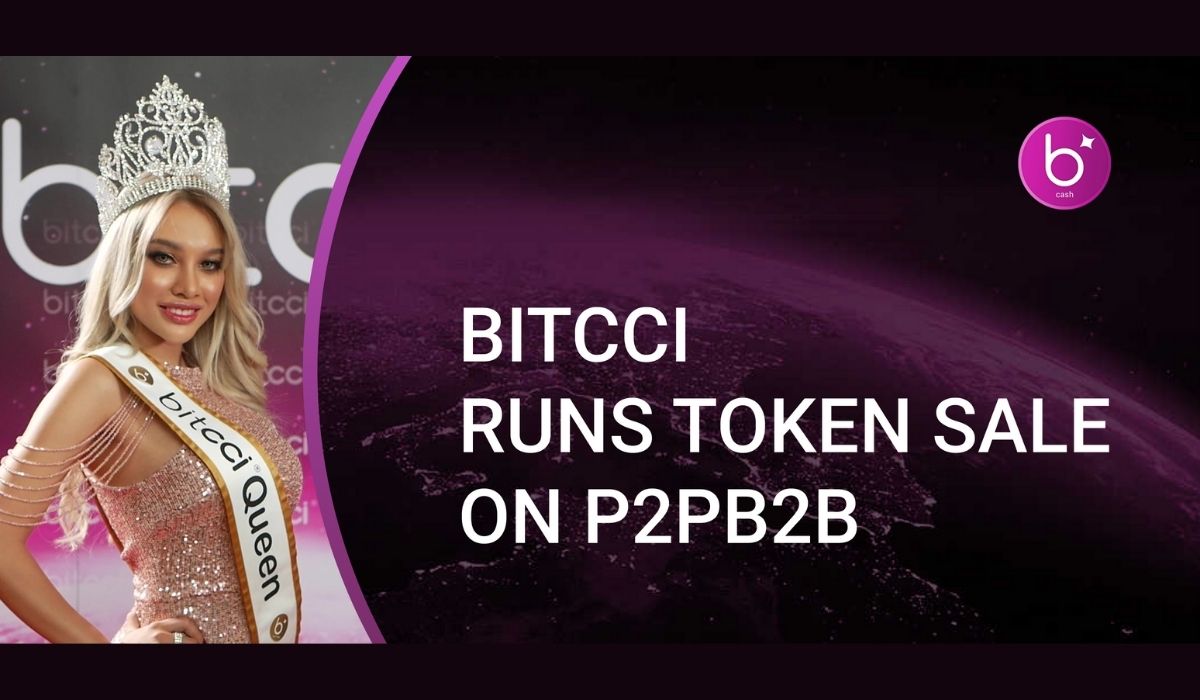 bitcci, one of the first publicly traded blockchain companies, will be conducting a token sale session on the P2PB2B exchange on March 1, 2022. The sale will run until March 31, with participants enjoying a 10% bonus on purchased tokens, along with getting to join the bitcci community. Thereafter, the project will be listed on P2PB2B, among other exchanges starting April 1, 2022.

Established in 2017, bitcci is a Swiss-based project that is currently under the helm of Founder and CEO Christopher Elbert. The platform revolutionizes the escort industry by providing an ecosystem whose core values are innovation, transparency, and compliance.

Recently, bitcci undertook two new projects for advertising and keeping users informed with significant happenings. The first is bitcci.tv, a cryptocurrency and escort news provider that keeps users up to date with the crypto market and the escort industry. The second is the placement of 200 large banners around Crypto Valley hot spots to bring in new investors. At present, bitcci holds live events four times a week with its top executive Elbert.

Other than the P2PB2B exchange, bitcci Group AG also plans on launching its initial exchange offering (IEO) on 9 other exclusive crypto exchange platforms on March 1. They include Indoex, Coinsbit, BitForex, and Dex-Trade, among others. Security on these exchanges is guaranteed so that users never have to worry about their privacy being compromised. Tokens will be sold at the price of $0.002 per unit.

In 2021, bitcci Group began an initial coin offering (ICO) that has now raised over $4 million and accumulated over 2,800 token holders. The ICO is now 38.93% complete, where over 7.8 billion bitcci cash tokens have been sold for the price of 0.00166 CHF per token. The ICO will continue running for the next 50 days, after which all unsold tokens will be burned.