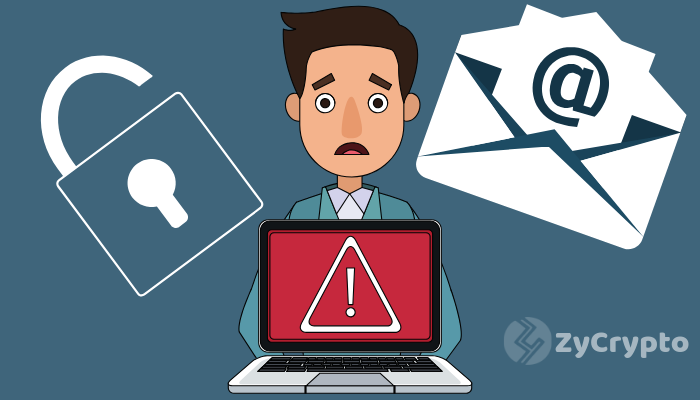 Following previous cases of irregularities and other issues with Binance exchange, another customer has gone on Twitter to say his account has been hacked and all funds withdrawn by an unidentified hacker.

The user who did not identify himself said although his email was not hacked, he did not get any warning email from Binance despite the company’s claim that no withdrawal can be made without email confirmation from the user.
Binance has confirmed that an unusual login was done on the account from a different country from which the user claims his account has been hacked just last month, in which case he froze the account. He decried Binance’s reluctance in freezing or suspending the account despite the fact that the company noticed the unusual login.
He also told Binance that their mail system is “working unsystematic” and made a video of himself logging in with a new IP Address with no email alert from the company as a warning. He said that Binance does not care about users and he has written the post as a warning to other users to exercise caution.
Surprisingly despite Two Factor Authentication used on the account, the hackers were still able to hack and reset the password to access funds and sold the Altcoins but withdrew Bitcoin.
Commenting On this issue, binance founder Changpeng Zhoa said,

Sorry for your loss! I looked into this issue. Before your funds were lost, you insisted we unlock your account, even sending us your 2FA key (through email), the hacker already had access to your email. We advised you to change your 2FA, you didn’t, you had 48 hours to. Sorry!

This is not the first time a Binance user is complaining of problems with their account. Earlier this month, another unidentified user wrote on Reddit that his account was locked down for no clear reason and efforts to find out the reason proved abortive.
The user accused Binance of “arbitrary behaviour and a lack of transparency” saying there was no reason to lockdown his account when he met all the requirements for verification.
The company had also been called out by DGB Founder Jared Ted in a series of tweets saying Binance demanded a bribe from him to list DGB in its platform despite its earlier promise to list the asset for free. He said Binance’s legal and financial conditions are too much for most assets despite its claim of listing assets freely with no fees.
Binance is the world’s biggest crypto exchange and the chain of complaints could really deal a deadly blow to its reputation and customer base. Will the company still retain its number one spot among crypto exchanges in the world if trends like this should continue?