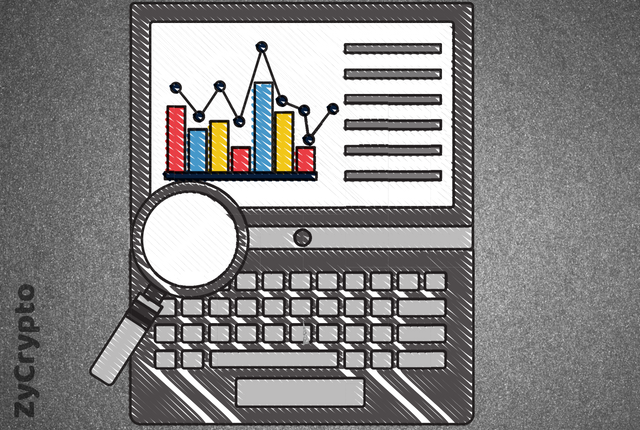 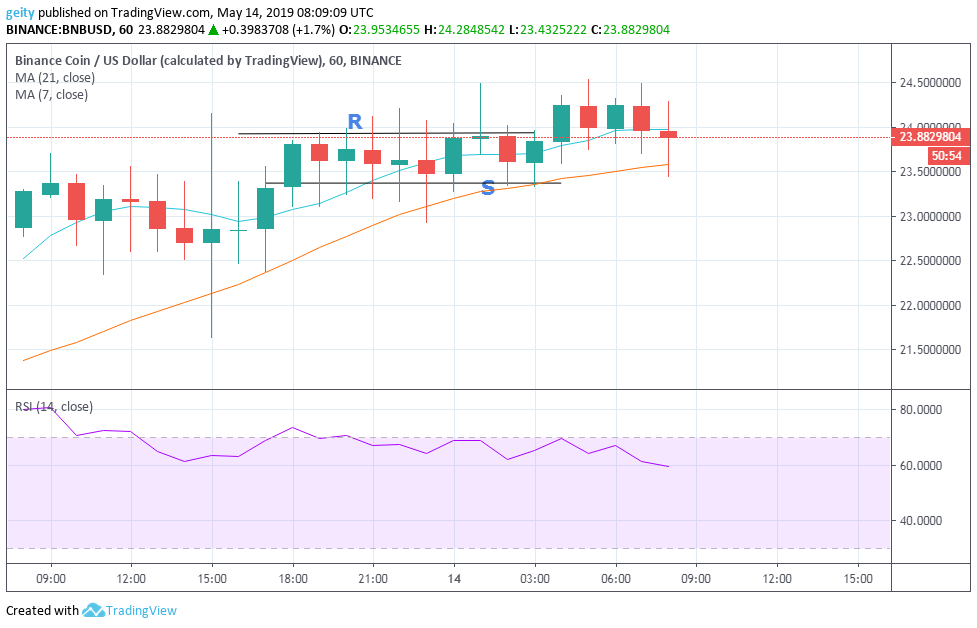 The day began with BNB trading at $22.84. Later on, the price momentum was pushed up to a high of $23.72. The RSI is seen above 70 indicating that the market was overbought during that period of time. This was followed by a decrease in price to close at $22.6972.

Lack of momentum was observed at that time resulting in sideways price movement but later on, an upward price rally was encountered. BNB is currently trading at $24.09; this shows an increase in price, resulting in a positive impact on investors.

The 7 day MA is above 21 day MA and are moving upwards side by side this indicates that bullish momentum is likely to continue. The RSI is heading north indicating a bullish signal in the next few hours. New target should be set at $23.8271. 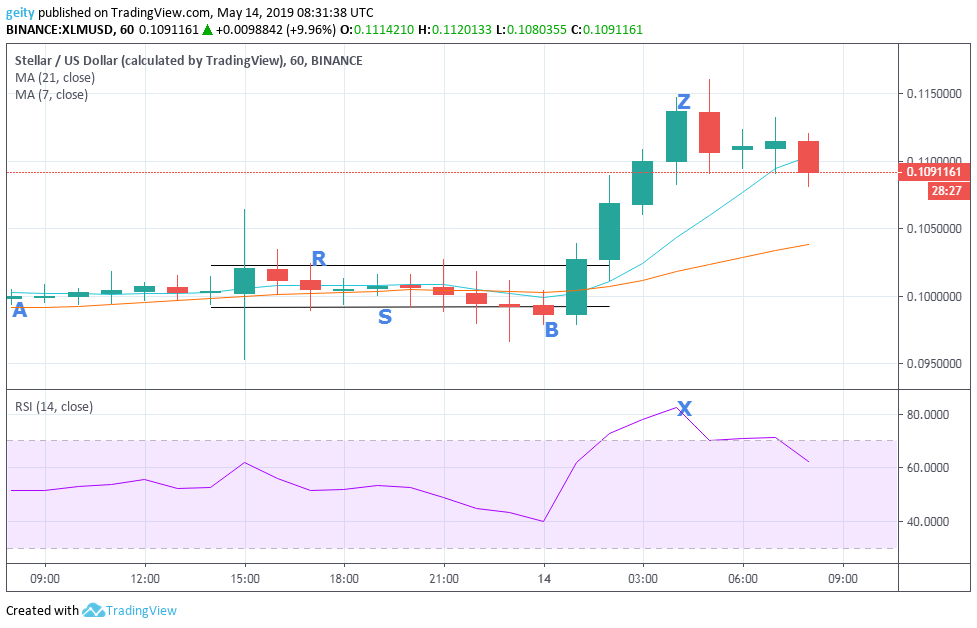 XLM has undergone a bullish outlook in the last 24hrs. The day began when the market was exhausted resulting in indecision in the market where price rally is seen at the neutral state from A to B. Neither the bulls nor the bears could decide on the next move.

Traders later pushed the price further up to close at $0.11374 (Z). The RSI (X) is seen above 70 showing that during that period of time the market was overbought. This was followed by price dropping to close at $0.10911 thus current XLM trading price.

The RSI is heading south indicating bearish momentum in the next few hours. New target should be placed at $0.10656. 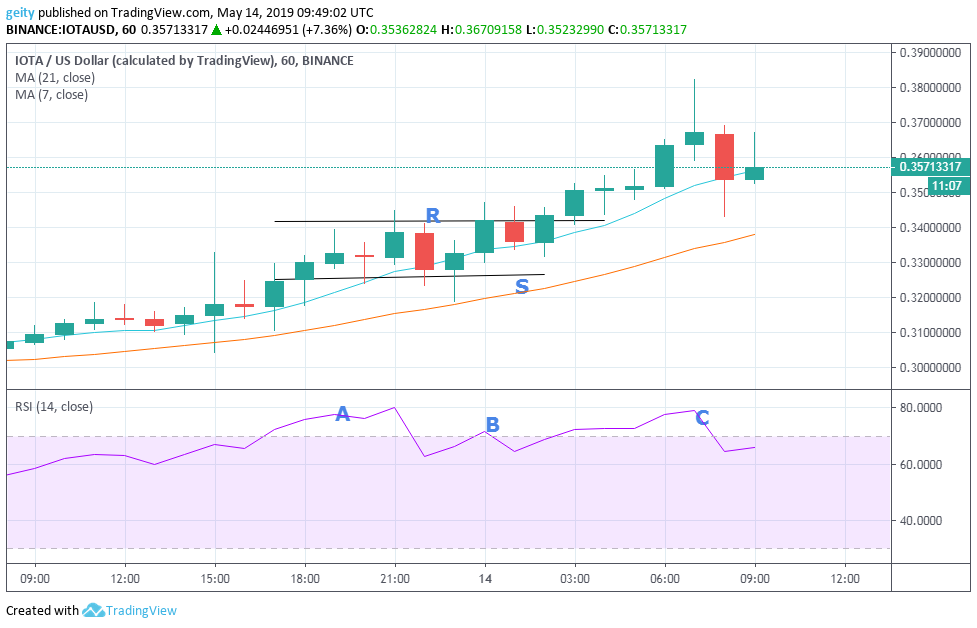 An uptrend is seen in the last 24hrs, this is confirmed by the 7 day MA which is above the 21-day MA thus indicating bullish momentum.

Lack of momentum is seen at the beginning of the day but the bulls are seen to be up on toes. The resistance level is at $0.34180 and support level is at $0.32486. The RSI A, B, and C are above 70 indicating overbought market.

IOTAUSD began trading at $0.30952 and is currently trading at $0.35752, this shows increase sellouts. Support and resistance level was tested and breached severally and later on price rally was pushed up to a high of $0.3824 and then it was later dropped to the current price.

The 7 day MA is above the 21 day MA indicating a bullish signal in the next few hours. New support should be set at $0.35386. Stop -loss should be set slightly below or above new support before placing an entry.