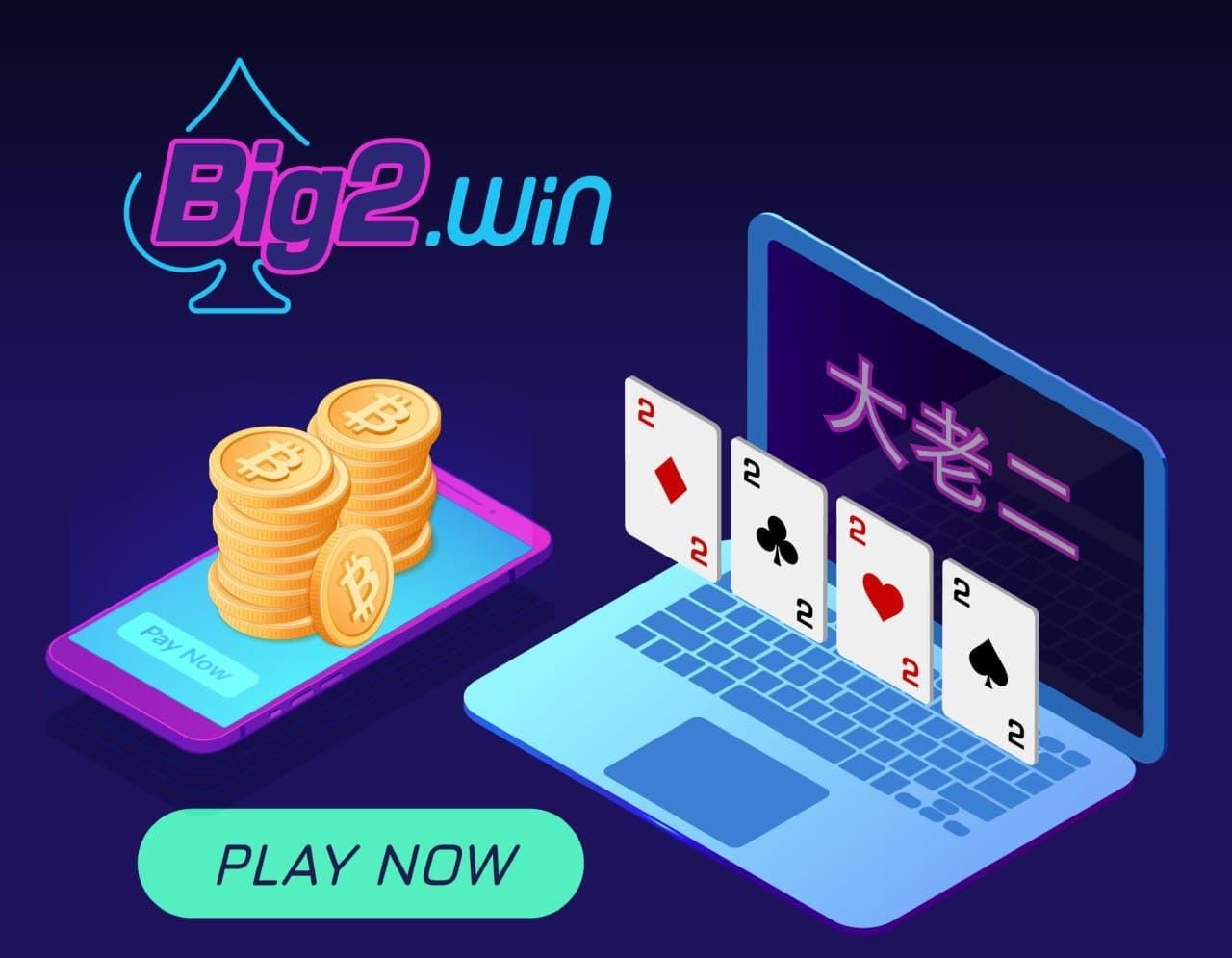 Over the last few years, the peer-to-peer online gaming market has grown considerably, with players worldwide choosing to play against one another, rather than against the house. To capture a part of this rising demand, BIG2.WIN has launched a P2P version of the popular Big 2 game, well known in China as 大老二 and 鋤大弟.

An Introduction to Big 2

Big 2 is well-known as an incredibly entertaining game, especially when played amongst friends. On BIG2.WIN, the game works by having four people sit around a virtual table. 13 cards are then dealt with each player, who all hold the objective of being the first to get rid of their cards. The game progresses using a set of rules. To keep things simple, users who play Big 2 must always use the same number of cards as the previous player, but with a higher face value. Those who are unlucky to fit the criteria to play their hands will pass on the round. A couple of more rules apply to Big 2 games, thereby creating a thrilling experience. More details regarding the rules and viable gameplay strategies can be found here.

BIG2.WIN provides users with a seamless gaming interface that aims to reduce gameplay friction. With this in mind, no downloads are required, given that Big 2 is an HTML5-based game that’s played within the desktop and mobile browsers. Thus, compatibility with iOS, Android, Windows, and Mac is assured.

The platform comes along with a simple, minimalist, and yet beautifully-designed gameplay interface. Unlike other online casinos, BIG2.WIN believes in allowing players the chance to demo play games prior to making a monetary commitment. As such, gameplay against a computer is permitted prior to signing up, to better understand the game. After creating an account, users can play Big 2 multiplayer free of charge for skill practicing purposes.

As a P2P platform, BIG2.WIN provides a lucrative means of earning bitcoin when wagering against other players. The platform has opted to include 5 different staking levels, meaning that players can easily adjust the wager value depending on their risk appetite. Bitcoin deposits and withdrawals are rapidly processed, without incurring unnecessary transaction fees.

Fairness guarantees are quintessential to ensuring a positive gaming experience. As such, BIG2.WIN has invested considerable resources into creating a random number generator (RNG) that’s cryptographically secure. Furthermore, the RNG has also been certified by iTech Labs, a top-ranking fairness audit company that complies with the standards set forth by the United Kingdom Gambling Commission (UKGC).

As expected, BIG2.WIN also has a generous welcome bonus. Players can easily qualify to receive a 100% matched deposit bonus, up to 50 mBTC. This offer is applicable to all deposits during a user’s first 90 days on the platform. High wagers and loyal users can also access the VIP club, which boasts exclusive prizes, invitations to private events, and an all-around VIP experience. Marketers worldwide can join the affiliate program, offering a 10% revenue share to those that drive more players towards BIG2.WIN.

Digible: the One-Stop Platform for Rare Collectibles and NFTs

Viberate And Blockparty Partner Up To Offer ‘Live Gig NFT’