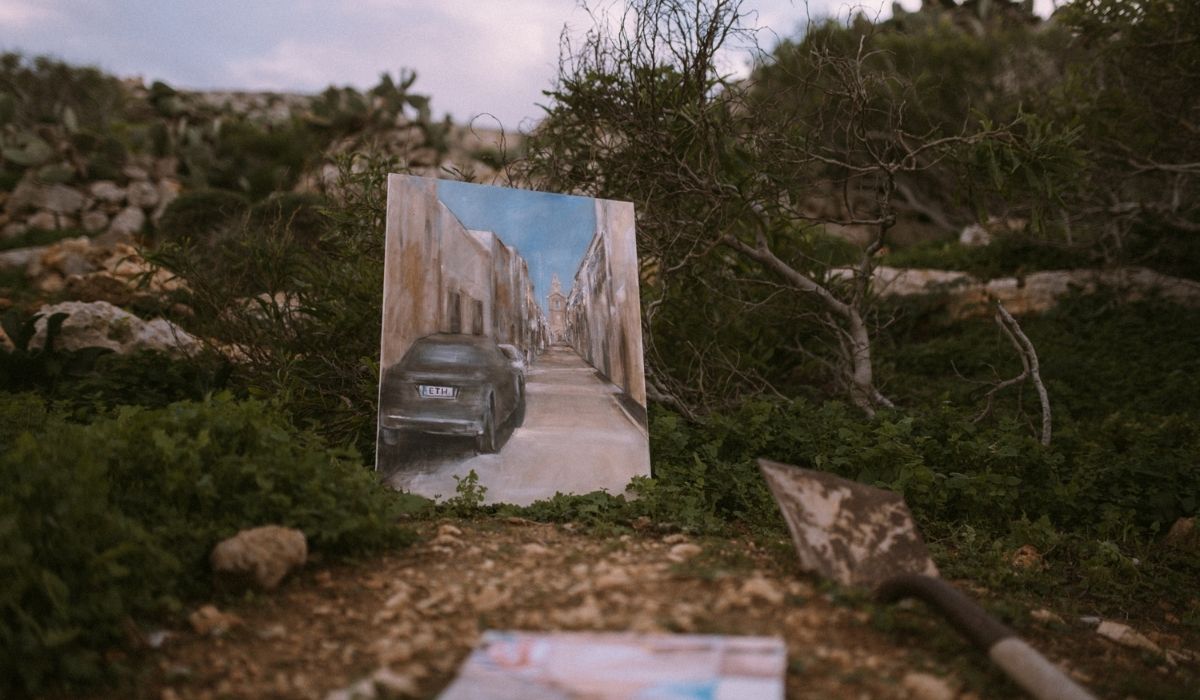 ETH in Mellieha isn’t just another regular NFT auction. At the heart of this project is a culture that has boldly embraced cryptocurrency and the future of assets and ownership. At the end of the auction, somebody will own an NFT and the rights to a special number plate. But they’ll also be in possession of a piece of Mellieha, too.

Mellieha is a Small Northern Village in Malta, It’s Also at the Core of this NFT Project

In some ways, Mellieha represents the perfect home for such a bold and exciting NFT project. Its cultural heritage is diverse and features many palettes from ancient traditions. It’s fitting then, that it would be the home for a brand new and exciting type of cultural revolution – one of NFTs and the blockchain.

Debbie Bonello, an artist native to Mellieha, was chosen to paint an image of a car with an ETH number plate. The catch? She also had to burn her oil painting when done, along with all associated sketches and planning.

Before the Painting was Destroyed, a Digitized NFT of the Piece was Created

Matthew Mirabelli, a Maltese native and celebrated photographer, (The Times of Malta, Press Photographer of the Year 2011, 2010, 1999) was tasked with photography and digitization. All other forms of the painting were destroyed, including hard drives with the original JPEG. All that remains is the NFT. The process of this was documented by another Maltese native, videographer Eric Bartolo.

But it’s not just the NFT itself that will be up for auction, the rights to own the fully customized ETH number plate come as part of the project too. You may have seen assets transfers in NFT’s before, but this time the legality and process have been fully vetted by one of Malta’s leading law firms, Mamo TCV Advocates.

Mamo TCV Advocate’s Involvement Solidifies Not Only the Project’s Legitimacy, But Its Maltese Roots Too

Transport for Malta has confirmed that the winning bidder of ETH in Mellieha, will own the rights to the special ETH customized number plate, irrespective of whether they live in Malta, or even own a car.

Each part of this project represents a working collaboration between different expressions of Maltese culture, from the creative forefront to the legal background. None of it would have been possible without Malta’s embrace of its role as the ‘blockchain of Europe’ and its continuing support for the crypto revolution.

ETH in Mellieha Goes Up for Auction on OpenSea Next Week

If you’re keen to be a part of Maltese history, you can follow the project by visiting the website and associated social media pages, Twitter, and Instagram. The auction will begin later this year on OpenaSea.