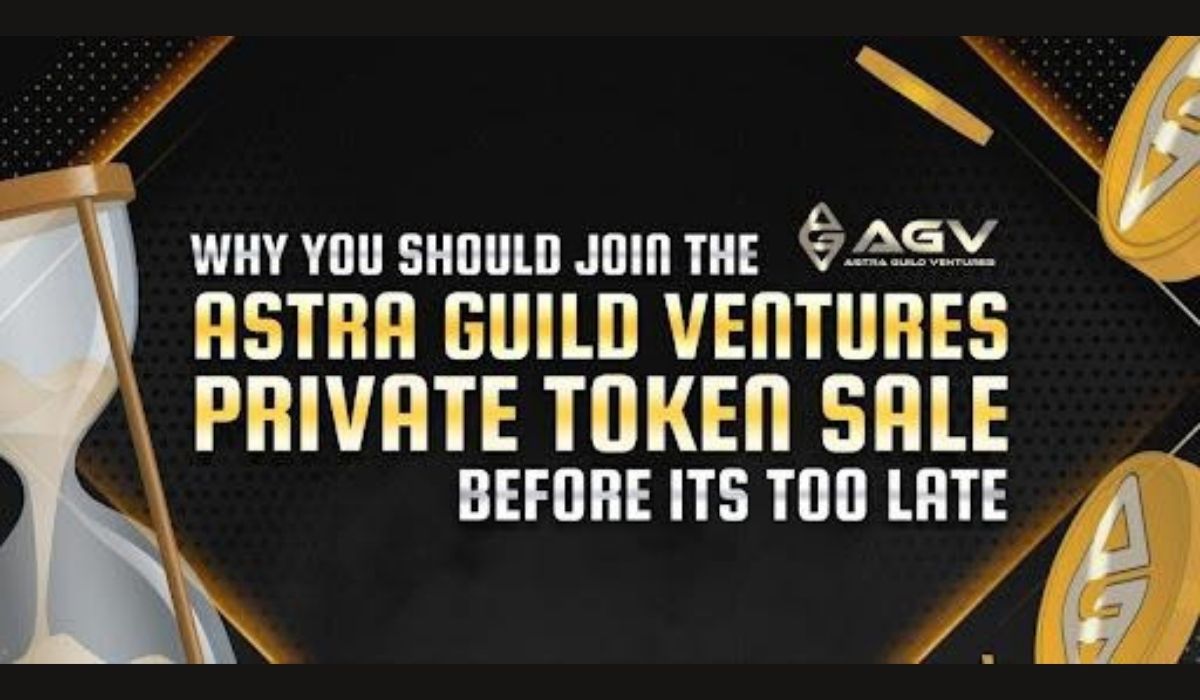 Astra Guild Ventures (AGV), a decentralized autonomous organization for NFTs and P2E games, announced it would be launching its private sale on November 30, 2021, at 2 PM UT.

As per the announcement, AGV’s long-awaited private sale is upon us. The event will take place at the end of this month, welcoming investors from the global communities. AGV plans to launch its Initial DEX Offering (IDO) from December 1 to December 15 on different launchpads following the private sale.

Launched in July 2021, AGV has established over 2000 plus Axie Infinity Scholars and equity in anticipated games. These games include Realms of Ethernity and Kart Racing League developed by Blue Monster Games Inc.

Since its launch, the DAO has successfully raised a total of $5.3 million, $2.3 million in seed funding, and $3 million during a Series A funding round. Notably, these funding events saw the participation of notable crypto investors, including Ronny Roehrig, Moon Carl, Alexander Kondrashov, CSP DAO, and Follow[The]Seed.

“Guilds such as AGV help the economies of P2E games thrive by giving wider access to participation. Other than their great traction and excitement around P2E, AGV’s commitment to truly transparent governance of the DAO and their plans for the platform is clear proof of their intention to provide investors with the power to decide on the DAO’s future. It’s rare to see a project that completely discloses all assets and earnings to all DAO members on the website. You can’t get more transparent than this.”

According to AGV, investors’ increased traction can be attributed to their trust in Astra Guild Ventures to the DAO’s transparency and value for investments. The upcoming funding will reportedly help AGV achieve its vision of becoming the most valuable DAO in the world by 2022. AHV hopes to capitalize on the increasing adoption of NFT assets, NFT play-to-earn games, and other emerging blockchain projects.

Astra Guild Venture is one of the largest play-to-earn gaming guilds. AGV was created to act as a bridge between players and investors to capture the rise of NFT Games by building a community of NFT and blockchain tech leaders, enthusiasts, and contributors worldwide. The project aims to create a completely transparent virtual economy that provides equal value to all stakeholders.