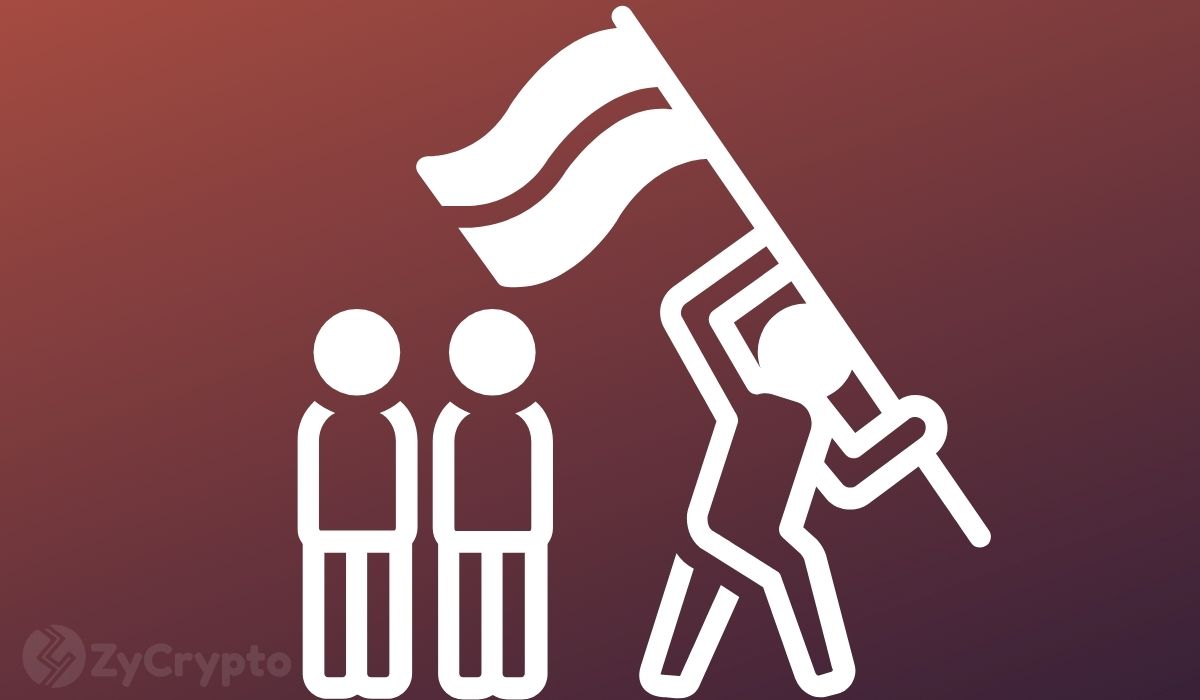 As BTC prices continue to crash and altcoin dominance surpass Bitcoin’s, many ponder on the next feat for the digital asset.

We talked to experts about this and heard their views on what exactly is going on. Here is what they had to say.

“This most recent market drop isn’t a reason to give up on Bitcoin completely – it can and will likely recover again. The nature of the crypto market is unregulated and highly volatile, so fluctuations like this are expected.

Just as in other investment markets, the drop will lead investors to grab more at the perceived low, and then it will rebound. 95% of crypto experts and academics think we won’t see Bitcoin’s peak for several months.

Long-term, the inefficiency and environmental impact of Bitcoin are likely to share more of the market with better, more green altcoin options. If you’re wondering where to invest in crypto, keep in mind these investments are incredibly high-risk and spread your funds among several different coins that seem promising”.

“Bitcoin has been moving toward a gold-like asset in the crypto space for quite a while. It will always be the first currency thought of when people mention cryptocurrency, but the other altcoins simply have more usability, flexibility, and even meme potential (Doge) than Bitcoin does.

You’ll see people holding onto Bitcoin because of its outsized value, which will go up, but the proliferation of other coins will mean it will have a plurality rather than an outsized market position. Once it slips below 50% it’ll land comfortably at a lower number”.

“This is still the beginning for Bitcoin – we are in the early innings. Market dominance is a skewed metric, as countless new coins enter the space and contribute to the altcoin marketcap, naturally diminishing Bitcoin dominance. Further, altcoins beginning to have a life of their own is a sign that crypto is maturing. We are seeing a healthy correction for Bitcoin, which is usually when altcoins shine. The king will eventually rise again”.

“No, the loss of market dominance doesn’t mark the end of Bitcoin but rather that crypto is maturing and actual use cases that generate economic value are surging. Crypto was largely a store of value until fairly recently, and Bitcoin is still the best store of value in the world, but now there is true utility. Bitcoin’s loss of market dominance was just a matter of time”.

“It will not be the end of Bitcoin, but it will be a change for bitcoin. People are realizing the limitations it has in terms of blockchain capabilities and environmental impact. From a payment perspective, it will need to make space for the new coins which are built on the next-generation blockchain. But due to its scarcity, Bitcoin will be around as a “precious” mineral the same way the dollar replaced gold”.

“It’s not the end of Bitcoin, though Bitcoin will likely face a lot of volatility in the next few years as it still confronted with uncertainty / challenges in the legal and regulatory space”.

Kent Barton, Head of Research and Development at Shapeshift

“Throughout its 12-year history, Bitcoin has seen dozens of sharp pullbacks in its price. Some have been prompted by negative news, while others were simply bouts of heavy profit-taking. In each case, those pullbacks were accompanied by misguided speculation that the platform had failed. These skeptical observers missed an important point: Bitcoin is an incredibly resilient network with significant adoption behind it that offers a compelling alternative to the legacy financial system.

As central banks create more money and go deeper into debt, the value proposition for a “Plan B” is increasingly attractive. While potholes do exist on the road to greater adoption—everything from regulatory challenges to widespread confusion about how the technology works—this inflation-driven dynamic has created a powerful incentive for both institutional and retail investors”.

“When we look back on the history of Bitcoin, we see this question asked time and time again. Every time the price of Bitcoin falls, critics are quick to announce that this is the end. However, I think that Bitcoin losing some of its market dominance is not necessarily a bad thing. It simply illustrates that the cryptocurrency market is maturing, and other currencies are coming into focus.

I think that Bitcoin ultimately won’t be a currency for small transactions, but rather a hedge against inflation. So, before it reaches a more stabilized state, it’s natural for Bitcoin to experience volatility along the way. Right now is a very interesting time for cryptocurrency. This is because so many new people got started with crypto in 2021, and Bitcoin was most people’s first purchase.

When there are a lot of newcomers buying crypto at the same time, figures like Elon Musk can take advantage of the situation to manipulate the market. This is what we’re experiencing now on social media. Unfortunately, it’s those short-term holders who will lose their money. On the other hand, when will look at the behavior of long-term holders, they have consistently bought the dips. This is no different.

“Bitcoin does have a chance of losing dominance in my opinion simply due to the fact that other new coins will always be created and the total market cap of ‘other’ coins will always grow. Coin creation is getting easier and easier, even creating exchanges with open-source white-label exchange software has reduced in cost and time. This means that new markets will continue to chip away at Bitcoin’s dominance.

Many people are pointing towards Ethereum as the reason for the reduction of Bitcoin’s dominance which is true because a majority of new coins are being made on the Ethereum ERC-20 protocol.

In the attached chart we can see that Bitcoin dominance was threatened back in July of 2017, and Bitcoin never got the chance to reclaim back its dominance of 80%. It now is returning back to 40% and considering the time the crypto industry has had to mature that it is not unreasonable for Bitcoin dominance to be reduced to around 25% for the first time.

In my opinion, it does not matter if Bitcoin dominance is reduced because it just means that the crypto pie has grown larger and that means more crypto platforms, ideas, and opportunities. Bitcoin dominance could one day be only 10% to 20% with the majority of the cryptocurrency capitalization going towards ‘others’ which is a mix of smaller unknown coins”.

“The relative strength index (RSI) of the crypto market (here BTC dominance and ETH/XBT) is far from having reached extreme valuations compared to its history from March to July 2017. So there is still a chance that altcoins will rebound. If we take this comparison, we can legitimately think that there will be some back and forth at different thresholds before the RSI BTC dominance returns to the 50 level (neutral zone) or even higher to weaken the rise of altcoins.

As a reminder: the VIX index “fear index” in the stock market is something to watch as it can catalyze this rise in BTC dominance; a consequence of a general pullback of altcoins to BTC value while waiting to unload again during the next cycle”.

“Bitcoin is down over 20% in the last week. In fact, the entire crypto market cap fell by 23% over the last five days. Remember volatility? It is real, and this is not the first time we have witnessed this. In a major event last year, BTC fell by almost 50% and then witnessed a stellar 1000% growth in one year.

While Tesla’s decision to stop accepting BTC as payment has been the trigger for the BTC dip, institutions are buying it; the market has seen an institutional investment of $10B over the past month. MicroStrategy just bought $10.0 million worth of BTC.

There is manipulation & FUD driving a significant BTC dip – whether it is temporary, or a long-term phenomenon is a hard thing to comment on at the moment. It is not the volatility that’s concerning, but the fact that the market is responding to one person’s opinion, indicating that the crypto landscape is still young and sensitive to individual-driven sentiment.

With individuals moving the market so much, we still have some time before we see true decentralization, but it will definitely be interesting to witness where we go from here”.