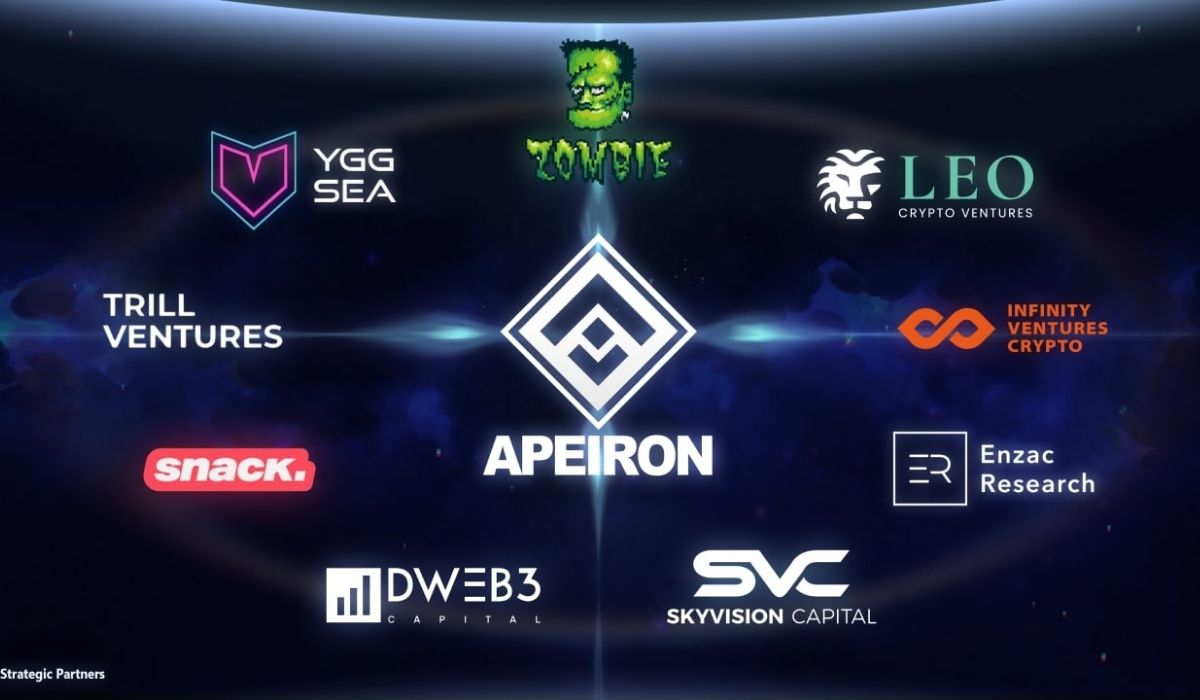 Foonie Magus announces Apeiron, the world’s first Play and Earn (P&E) god-game on the blockchain, has raised three million dollars in its preseed valuation, a historic first for NFT games.

This up-and-coming crypto game has been making waves in the GameFi community with its stunning gameplay teasers, revolutionary tri-token economy, and rich mythological settings. Apeiron takes the classic gameplay of god-games like Black and White and Populous and refines and updates it for the modern era, bringing in elements of Roguelike RPG dungeon delving, planet building simulations, and Alliance PvP endgame in one comprehensive package.

Players will be able to earn NFTs in the form of Planets, Stars, and Relics. They will be able to breed new NFTs using a holy ritual known as Celestial Conjunction, where the essence of two Planets is used to produce a third. All the while, through simply playing the game, players will be given opportunities to earn tokens, which can be exchanged on the marketplace for real cryptocurrency.

Notably, CEO Frank Cheng has drawn a line in the sand between Apeiron and other play-to-earn games: “We believe that at the end of the day, games should be enjoyable and NOT work. Money and work tend to take the enjoyment out of entertainment experiences. We are gamers at heart…and our focus is on creating games with great gameplay, friendly social dynamics, and epic moments. Earning is secondary in the equation and more like a bonus that rewards dedication, skill, and teamwork.”

Apeiron has a fully diluted valuation of 50 million dollars and has attracted a number of strategic partners who are excited by the project. Zombieclub, Asia’s first Web3 thinktank with both celebrity and technology conglomerate backing, has identified Apeiron as an early zombie to help revolutionize and promote best practices in Web3 space. The game has also won the backing of Enzac Research and Skyvision Capital, veteran teams in the Web3 space offering in-depth experience and professional support to ensure Apeiron reaches and surpasses its potential.

In the gaming sphere, across the world, up-and-coming crypto gaming DAOs and gaming guilds have rallied to Apeiron’s banner, including YGGSEA and FreedomNation from Southeast Asia and SnackclubGG from Latin America. These early believers will set the stage for Apeiron’s epic Alliance-level guild vs guild battles for the heart of the godiverse.

In the crypto sphere, Leo Ventures, IVC, and Trill Ventures are new crypto venture funds with passionate teams looking to build something lasting in the metaverse and who are thrilled to back Apeiron’s grand vision for the long term.

Finally, Sing Tsang and Aither Global are real-world franchising partners helping to build bridges between the metaverse and the physical world with storytelling and merchandising.

The groundswell of popular support and partnerships makes Apeiron one of the brightest prospects among the new wave of NFT games. Foonie Magus will hold Apeiron’s first Planet NFT pre-sale in March 2022. The game is scheduled to launch in late 2022.