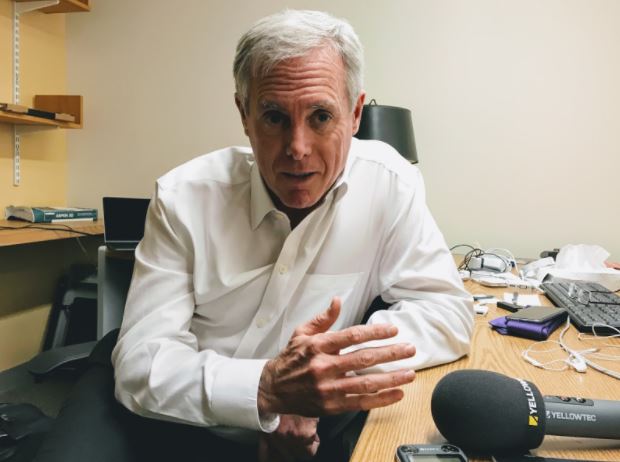 Some have claimed cryptocurrency to be a budding world changing technology, while others are not convinced cryptocurrency is worth anything.  Bill Harris, the founder of Personal Capital and original CEO of PayPal, is among the latter. The financial expert obviously does not believe in bitcoin’s future and in fact had some very harsh words for cryptocurrency in general.
In an opinion piece he penned for Redcode.net, Harris proclaims that bitcoin has no value.  In his declaration, Harris does not mince words and pans cryptocurrency as something that would be a “comic sideshow” if it weren’t for its actual harming of citizens and financial institutions alike.

“It’s a colossal pump-and-dump scheme, the likes of which the world has never seen,” Harris said.  He went on to say, “the losers are ill-informed buyers caught up in the spiral of greed. The result is a massive transfer of wealth from ordinary families to internet promoters.”

Harris argues that the not only does bitcoin attract bad actors and criminals, but that he cannot see any other use for cryptocurrency besides criminal activity such as tax evasion and trading of contraband.
According to Harris, the basic function of cryptocurrencies working at their best can only harm society. In an unmistakable fashion, Harris totally ripped bitcoin, calling it “the biggest scam in history”
Ultimately, Harris is calling for the SEC to step in and regulate cryptocurrencies to prevent the carnage from what he sees to be its eventual inevitable downfall.
We have heard this line of reasoning from other financial experts in the past.  Jamie Dimon, CEO of JP Morgan Chase has ripped bitcoin consistently and Richard Turnill, BlackRock’s global chief investment strategist has told investors to only bet on bitcoin if they are prepared for total loss.
Stern warnings from financial heavy hitters like JP Morgan Chase and BlackRock have probably contributed to the volatility of the crypto market; however, a recent survey by Thomson Reuters has found that financial institutions are widely considering entering the crypto game.
To many cryptocurrency is not understood.  With cryptocurrency still in its developmental stages, a bulk of the even the tech world still does not fully grasp its capabilities or its intentions.
Cryptocurrency’s earliest iterations of shady dealings and concealment of asset sources have shown many its dark underbelly. For the health of the crypto market and the further development of the technology, it is imperative for industry leaders to deliver common use cases in the near future.