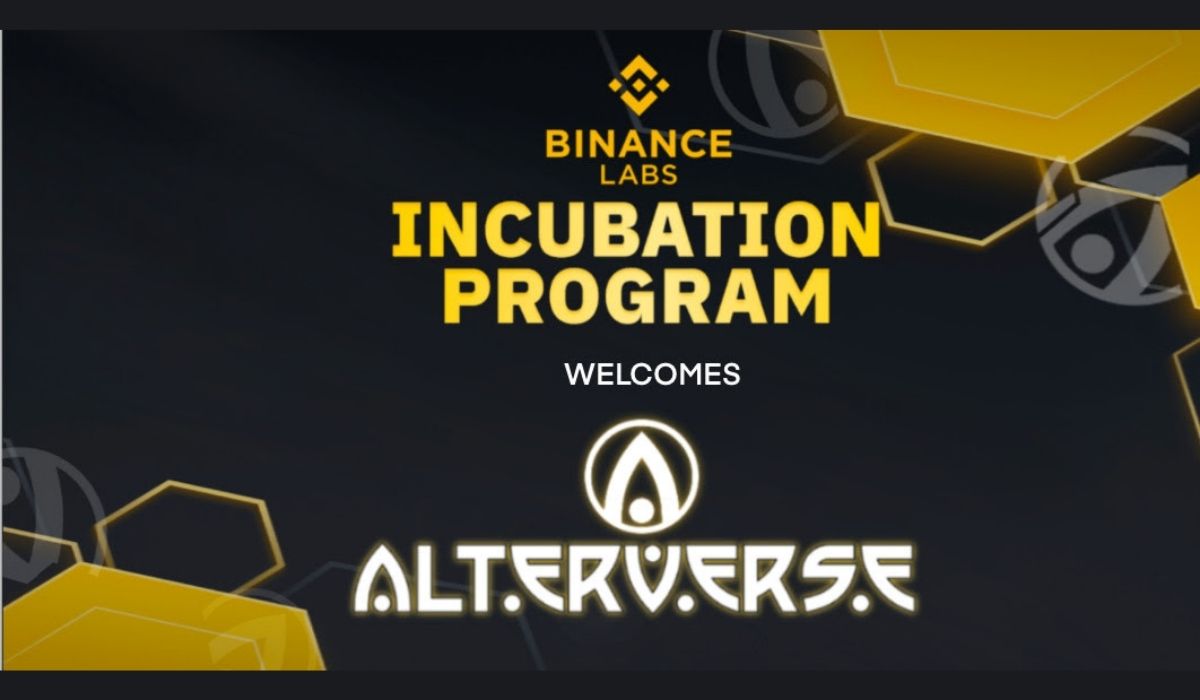 AlterVerse has been selected to participate in Season 4 of the Binance Labs Incubation Program which will start on Thursday, May 5, 2022.

The incubation program will include eight weeks of guided mentorship from a wide range of experts. The incubation program showcases the most promising blockchain projects worldwide. The program was created to help increase mainstream crypto adoption globally by providing access to introductions to an extensive network of industry leaders, PR, marketing, technical execution, recruiting, and holistic support around regulatory or legal advice.

There were 500 applicants but only 14 applicants were chosen to be included in Season 4. The 14, including AlterVerse, represent different sectors of the crypto industry including DeFi, SocialFi, infrastructure, NFTs, Fintech, gaming, exchanges, and more.

Being included in the program is a big step for AlterVerse and the team is looking forward to working with Binance Labs during the event. Reportedly, at the end of the program, AlterVerse will be attending Demo Day which will allow the team to pitch to a wide audience of partners and mentors. Note, Demo Day provides the perfect opportunity to bring on new mentors but also develop new strategic partnerships.

AlterVerse is an immersive metaverse gaming experience built with Unreal Engine 5. Still, under development, the platform allows buyers to buy land, build, socialize, shop, gather resources, trade items, craft NFTs, and play to earn in many ways in its Sky City. Sky City is a community Server similar to Decentraland or the Sandbox.

Since its launch, AlterVerse has formed strategic partnerships within the space including ones with organizations such as the top 100 crypto coins and tokens by market cap. The project has also partnered up with various crypto platforms, DAOs, NFT artists, launchpads, 3D design groups, and more.

Last year, AterVerse announced it was creating Meta Servers built on the Unreal Engine and the Enjin NFT platform. Meta Servers allow for the creation of interconnected 3D worlds accessible from anywhere through a Master Server system similar to Root Servers on the internet.  AlterVerse also plans to introduce Rekta, a hardcore survival game set to launch in Q1 of 2023.