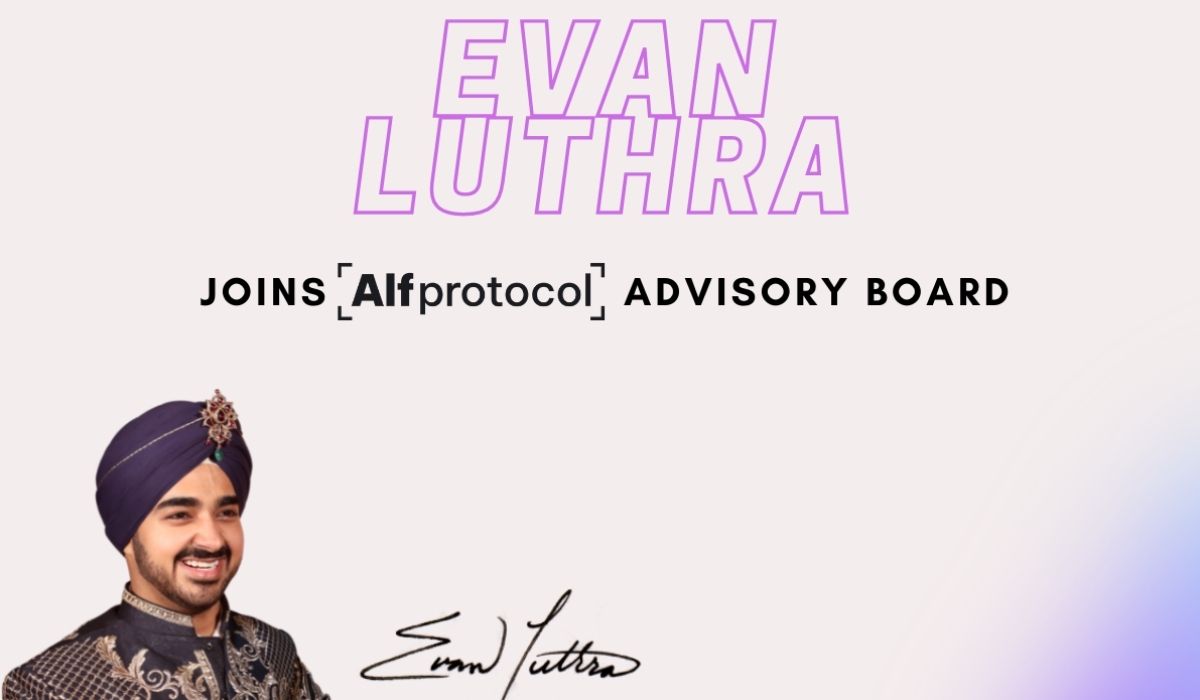 Alfprotocol, a leveraged yield farming and liquidity provision protocol based on the Solana blockchain has welcomed Prominent Entrepreneur and Angel Investor Evan Luthra as a new member of its board of advisors to start joining efforts together for the future of Alfprotocol.

Evan Luthra is a highly recognized Indian billionaire who owns a funding venture Startup Studio Online through which he invests in fast-growing technologies across a variety of divisions like food, tech, travel, fintech, nightlife, food, and beverage, lifestyle, artificial intelligence, entertainment, fashion and lots more.

Evan Luthra has gained interest in the potential for blockchain technology to globally improve the lives of millions of people after he began to venture into the blockchain industry.

Alfprotocol on the other hand is a protocol for capital deployment on Solana that is committed to offering liquidity provision and yielding farming services to users. The team behind the project understands that liquidity and swift trading processes are major concerns that have fascinated the interest of many in the blockchain ecosystem, as such the project seeks to help blockchain users to improve capital efficiency and facilitate more liquid blockchain asset class markets.

Following Evan’s interest to contribute to the success of the Alf Project, Alfprotocol is thrilled to announce that its advisory board has been reinforced with the presence of Indian billionaire Evan Luthra.

While expressing his delights on the new collaboration, Matas the CEO of Alfprotocol said, “It’s a great achievement to onboard an advisor such as Evan. His experience, value, and massive worldwide influence are priceless and I’m thrilled to start working with him!”

Evan Luthra further acknowledged the competence and efficiency of the protocol saying;

“Alfprotocol can set the new standards of DeFi on the Solana blockchain. After the call with the CEO, it is clear that the team competence and experience is high enough and It’s great to join the advisory board of Alfprotocol!”.