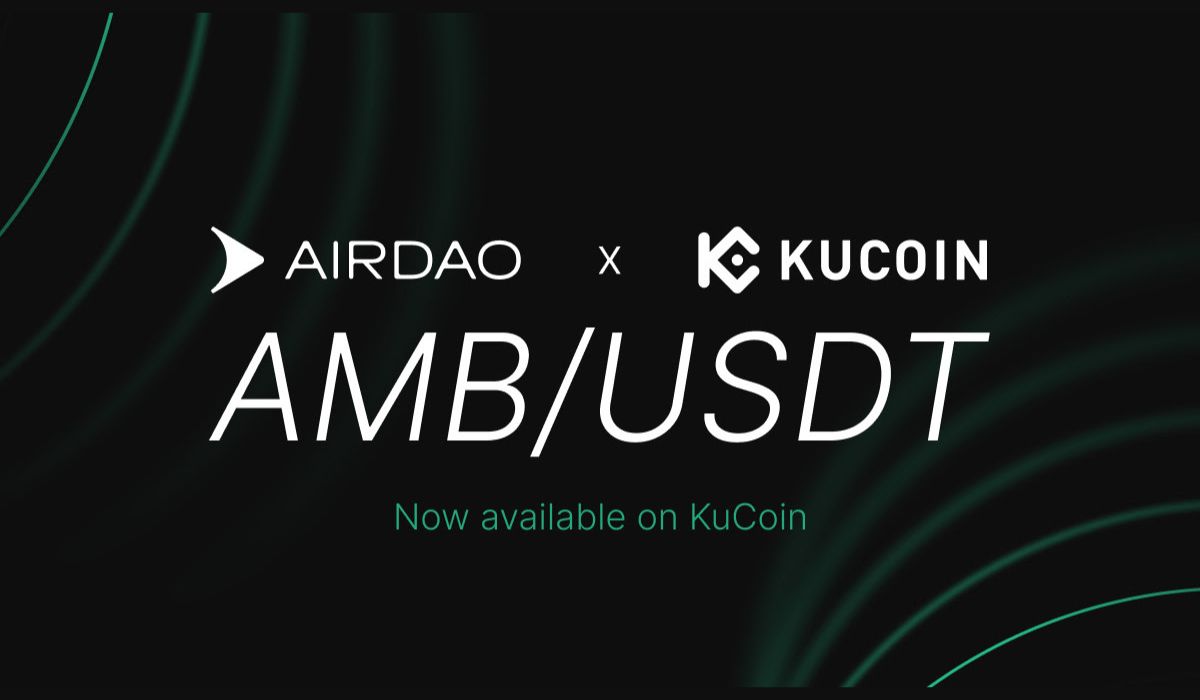 On November 9th, KuCoin announced it would list the $AMB token from AirDAO with a USDT pairing.

With this news, KuCoin’s 25 million users worldwide will be able to take part in AirDAO’s emerging DeFi ecosystem, further expanding its already sizable user base across the globe and marking yet another exciting exchange listing for AirDAO. As part of the festivities surrounding the listing, KuCoin is hosting a Net Holding competition with $30,000 worth of $AMB tokens as the prize pool. KuCoin will conduct a Twitter airdrop and a participation reward campaign to publicise the listing further.

AirDAO, formerly known as Ambrosus, is the first decentralized autonomous organization (DAO) to manage a layer-one blockchain. The Ambrosus Network (AMB-NET) is a fast, ultra-secure, layer-one blockchain with low-cost transactions. The flagship AirDAO Dashboard streamlines the complexities of DeFi trading into a unified, user-friendly interface of cutting-edge Decentralized Applications (dApps).

KuCoin was established in 2017; it has rapidly expanded from its original seven co-founders to a global team of more than a thousand employees. Trading volume on the KuCoin platform has snowballed, surpassing $2 trillion cumulatively, with the highest single-day trading volume exceeding $30 billion. Kucoin uses cutting-edge technologies to create useful services that make the blockchain revolution more accessible, so its goals and AirDAO’s goal of building a simple but powerful cryptocurrency dashboard to facilitate global adoption of Web3 are well aligned.